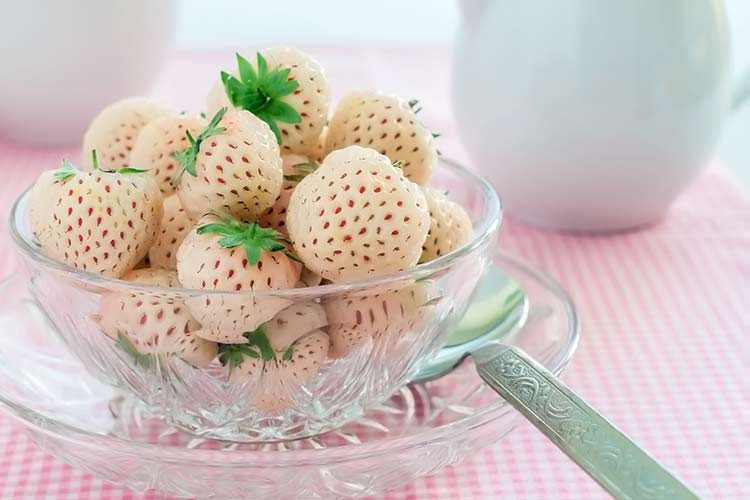 Eat your greens! That’s a phrase you’ve heard before. But one you never heard as a kid was that you should “eat your pale and pasty veggies!”

When it comes to plants, everyone focuses on the colors. Purple vegetables and blue fruits are all the rage, in addition to the more monotonous greens, reds, and oranges.

Guess what? It turns out that the populous is right… mostly.

A lot of white fruits and edible plants aren’t very nutritious for you. Sure, they’re low calorie and pack more nutrients than processed foods, but they can’t hold a candle to [most] of their colored counterparts. 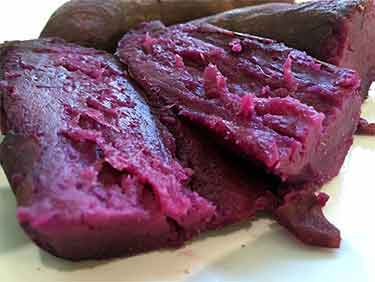 Take sweet potatoes as an example.

The white Murasaki have 70% fewer antioxidants than the standard orange. When compared to purple sweet potatoes, they are a whopping 90% lower! This trend is seen throughout the plant kingdom.

The reason for this is because most – but not all – antioxidants come in the form of pigments.

The anthocyanins produces the blues, purples, and reds. The orange in your standard yam and carrot come from a carotenoid known as beta-carotene (vitamin A). The green is from chlorophyll. The deep reds of beets are from betacyanins. The list goes on and on.

To date over 6,000 flavonoids in plants have been identified… and those are only one category of antioxidants! For carotenoids, there are some 600 and those include lycopene, lutein, and zeaxanthin. (1)

Whatever category of antioxidants you’re talking about, the majority of them in the plant world are colored.

This of course begs the question, are white vegetables bad for you?

They can be a rich source of minerals and certain types of vitamins, including vitamin C, vitamin K, and the B vitamins like folate, niacin, riboflavin, pantothenic acid, and B6. For energy (calories) you will get comparable amounts of carbohydrates as the colored. White vegetables and fruits will also have comparable trends of dietary fiber, protein, and very low fat content. So yes, they are still good for you, but they tend to have fewer antioxidants and little vitamin A.

Even the demonized white potato has many positive things going for it. 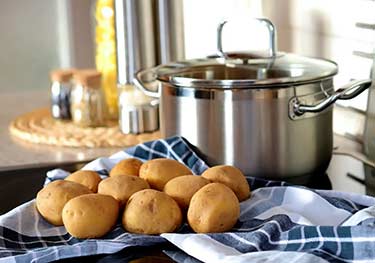 According to the USDA National Nutrient Database, one medium white baked potato offers you the following (2):

The 36g of carbs are what’s most criticized, but that’s only around 10% of your recommended daily carb intake.

Nutritionists actually recommend that most of your energy come from carbs. The problem is that we eat too many of them and the Achilles of this potato is that it’s not a slow digesting carb.

However, it still offers you over 20% of your daily value of potassium, over 10% for phosphorus, magnesium, and manganese, and even small amounts of iron and zinc. It packs quite a variety of B vitamins to boot.

White vegetables contain pigments called anthoxanthins, which include flavones, flavonols, and flavonones. Depending on the plant’s pH these pigments can vary from bright white to yellow.

Some of these are extremely potent antioxidants, including kaempferol, quercetin, and rutin. But since they’re all whitish, you can’t visually discern as to which white fruits and vegetables have high amounts of them. 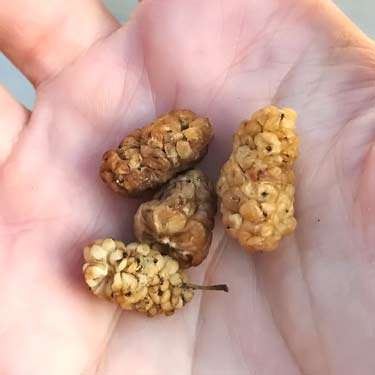 They have no pigment when plump and fresh. Can you guess what these dried berries are?

Even though the lighter-colored plants tend to have less antioxidant content, that’s only an average and not a rule.

There are some standout white superfoods in this category which beat their colored cousins. A fruit with 40% more antioxidants than acai. A colorless berry that has 33% more than blueberries.

In order for you choose the healthiest, we have listed them here and ranked them by antioxidant content using ORAC values.

Measuring what exactly antioxidants do in the human body is impossible, but the ORAC testing methodology is the best way to measure free radical scavenging capacity in the lab. It is believed that higher values in the lab may correlate with more activity in the body.

Elsewhere you will see lists of vegetables that are white and they will include things like ginger. That’s more yellow-brown, right? Some others they list are even more of a stretch.

For our definition, we tried to stick with those which really are close to white. At least for the part that you eat. Some have colored skins and peels which are discarded, while the bright flesh inside is what’s eaten. We included those.

If the vast majority of the edible portion was not white, we left it out. For example, bok choy is pearl at the base, but the top half is green. Since all is eaten, it’s not really fair to include it here.

The term vegetable is cultural – not botanical – but we split them between that and fruit to make the list easier to understand (because some you probably haven’t heard of before).

For some of the foods, ORAC values have not been measured. We have left them in along with our analysis as to whether there’s much good inside, based on other compositional analysis.

None of these are noteworthy. Sure, garlic is about 1,000 points higher than blueberries, but remember the ORAC values are based on a 100 gram sample. The USDA reports the average garlic clove as weighing 3 grams, which means you would have to eat 33 cloves to realize that ORAC value! Eating that same weight of blueberries would be just one serving. 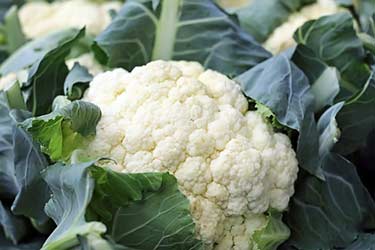 What are white vegetables good for?

It’s not antioxidants, but other potential benefits for health. There is an immense amount of research about cruciferous vegetables and cancer, due to unique compounds they have known as glucosinolates. White cauliflower has them too. Although not a cruciferous, garlic has also shown some remarkable antiproliferative activity in research. Garlic for colds is another area of interest being studied.

Is there a white fruit that’s healthy? Yes, but only a couple excel in antioxidant content…

For those with low ORAC values, unfortunately most have nothing else going for them.

Dragon fruit is hyped as the new alternative for the acai bowl, but even the red dragon is low for antioxidants, with only an 760 ORAC. And did we mention it’s a total ripoff?

Its antioxidant content isn’t awful, but the soursop and cancer research is the big story about that particular fruit.

There are very few edible white berries. The mulberry comes in many colors, but the most popular one for eating is the cream colored variety. It’s the one with 33% more antioxidants than blueberries and happens to be one of the highest sources of resveratrol. The benefits of mulberries make it a good choice for daily use. 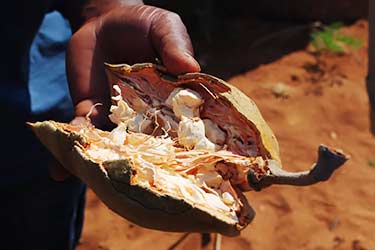 In the wild, what do elephants eat? When they can get their trunks on it, the exotic African baobab fruit is a favorite food of theirs. You can’t buy them fresh outside of Africa, but you can buy the dried powder which is what the ORAC of 140,000 was measured with. That’s a value which is significantly higher than acai.

Baobab has almost no taste, which is actually a good thing because it means you can blend a tablespoon into your protein shake, oatmeal, or whatever else without ruining the flavor. You can buy baobab powder on Amazon. Being that it has a healthy amount of fiber and almost no sugar, this white fruit is good for you in multiple ways.
These statements have not been evaluated by the Food and Drug Administration. This product is not intended to diagnose, treat, cure, or prevent any disease.