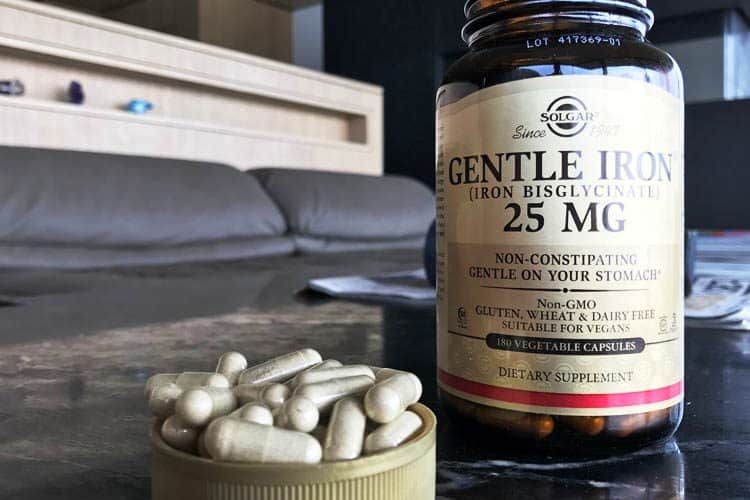 According to The Lancet, roughly one-third of the world’s population suffers from anemia. (1)

The World Health Organization pegs the number slightly lower, at 24.8%. (2)

Either figure is shockingly high!

In the United States, it’s been estimated that 5.6% of the population has anemia and 1.5% has moderate-severe anemia. That means about 18.5 and 5 million Americans, respectively. (3)

While it’s true that iron deficiency is one of the most common causes of anemia, there are a plethora of other medical conditions which can necessitate the need for supplementation.

Excess blood loss, especially in women from menstruation, endurance athletes, intestinal abnormalities that interfere with the absorption of essential minerals and vitamins, aplastic anemia, some cancers, and countless other diseases and conditions.

Not too long ago, one of us here at Superfoodly experienced a sharp drop in iron levels after starting a treatment for bone marrow failure. The iron binding capacity (transferrin) was normal both before and after.

However, blood serum levels and stores of the mineral (ferritin levels) plummeted within weeks of starting treatment.

Why? Because the production of red blood cells and hemoglobin shot up.

Since iron is the building block of these, the body spent what it had on hand.

In short, this 30 year vegetarian and 10 vegan had never had an iron deficiency. Quite the opposite actually; consistently healthy levels. However, the stimulation of the bone marrow to produce more blood led to an immediate deficiency in this essential mineral.

These were the measurements before treatment and after starting: 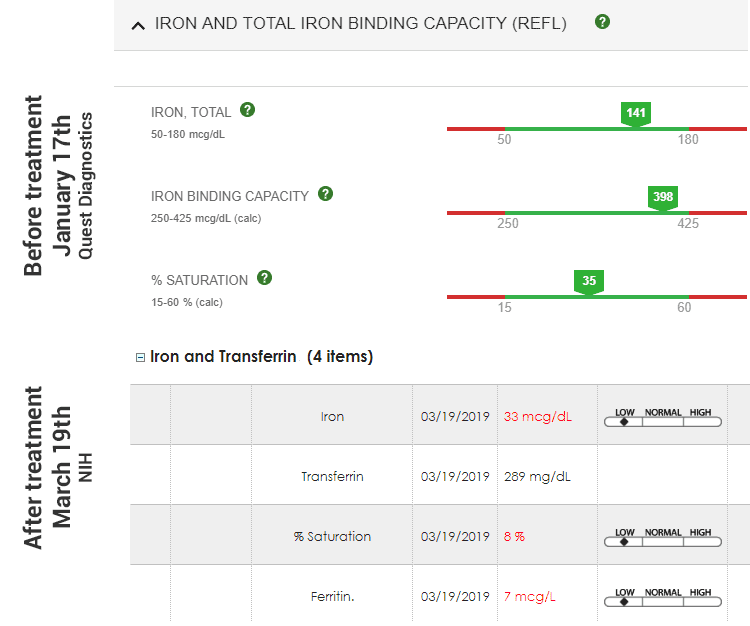 So what fix did the doctor recommend?

That was the advice of a hematologist, before correcting himself and chuckling… as her forgot the patient was plant-based!

Of course he recommended that due to the fact that heme iron is only found in animal-based foods – e.g. red meat.

It’s been reported that at least 95% of the usable iron in the human body is in the heme form. If not acquired through dietary sources (i.e. meat) the body converts non-heme iron from plants into heme.

The advantage of heme iron supplements is that they are more readily absorbed. Our bodies do not have to convert them to make them usable for blood production.

The disadvantage of heme iron is that high intakes are associated with a number of diseases and adverse health conditions (4):

According to The American Journal of Clinical Nutrition, in the typical omnivorous human diet, even though heme iron only represents 10-15% of the total iron intake from foods, it’s responsible for 40% or more of the total absorbed iron. (5)

Believe it or not, there really isn’t concrete and conclusive data to prove exactly how much or what percentage of each type typically gets absorbed.

What can be said conclusively is that heme has significantly better bioavailability; probably several-fold. (6)

Since the only natural sources of it are animal-derived foods, such as meats, poultry, and eggs, there is no such thing as a naturally occurring plant-based heme iron supplement. 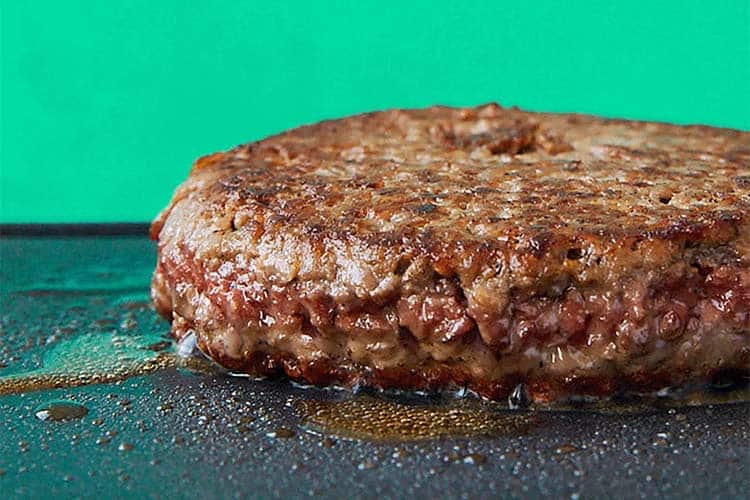 In 2013, Impossible Foods Inc. filed a patent for creating heme iron using a fermentation process, without animal-derived components. However, the fermentation is only possible through the use of genetically modified organisms (GMOs).

The yeast has been genetically engineered to produce heme iron.

The patent was approved in 2017 and the following year, the FDA granted the company the status of GRAS (generally recognized as safe) for this component. Today it is used as a key ingredient in their flagship product, the Impossible Burger. It’s what differentiates it from their closest competitor, Beyond Burger. (7)

Impossible Foods does not sell vegan heme iron supplements, nor do they license their plant-based method of producing it to other companies. As such, a heme supplement for vegans does not exist.

What is the best supplement?

The good news is that very few iron supplements use heme. The few that do, such as VitaHeme and Proferrin, make it from the blood of cows or other animals. Gross!

The vast majority on the market source this mineral from non-food sources. However, many are not vegan friendly for a different reason; they use gelatin for the capsules, pills, and gummies.

Among those which use veggie capsules, the offerings are diverse:

There’s also dextran, sucrose, and ferric gluconate among many other forms. The above brands are examples only, as almost every type has countless different brands which use it.

The best vegan iron supplement will be one with high bioavailability, while having the fewest side effects. Those made using iron bisglycinate chelate, such as Solgar’s Gentle Iron, meet those requirements.

After analyzing medical research, supplement reviews, and trying a couple different types of iron, the person here at Superfoodly settled on these bisglycinate chelate veggie capsules. Unlike many other forms which are notorious for causing constipation, none were experienced with this type.

How much to use?

Even though it’s an essential mineral, taking too much is bad for you. All you have to do is look at a rusty piece of steel to see the corrosive nature of iron when it oxidizes. That’s oxidative stress and it occurs in your body, too.

Potential constipation and side effects aside, the other reason you don’t want to overdose on iron is because your body is limited in how much it can absorb. The excess causes side effects and oxidative stress in the digestive tract, without helping your anemia by a greater amount.

In the past, those with moderate to severe anemia were often advised to supplement with 200 to 600 mg per day, however recent studies within the past decade or two have demonstrated that dosages which are a tiny fraction of that may be just as effective, or nearly so. (8)

The hematologist treating one of us had recommended 60 to 120 mg per day, or less if that dose caused side effects.

Since each capsule is 25 mg, that equated to 4-5 capsules per day, spread out over a 24 hour period. This has been found to be more effective, rather than taking a large dosage once per day.

Of course, consult with your doctor for your dosing and before starting any supplement.