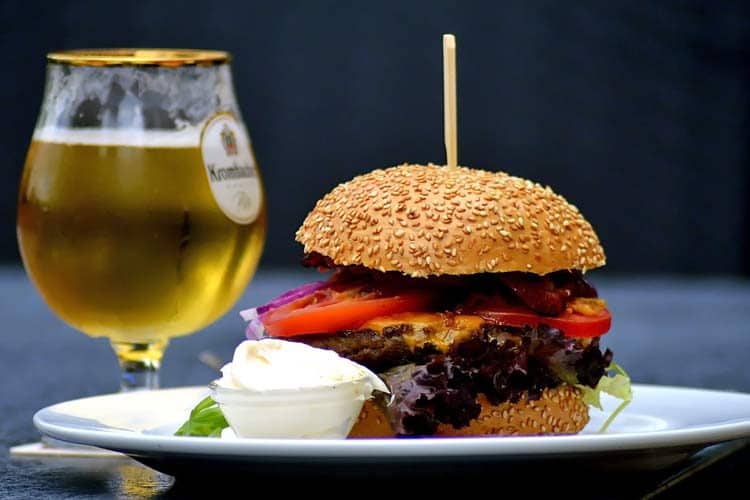 What Not To Eat: Worst Foods For Ulcerative Colitis Per Study

This type of inflammatory bowel disease (IBD) causes inflammation and ulcers in the colon and rectum. That doesn’t happened with irritable bowel syndrome (IBS), which is a different disease.

Side effects of ulcerative colitis (UC) can include severe abdominal pain, bloody diarrhea, anemia, and more.

As with many autoimmune diseases, people tend to go through periods of healthy bowel movements, followed by debilitating episodes. This back and forth can occur with no apparent pattern.

The root cause of UC remains unknown and scientists are only beginning to understand which foods – statistically speaking – are most likely to cause (or correlate) with a flare up.

This has led to UC diet plans and cookbooks coming up with all sorts of their own recommendations and theories.

While some of these are rooted in science, others seem to be based on the equivalence of old wives’ tales.

Surprisingly, the category of food that has some of the most incriminating evidence rarely shows up on those lists of what not to eat.

What more is that the chemical culprit in this one food category may be shared with some of the other commonly cited categories, too.

Diverticulitis is similar to UC but the inflammation occurs in the sigmoid colon, while UC affects all or most of the colon. The following info will be relevant to those with diverticulitis, too.

It has been theorized that:

“A reduced capacity to detoxify hydrogen sulphide may be implicated in the pathogenesis of inflammatory bowel disease.”

Our colons constantly producc hydrogen sulphide and to break it down, the liver produces S-Adenosylmethionine (SAMe).

SAMe circulates through the blood and its purpose is to be a methyl donor. That means it “donates” specific molecules; one carbon atom bonded to three hydrogen atoms (CH3). These are needed for many cellular reactions in the body, including the detox of hydrogen sulfide (sulfur).

In a human study out of Denmark, it was found that while patients with “moderate” Crohn’s disease and ulcerative colitis had normal levels of SAMe, those with “severe” forms had unusually low amounts:

In theory, this low amount of SAMe might lead to excess hydrogen sulfide, since SAMe is needed for the detox processes of breaking it down. (1)

Is it just a coincidence that many of the foods people say you shouldn’t eat with UC are also rich in sulfuric compounds?

What your poop says

In a study where the feces of healthy individuals was compared to those with UC, it was reported that:

“Sulfate-reducing bacteria (SRB) were the predominant bacterial group (of five examined) for UC inocula whereas they were the minority group for the healthy inocula.”

Translated to plain English, those with UC had more sulfate-eating bacteria.

Hydrogen sulfide is that rotten egg smell. Aside from literally being created by rotten eggs, it’s also what you smell from a fart. Or at least a really bad one. That hydrogen sulfide gas comes from these bacteria.

If you think the awful smell is the worst of it, think again.

In your gut, hydrogen sulfide helps to regulate inflammation and motility. If you have too much that regulation may get messed up. It’s a toxin that’s useful in small amounts but excess is unhealthy. (2)

However for these bacteria in your gut to make too much of it, they need to be munching on the right fuel in the first place; foods with the ingredients needed to produce hydrogen sulfide.

So what are those foods?

Technically only the first two are incorporated into proteins, but all are sulfur-containing amino acids found in foods. (4)

In the 90’s there was a small study involving four UC colitis sufferers. Their daily battle with bloody diarrhea improved significantly when they reduced the amount of these aminos in their diet. (5)

You may say four people, so what?!

That’s how many UC patients participated in a later study out of the UK.

A total of 191 ulcerative colitis sufferers were followed for one year. Nutrient intake was monitored using a food frequency questionnaire listing 107 types of food. (6)

Unbeknownst to the patients, those 107 foods were categorized by the researchers into these 11 food groups:

By having the researchers categorize foods rather than the patients, the results should be more accurate.

After the year was up, which of the 11 food groups correlated most with colitis flare ups?

Vegetables were almost no effect either at 1.01.

The worst offender was one you rarely see on those UC diet lists:

By far, the biggest offenders were meats and eggs, which just so happen to be very rich in sulfur-containing aminos.

In fact, one of those four aminos – taurine – is only found in animal-derived foods. You won’t find it in plant-based foods and since it’s non-essential, there’s no need to consume it.

Aside from animal proteins, what else?

So even vegan junk food could be an offender. As the authors point out, even seemingly neutral foods like bread have a wide variation in sulfate content, depending on whether it was homemade-quality or processed. Dried fruits, which you frequently see on lists of the worst foods for ulcerative colitis, typically use sulfur dioxide as their preservative.

“Similarly, a high alcohol intake was associated with an increased risk of relapse and many alcoholic drinks contain large amounts of sulfates as additives.”

Wine and beer tend to be high in sulfates.

While this is just a pilot study and more need to be done to draw a conclusion, the evidence makes sense; foods rich in sulfuric amino acids or added sulfur can increase the production of hydrogen sulfide. In UC suffers, research suggests this is extra problematic.

Which foods have the most?

When it comes to vegetables, few people are eating large quantities of the sulfur-rich types – e.g. cruciferous vegetables like broccoli and Brussels sprouts.

Even if you ate the standard serving of Brussels sprouts – 7 of them – that equals 70 mg of sulfur.

Other common vegetables with a higher concentration are raw cabbage and boiled spinach. Those each have 90 mg of sulfur per 100g (3.5 oz).

Those are all small amounts relative to how much there is in meats.

Is white meat better? Not really, as chicken comes in worse at 300 mg.

Meats and eggs are naturally high sulfur foods, because of they contain high amounts of the amino acids:

If you suffer from ulcerative colitis or diverticulitis and want to try reducing your intake of these sulfuric aminos, consider switching out some of your meat and egg intake for plant-based proteins. On a gram for gram basis, you will see that most have lower ratios of these when comparing their amino acid profiles. Instead of whey powder, consider sprouted pumpkin seed protein.