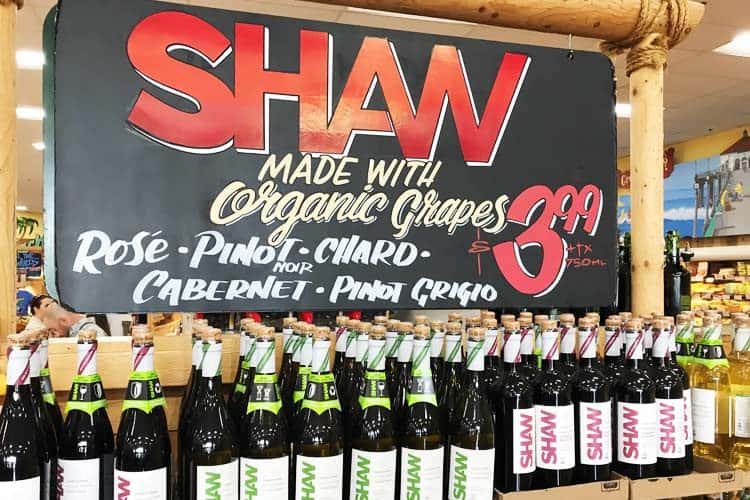 When “Two-Buck Chuck” hit the market in 2002, it was an overnight sensation. A bottle of Cab or White Zin that tasted good – for just $1.99!

Thanks to inflation, today it’s more like $2.99 (plus CRV) at most Trader Joe’s locations. Though its popularity hasn’t waned, nor have the myths and legends surrounding Charles Shaw.

No, Mr. Shaw wasn’t selling it at bargain basement prices to stick it to his ex-wife, post-divorce.

The story about airlines being unable to use corkscrews post 9/11, so they dumped their wine on the market dirt cheap… that’s a myth, too. Perhaps a plausible lie in 2002, but not over 15 years later!

The truth is that Mr. Shaw hasn’t had any part in the winery that bears his name since the 1980’s. Deep in debt, the relatively small winery was sold off.

The name lives on thanks to Bronco, which is the company that owns the Charles Shaw brand name. Best known for their Franzia boxed wine, this parent company kept the Chuck label in the backpocket until they had a use for it; partnering with Trader Joe’s to develop an ultra-low cost wine.

Now we have the next chapter of the story…

Four buck luck, as we like to call it. Because you’re quite lucky to find a certified organic wine for such a steal. 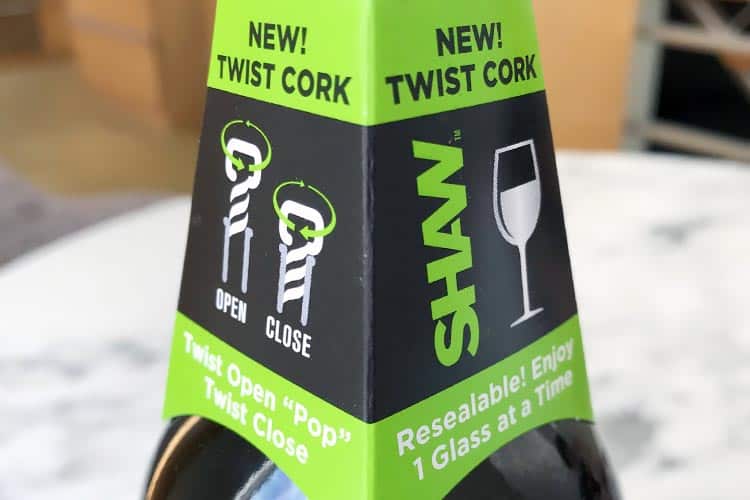 Plus, the new nifty resealable twist cork is an added benefit. Now you can drink one glass at a time without it going bad.

Their Secco Prosecco from Italy is $4.99. The Kono Sauvignon Black from New Zealand is $8.99. What’s better than these and the other bestsellers at Trader Joe’s are their new organic wine selection, at just $3.99 a bottle. Organic Charles Shaw is available in Pinot Noir, Chardonnay, Cabernet Sauvignon, Rosé, and even Pinot Grigio. It’s better for both taste and health.

Now to be clear, we don’t mean to elude that alcohol is healthy. Even trivial amounts promote oxidative damage.

Nor are we ones to fall for the fad of organic foods being healthier by default. Often times, they’re not. Or the benefit is too negligible to warrant the expense.

However in the case of wine, if you can pay a buck more for an organic bottle, it’s totally worth it.

Grapes are on the dirty dozen produce list, because they repeatedly demonstrate high levels of pesticide residue in tests.

Specifically, up to 56 different pesticides. This includes those which are carcinogenic like iprodione, hormone disruptors like difenoconazole, the neurotoxin phosmet, and myclobutanil which is linked to birth and developmental abnormalities. (1)

Obviously, you shouldn’t be drinking while pregnant. The point we’re trying to make is that grapes are a crop which are particularly susceptible to pests and diseases. As such, they get heavily treated with pesticides.

Considering that it takes anywhere from 600-800 grapes just to make one bottle of wine, it’s a tainted food you’re eating – err, drinking – in high quantity. 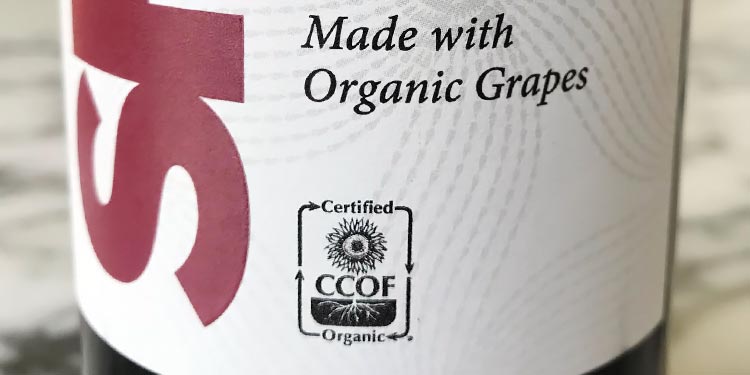 All of the Trader Joe’s organic wines are verified via California Certified Organic Farmers (CCOF), which is a USDA-accredited organic certifying agency.

The grapes are grown at Cottonwood Creek Vineyards, which are located in Madera, CA. Bronco Wines already sells organic under the Cottonwood label. Now they’re rebranding some for TJ’s.

Quality aside, it’s hard finding organic wine for under $10 at Whole Foods, Kroger, Meijer, or just about anywhere else. To find some at under $5 a bottle is a bargain.

By the way, Wine.com sells a white table and red wine blend from Cottonwood Creek for $8.99 each.

Claims that red wine is good for your heart and health are largely bogus.

They’re embellished. Wishful thinking. Because don’t we all want justification for such an indulgence!

Still, we typically only drink the lesser of the evils – red vs. white wines – since they are more potent, albeit still trivial, sources of resveratrol. Overall, reds demonstrate significantly higher antioxidant activity according to ORAC values testing.

Not healthy, but less bad.

Compared to regular Two-Buck Chuck, it has the same percentage of alcohol; 12.5%.

The taste however is different. 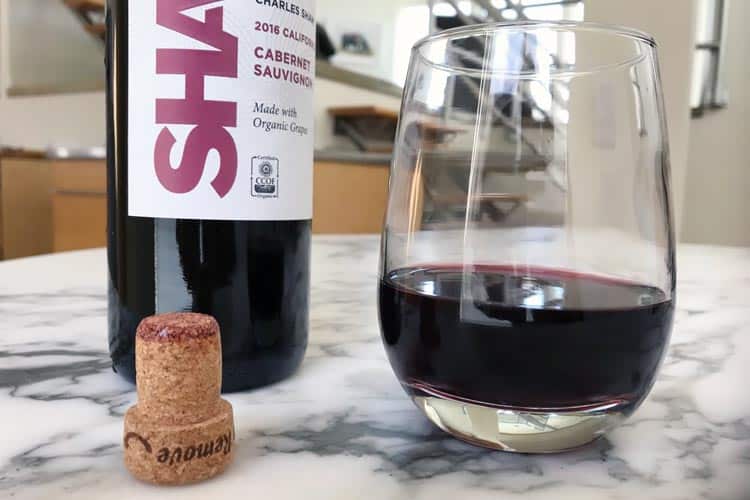 The Charles Shaw organic Cabernet is spicy, peppery, and more intense on the front, while going down easy without burn. Low acidity. This is in stark contrast to their regular Cab, which leaves a heartburn-like feeling in the throat. Their organic wine has a hint of citrus flavor and the aroma of blackberry. It’s a tamer profile, not pungent like their non-organic. A depth that lasts and flavor that follows your taste buds.

Because it’s milder, it can work well with heavier meals. Obviously, pasta with marinara is one perfect match.

Though in full disclosure, we’re no sommeliers. Just average folks who reckon it’s a good tasting wine for a great price.

You can’t find the Charles Shaw organic at all Trader Joe’s locations. At least not yet. We bought it at the Manhattan Beach, California store. A welcome treat, being it’s among the most expensive zip codes in Los Angeles with overpriced grocers like Bristol Farms (where you will pay a pretty penny for organic).

Outside of SoCal, the rollout is sporadic. Though within the near future, you can expect to experience some four-buck luck with your local store. As with the original some 16 years ago, this too will be a smash hit no doubt.