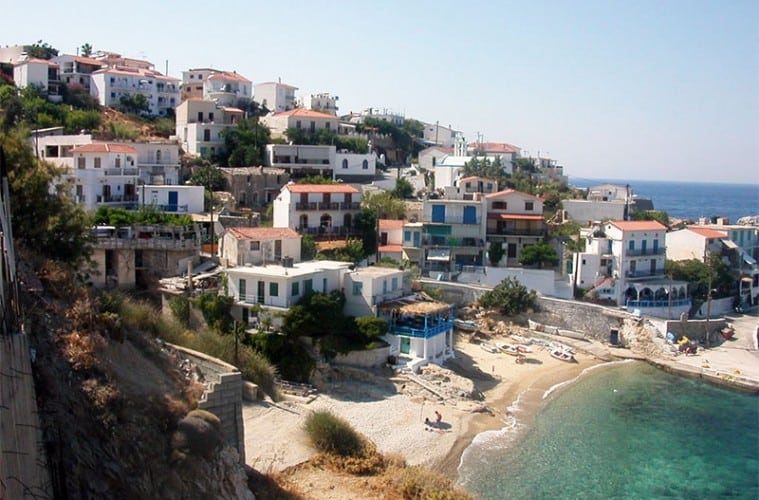 The Ikarian Diet: The Best-Kept Secret in Longevity?

An island of less than 100 square miles, Ikaria – which is sometimes spelled Icaria – contains natural hot springs that in ancient times, were a popular health retreat for Greeks. Currently, Ikaria is home to about 10,000 Greek residents and continues to draw attention, though nowadays as much for its natural beauty as for the unusual longevity of its inhabitants.

Ikaria is considered a Blue Zone, one of a short list of places throughout the world where people tend to live longer, healthier lives. To date, five Blue Zones have been identified: the Italian island of Sardinia; Okinawa, Japan; Loma Linda California; Costa Rica’s Nicoya Peninsula and the Greek island of Ikaria.

More than twice as many Ikarians reach the age of 90 compared to Americans. Whereas in Okinawa longevity seems to favor women, in Ikaria, it is the men who are particularly long-lived, with four times as many living into their 90’s as American men. And those that do live longer tend to be in more robust health, with less need for costly, high-tech medical care than their American counterparts.

When Ikarians develop cancer or heart disease they are, on average, 8 to 10 years older than Americans at the time of diagnosis1. Depression and dementia are rare in Ikaria, occurring at a rate only 35% of that in the U.S., where the costs associated with soaring rates of Alzheimer’s disease are reaching economy-crippling proportions. 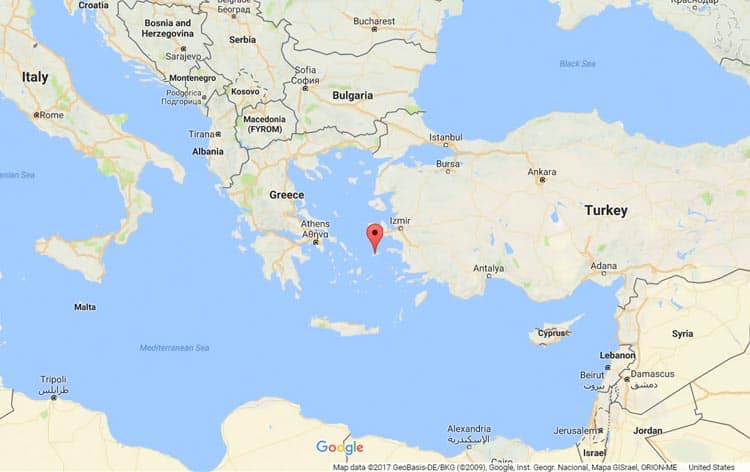 The island’s isolation – it lies 10 hours by boat from Athens, has allowed Ikaria to remain largely untouched by the fast-paced, consumer-driven Western lifestyle along with its processed convenience foods. The Ikarian culture, inclusive and community-oriented rather than individualistic, is a product of the island’s geographic isolation. 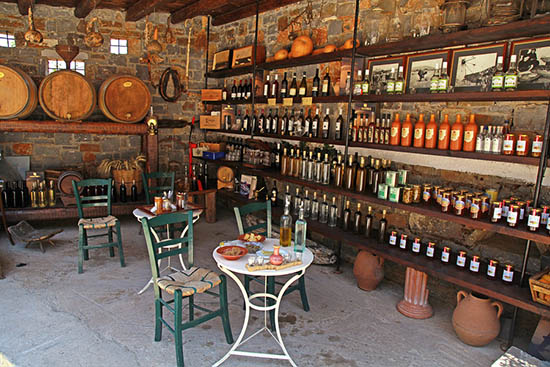 With no natural harbors and subject to high winds, Ikaria was excluded by the shipping industry, forcing its residents to become self-sufficient and ultimately immune to the ills of development and industrialization.

Exercise is integral part of daily life on Ikaria and much of it takes place outdoors in fresh air and sunshine. Gardening affords a good amount of exercise and suburban sprawl is non-existent, making it possible for people there to walk most places they need to go to. In the evenings, they frequently fill their time with dancing.

As a result, the Ikarian lifestyle provides residents with an ongoing sense of purpose and the culture is one that respects and reveres the elderly. Thought to be a key ingredient in the recipe for a long life, the Ikarian’s relaxed lifestyle might seem a bit counterintuititve to the “early to bed, early to rise” maxim. Ikarians stay up late at night, sleep late in the morning and indulge in lots of afternoon naps. Clocks and watches do not have a place on this island. Instead, Ikarians go to sleep and wake up according to their body’s internal clock. 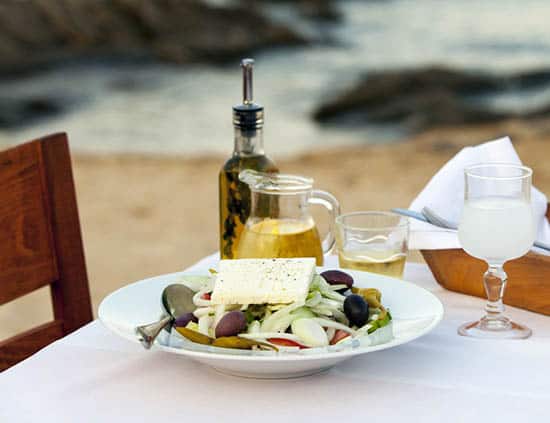 Upon arising at around 10:00 a.m., a typical Ikarian breakfast includes goat’s milk yogurt, herbal tea or coffee, whole grain bread and local honey. Ikarians are even known to have a little wine with their morning meal.

At lunch, beans, legumes and potatoes, along with fresh garden vegetables comprise the meal, prepared with liberal quantities of olive oil. Locally-caught wild fish may also appear on the menu. Meat, often a pig raised in the family’s backyard is eaten sparingly.

A family will typically slaughter just one animal per year and ration the meat in small portions over several weeks or months. This keeps the amount of saturated fat in their diets to a minimum. The Ikarian diet is notable for being nearly devoid of processed sugar, white flour and other refined, processed foods.

Ikarians generally eat a late lunch followed by an afternoon nap, a routine that everyone follows, ensuring that their afternoons are quiet and leisurely. Their restful afternoons, a heart-healthy habit also enjoyed by long-lived cultures throughout the world, provide up to 37% reduced risk for heart disease in those who include a nap at least three days per week. A light supper of bread, goat’s milk and vegetables is followed by evening visits with neighbors, at which they enjoy beer or wine.

A tally of the content of macronutrients, i.e. proteins, fats and carbohydrates, of the diet reveals that the average Ikarian eats six times as many beans as the average American and consumes fish about twice a week. One study found that longterm fish consumption of 150 grams per week or more was found to improve kidney function in elderly Ikarians3. Ikarians eat meat only about five times per month. They drink wine moderately but not too moderately, averaging two to four glasses per day and they might drink two or three cups of coffee per day, on average. 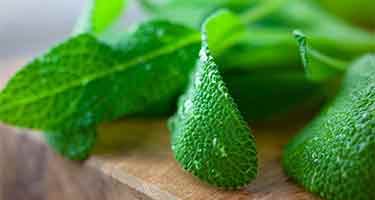 Most Ikarians have a family garden where they work daily. High-quality, fresh-picked, home-grown organic produce comprises the bulk of their diet. Additionally, Ikarians have developed a rich herbal tradition. Wild-harvested herbs such as marjoram, sage, mint, rosemary and dandelion are concocted into beverages, the flavor of which changes seasonally according to whichever herbs are ready to be harvested.

Packed with powerful antioxidants and health-restorative and protective compounds, these delicious herbal brews add a medicinal component to their already-healthy mostly plant-based diet. For example, many of the herbs have diuretic effects, which may help keep Ikarians’ blood pressure naturally low by excreting excess sodium.

Some of the health benefits of Ikaria’s staple foods and native herbs: