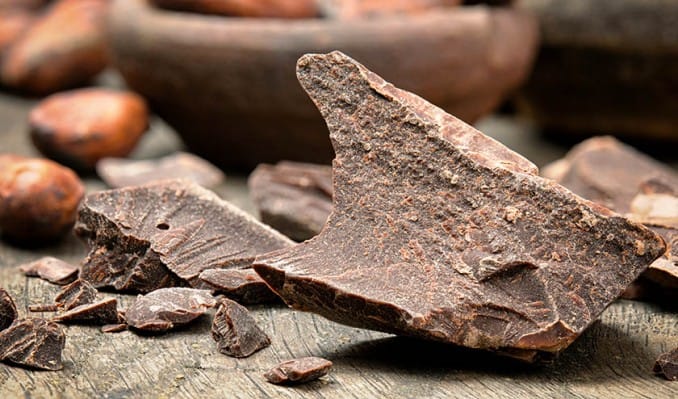 The Surprising Health Benefits of Polyphenols

Polyphenols are the most abundant source of antioxidants in the human diet; however, their effects are still largely unknown due to a lack of research. It is postulated that we take in up to a gram of polyphenols in one day, which is roughly 10 times the amount of Vitamin C and 100 times the amount of Vitamin E that we ingest. Since they make up such a large part of our dietary antioxidants, it is difficult to believe that so little is known about them.

Polyphenols are found in many plants and plant-derived beverages such as berries, pears, grapes, red wine, apples, olives, legumes, juices, teas, coffee, cocoa and chocolate. They are also found in herbs and spices, such as chili peppers, turmeric, rosemary, thyme, sage, parsley and mint.

Just like other types of antioxidants, polyphenols protect the body from oxidative stress caused by free radicals. Also, similar to their other antioxidant counterparts, polyphenols are made of a variety of chemical structures and they perform different tasks within the body, so it is important to include a variety of polyphenol sources in a healthy diet.

It was not until the 1990s that polyphenols were even mentioned in nutritional literature. Before the 1990s, antioxidant studies generally focused on vitamins and minerals. Their late discovery was due in part to the complexity and variation of their chemical structures. 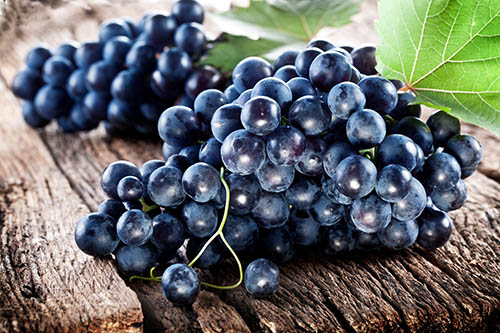 There are four groups of polyphenols: phenolic acid, flavonoids, lignans and stilbenes.

Hydroxycinnimic acid is found in high concentrations in coffee, blueberries and kiwis. They play an important role in free radical scavenging and are, therefore, beneficial for their anti-cancer properties.

Both types of phenolic acid have also been studied for their antimicrobial properties, which are beneficial in combating bacteria that attack healthy or weakened immune systems.

Flavonoids are divided into three classes: flavones, isoflavonoids and neoflavonoids. All classes of flavonoids are made up of ketone-containing compounds. These compounds make up the most common types of polyphenols in the human diet.

Flavonoids occur in significant amounts in citrus fruits, berries, dark chocolate (chocolate with a cacao content of 70 percent or higher), red wine, and teas. Flavonoids can be considered the most important polyphenols in the human diet since they are the most ubiquitous; therefore, they have been studied more extensively than the other polyphenol antioxidants.

Based on in vitro (test tube laboratory) studies, flavonoids may have even higher antioxidant activity than the well-documented Vitamin C and Vitamin E. They are postulated to have many medicinal properties, so they may work to combat existent diseases such as various types of cancer and cardiovascular disease.

According to the preliminary results of one UCLA study, smokers who consumed a variety of flavonoids in their diet were at a reduced risk for developing lung cancer. The array of health benefits of flavonoids, like other polyphenols, is still largely undocumented but from what is already known, they are important elements of a healthy diet.

Lignans, another group of polyphenols, are found in plants as phytoestrogens. These are estrogen-like chemical compounds that have antioxidative properties. They are most commonly found in seeds and cereal grains such as sesame seeds, flax seeds, wheat bran and soybeans. Lignans have seven documented subcategories: pinoresinol, sesamin, syringaresinol, lariciresinol, secoisolariciresinol, matairesinol and hydroxymatairesinol. 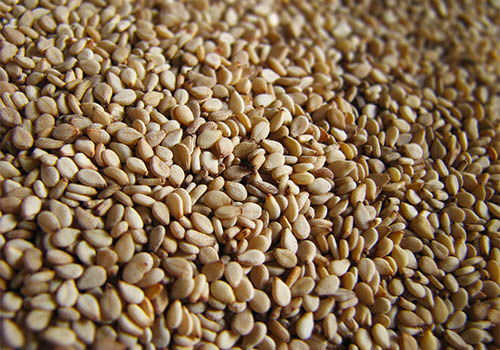 Sesame seeds are rich in lignans

Lignans are currently being studied for their wealth of antioxidative properties. They are known to be great free-radical scavengers, they are able to bind to estrogen receptors and are thought to play in important role in restoring healthy breast tissue while combating breast cancer. The effects of lignans on prostate and colon cancer may have similar effects as those on breast cancer cells.

Stilbenes are present in such small quantities in the human diet that they are sometimes not mentioned as antioxidant phenols along with phenolic acids, flavonoids, and lignans.

Human stilbene consumption is usually found in red wine and, though small in quantity, may have large health effects on longevity and brain health. Resveratrol, a stilbene found in red wine has been shown to have anti-cancer, blood-sugar lowering and anti-inflammatory effects in mice and rats.

Another study found that resveratrol increased cell heme oxygenase activity which may lead to resistance against a scope of neurological disorders such as Parkinson’s, Alzheimer’s and stroke. These studies are still ongoing and not yet conclusive.

Polyphenols, in all their forms, are important to cardiovascular health, overall healthy cellular longevity, and possibly neurological health. They are on the forefront of an exciting new wave of nutritional biochemistry, and knowledge of their health benefits is sure to become more widespread in the years to come.