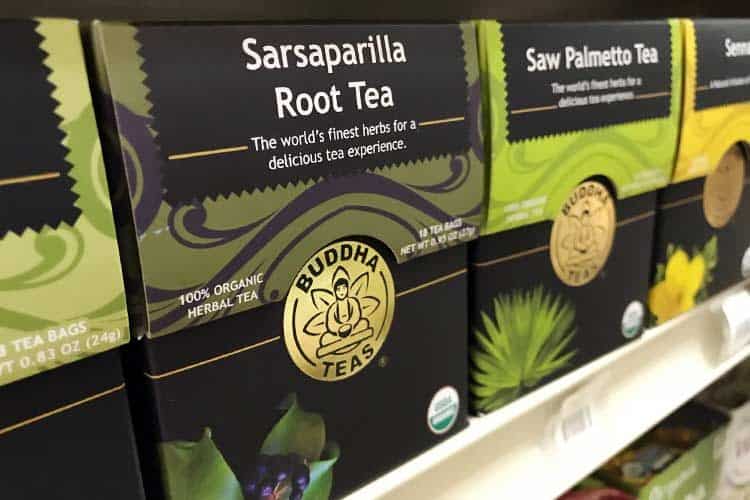 Is root beer and sarsaparilla the same thing?

Usually not. Up until the mid-20th century, root beer was primarily made using the sassafras bark. That’s similar sounding, yet different than the sarsaparilla plant. Due to its poisonous safrole, sassafras root beer was substituted with artificial and natural flavors. Sarsaparilla is sometimes used for natural flavoring, but you’re unlikely to find it in A&W, Barq’s, IBC and similar.

Safrole is genotoxic and carcinogenic, which is why the use of sassafras was banned in root beer. Technically it can still be used if the safrole is removed, though few brands embark on such an expense. (1)

In lower amounts, safrole is also found in the spices nutmeg and star anise.

The difference between sassafras and sarsaparilla is immense. They’re not the same species. The Sassafras albidum is a large tree native to North America and eastern Asia. Smilax ornata (sarsaparilla) is a tropical vine loosely related to the lily. It’s native to Mexico and Central America.

The most commonly used species are:

There’s no such thing as a sarsaparilla tree. All are vines. There’s not really a “best” species because they’re closely related and can be used interchangeably, for the most part.

The flavor compounds are derived from the roots of the vine, which are dried and then soaked in alcohol or another solution to extract the essence. Similar to how vanilla is made. As a supplement, it’s sold in a dropper or small vial that looks like essential oil but it’s not the same thing.

Sarsaparilla tastes similar to sassafras. It has hints of caramel, vanilla, licorice, and wintergreen all-in-one. A medicinal-like flavor on its own, when diluted and combined with sugar, the taste is refreshing. It’s also sweeter than sassafras.

Some old-fashioned root beers used both plants and today, the sarsaparilla plant continues to be used in some herbal teas and higher-end carbonated sodas. Those of older generations do generically refer to root beer as being “sarsaparilla” even though most root beers today aren’t made with it. 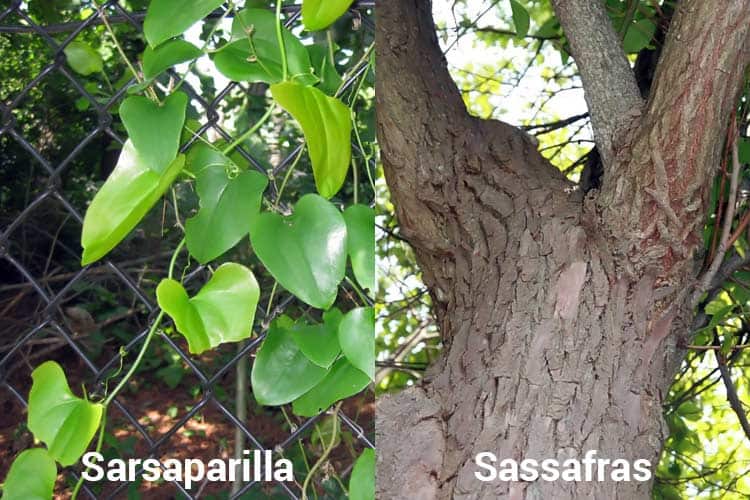 Is sarsaparilla good for you?

Unlike the similar-sounding sassafras which contains toxic safrole, sarsaparilla extract and the drinks made from it are safe. There’s no safrole present in this plant.

When consumed as a flavoring in food, beer, and tea, there are no known side effects of sarsaparilla. As a supplement, it’s possible that the plant’s saponins (sarsasaponin, sarsaparilloside, smilasaponin, and sitosterol glucoside) may cause an upset stomach. This is not unusual, as the side effects of quinoa are caused by the same thing.

Sarsaparilla and hundreds of other edible plants contain saponins and they are not considered dangerous, as the adverse reactions which can result are temporary and relatively benign; stomach ache, cramping, gas and bloating, etc. It takes high amounts for these to occur and by weight, this plant only has 2% saponins according to Medicinal Plants of the World.

One word of caution is that taking or eating sarsaparilla during pregnancy and breastfeeding has never been studied. While there are no known reasons to suspect it’s dangerous to pregnant women, it can’t be claimed as safe without adequate clinical data.

As far as culinary uses, what sarsaparilla is good for includes tea, root beer, real beer, bitters for alcoholic drinks, and as a spice extract for candy recipes. In the Philippines, Coca-Cola owned Cosmos Bottling makes Sarsi, which is a popular soft drink flavored with it. 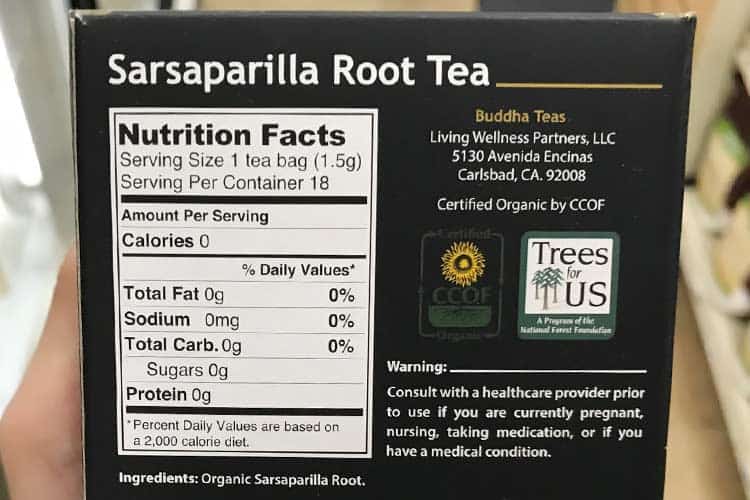 As far as the other common uses for it, those are laden with sugar or alcohol… not exactly superfoods. 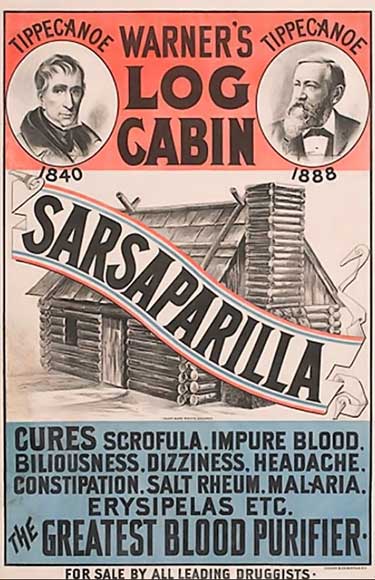 Medicinal uses for sarsaparilla date back hundreds of years. The Smilax ornata species was officially registered in the U.S. Pharmacopoeia from 1820 through 1920 as a syphilis treatment. Teas and tonics made from the roots were used by Native Americans as a remedy for colds, coughs, and skin diseases like ringworm. It was believed to be an aphrodisiac and blood cleanser, too. (2) (3)

By the early 20th century, sarsaparilla was no longer used to treat any disease. Modern pharmaceuticals and antibiotics replaced it. For most historical uses, there is little to no evidence of it working, other than perhaps soothing the symptoms (i.e. inducing sweating in high dosages).

Today there is not sufficient proof that it works for anything and therefore, it should NOT be used to prevent, treat, or cure any disease/condition.

The following are potential benefits it’s being researched for:

In the PubMed database you will find over three dozen pieces of medical literature about this very topic.

The earliest dates back three decades, hailing from a cancer research center out of India. As part of a decoction, they claimed it reduced the growth of oral cancer cells in animal experiments. (4)

Since then, researchers have reported that it contains a unique protein – named smilaxin – that demonstrates antiproliferative potential. That, along with other compounds like kaempferol-7-O-beta-D-glucoside, have shown this in cultured human cancer cells. (5) (6)

To date it has been tested in the lab on liver cancer, the famous cervical line Hela, breast cancer including the MCF-7 cell line, melanoma, colon cancer, and lung cancer. The mechanisms responsible appear to be multifaceted. Programmed cell death (apoptosis), “a significant anti-tumor effect through cell cycle arrest” and positive changes in gene expression have been observed in these experiments. It’s never been tested in humans. (7) (8) (9) (10) (11) (12) (13)

South Korean scientists took human dermal fibroblasts (skin cells) and exposed them to UV irradiation. Some samples were untreated, while others were treated with extracts of Smilax glabra. That species is also known as Chinaroot, as that’s where it natively grows. (14)

No one can say exactly how much antioxidants there are in the pure extract or any food/beverage made from it, like sarsaparilla root tea. None have had their ORAC values measured though one thing is for certain; there are numerous compounds in the plant extract that demonstrate antioxidant activity.

A study done at a Chinese university reported that astilbin, which is a flavonoid compound in this plant, “significantly decreased” uric acid levels in experiments with mice. This was happening by upregulating certain genes. In addition, they said kidney function parameters like creatinine and blood urea nitrogen (BUN) were restored in the mice treated with the astilbin. (15)

That’s not the only paper on the topic, as you will find around a dozen in the PubMed database about this anti-hyperuricemia effect in mice and rat models of gout.

In a mouse model of psoriasis, that same astilbin flavonoid was found to reduce psoriatic lesions. This occurred through measurable changes in keratin formation, T cells, and inflammatory cytokines being produced by their skin. (16)

In addition to astilbin, another study out of India confirmed that the roots of sarsaparilla contain quercetin, which has potent anti-inflammatory effects. It was said to have “anti-psoriatic activity” in a rat model where carrageenan was topically applied to trigger that skin disease. (17)

Given the quercetin content mentioned in #4, it should come as no surprise that the research suggests this plant and extracts made from it show promise for fighting inflammation. It might offer potential benefits for inflammatory conditions like joint pain, rheumatoid arthritis, and swelling from traumatic injury.

Diosgenin is a steroidal sapogenin that “occurs abundantly” in the plant. It’s actually used to synthesize steroids for pharmaceutical uses in humans. Though to be clear, diosgenin itself is not a human steroid as some sources allege. (18)

Polysaccharides from the plant seem to block pro-inflammatory pathways. In cultured cells, it “significantly suppressed” the release of tumor necrosis factor-a (TNF-a), nitric oxide (NO), and interleukin-6 (IL-6). (19)

In a mouse model of arthritis, sarsaparilla doses that were injected reduced swelling from the inflammation and also reduced the weights of their thymus and spleen, which would otherwise be enlarged. On ear and paw edema of rats, it also decreased inflammation. (20) (21) 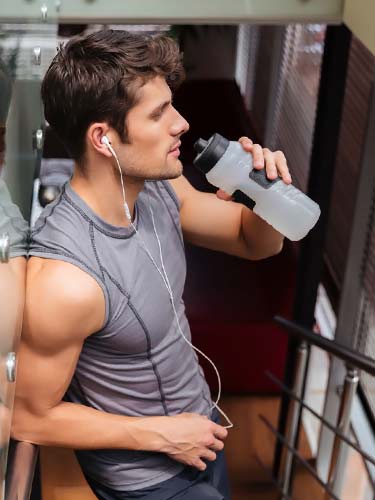 It’s alleged to be a Jamaican remedy for erectile dysfunction. Some bodybuilding supplements include it as a “natural steroid” to support hormone production of testosterone in men, and the female sex hormone progesterone in women. In short, it’s touted to boost levels of one or the other, depending on your gender.

The problem? These claims are a myth.

There’s no evidence or proof that it boosts testosterone, estrogen, or the production of any other human hormone.

It is true that plant steroids in sarsaparilla are used to synthetize the production of human anabolic steroids in the lab, for pharmaceutical use. However, there is no evidence that this happens in the human body after consuming sarsaparilla supplements or tea. Nor is there a reason to suspect it’s possible or likely.

But there is science to suggest it could be beneficial for men in another way.

In a study using castrated rats, a fraction of macroporous resin – which is found in sarsaparilla root – was found to improve benign prostatic hyperplasia (BPH). That’s the official name for an enlarged prostate. The benefit even rivaled the group of rats treated with finasteride, which is a popular medication used for treating BPH. (22)

Sassafras causes liver damage and cancer in animal models, while sarsaparilla seems to do the opposite; protective benefits of the liver have been seen in research.

In a rat study that used it, the group that was given oral doses of sarsaparilla spice twice weekly, for 4 weeks after the injury, had significantly less damage to their livers. This was evident based on levels of serum aminotransferases (ALT and AST), alkaline phosphatase and lactate dehydrogenase. (23)

As part of the Traditional Chinese Medicine decoction called jiedu yanggan gao, in a double-blind study involving 96 humans, it was found to improve chronic hepatitis B. However, being that multiple herbs were part of that decoction, this is not useful for gauging the plant by itself. (24)

Due to the limited amount of research involving this plant, none of the suspected benefits are proven. For that reason, it should only be used as a flavoring or dietary supplement and not for any disease/condition.

The good news is that there isn’t evidence of the opposite… nothing to suggest sarsaparilla is bad for you or unhealthy in any way. So you should enjoy this unique ingredient.

The best ways to use it

There are 3 ways to make sarsaparilla tea: 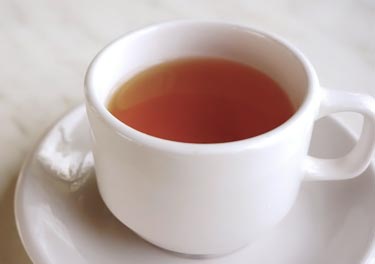 Traditional recipes use just one ingredient; the root. According to Buddha Teas, the instructions for brewing sarsaparilla root are straightforward:

Finding where to buy tea bags of conventional or organic sarsaparilla root can be a challenge.

The only major brand that makes it is Buddha Teas and you won’t find it at most traditional grocers. Even at the higher-end stores like Whole Foods, they may not carry this particular flavor. In the West Los Angeles area, to date we have only seen it sold at one independent health food store. Of course, the easiest solution is to get the tea on Amazon.

The most versatile form is sarsaparilla root powder. You can use that for beverage recipes and as a stand-alone supplement – by either diluting in a glass of water or putting it inside capsules. The brand Starwest Botanicals makes it using the popular Smilax medica species. On Amazon you can buy a 1 lb bulk bag of the powder.

For those who prefer sarsaparilla capsules, hardly any brands make them. There’s Nature’s Way and Nature’s Herbs. For liquid tinctures, try Herb Pharm.