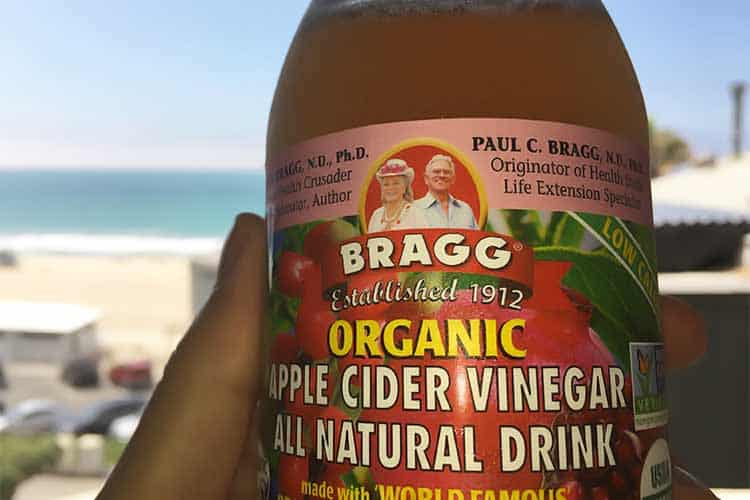 Sure, there are plenty of do-it-yourself beverage recipes for mixing the vinegar with other ingredients, but they can be a hassle when you’re crunched on time.

Buying it premade in a bottle may not be the most cost-efficient, but it definitely is the most time-efficient. For those with busy schedules, it often makes sense to pay for the convenience.

And even if you do prefer to make your own, when you’re away from home or on the road, buying the bottled Bragg drinks may be your only option.

But which are the healthiest? Which should you avoid?

To be clear, we are not endorsing this practice nor making claims about its efficacy, but one of the purported benefits of drinking Braggs apple cider vinegar daily is for weight loss. Being that it is one of the most popular reasons people use the product, we feel it’s important to address it.

If it were some new fad, we may sweep it under the rug. But this is something that has been done “for generations” in a number of North African countries such as Morocco. We dig into the details of that in our apple cider vinegar benefits analysis. 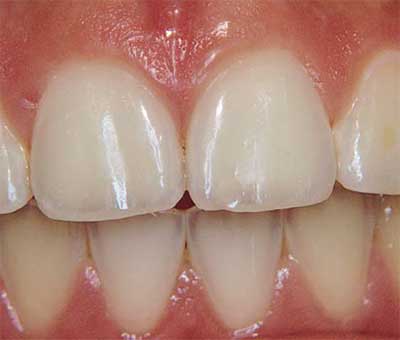 One of the dangers with using it for weight loss is that being a vinegar with 5% acidity, it can damage the enamel of your teeth (the same can be said about other types of vinegars too, as well as lemon juice).

In fact, the aforementioned analysis talks about a medical case study involving a teenage girl who damaged the buccal surfaces of her teeth by reportedly not diluting it sufficiently.

Once your enamel is gone, it’s gone. You don’t grow it back. This is why your dental health is something you don’t want to fool around with.

At least when you buy a Bragg organic apple cider vinegar drink, you know it’s been carefully crafted to have a safe level of acidity.

With the DIY home remedy recipes you read about online, you can bet they’re not conducting tests for nutritional values, acidity percentages, and other important things which can impact your health… either for better or for worse! Of course, this is not to say all homemade versions are bad for you or dangerous, but inevitably a few probably are.

Some pros and cons you can decipher simply by looking at the labels, others not so much. Before we get into the less obvious things, here’s a review of their basic nutrition facts.

When you look at the actual labels on the bottles, each flavor will list half those amounts. That’s because they use 8 ounces for the serving size and count the bottle as two servings.

Being that we – and probably you too – will drink one bottle at a time, we doubled the values for the table to show you the nutrition facts per bottle, since we believe that is a more accurate representation of how much an average person will drink at a given time.

What the 7 flavors have in common 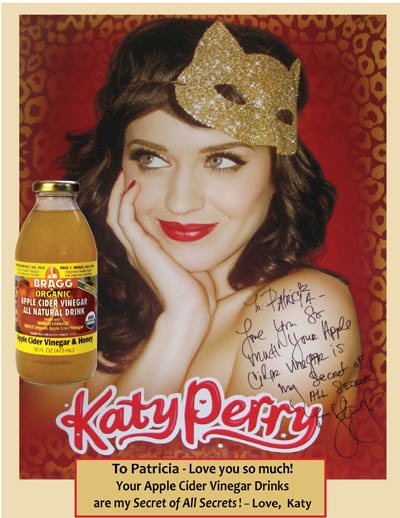 Bragg’s brand has a loyal celebrity following including Madonna, Demi Moore, Fergie, and especially Katy Perry who even before she was famous, was long time friends with Patricia Bragg (they both grew up in Santa Barbara). Image credit: Braggs

Why did we only list how many calories, carbs, and grams of sugar they have? Because aside from that, there’s not a whole lot to report on, at least in terms of what’s on the label. This is because all of them have the following:

Technically for those vitamins and minerals, it says “not a significant source” which in translation, means there might be a minuscule amount, but if there is, it’s too low to even represent 1% of your daily value. So essentially there’s none.

Is drinking ACV healthy then? Absolutely, just not when it comes to getting your essential vitamins and minerals. That isn’t necessarily a bad thing, because you don’t hear people claiming those benefits, anyway.

Rather, they drink it for other health reasons such as digestion and for dieting purposes. Plus, all 7 recipes use allergy-friendly ingredients which are:

Pros and cons for the ingredients 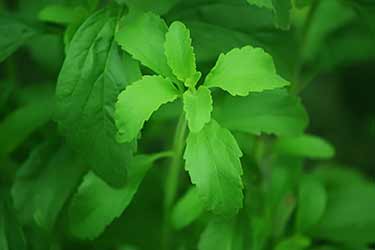 You may view this as either being good or bad.

If you like stevia, the good news is that 6 out of the 7 use it and for those flavors, they’re quite low in sugar since it’s only coming from natural fruit juices. It’s why those flavors are so low calorie.

Hate that nasty stevia aftertaste? Don’t worry, because none of them have that.

Bragg concord grape does have 10 grams of sugar per bottle, but that’s a far cry from say a Pepsi, which contains 55 grams for the same number of ounces.

And unlike the high fructose corn syrup in Pepsi, it’s the natural sugars in the concord juice which are the source. It’s unlikely the acai is adding any… our exposé on acai bowls proves that pure unsweetened acai has practically no sugar content (sadly most bowls use the heavily sweetened Sambazon brand).

In a similar manner, the pomegranate goji flavor is getting it’s sugar content from the pomegranate juice. Goji berries have very little sugar, so that ingredient likely contributes little to the 10 grams in a bottle.

On the flip side, new research suggests stevia side effects may be of concern.

Don’t want stevia? If so, your only option will be the Bragg apple cider vinegar and honey drink. That’s not entirely bad news though, because it does have a yummy taste and at least the 26 grams is coming from honey, instead of some other refined sugar.

1 tablespoon of natural honey has 17.25 grams of sugar, according to the USDA National Nutrient Database (1). Then how much honey is there in a bottle of this drink? About 1.5 tablespoons.

As is the case with almost any premade product, it’s impossible to know exactly how much of each fruit is used in these beverages. Given the low calorie counts though, it can’t be much. 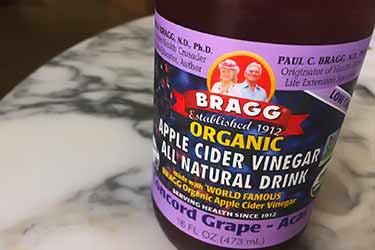 For relevant fruits, here’s a look at their ORAC values, which is a measure of the in vitro antioxidant activity for 100 grams (3.52 ounces) of a given food.

Processing techniques can dramatically alter how much antioxidants there are in a food. As you see, acai is a perfect example of that. The amount in processed juice is lackluster, while freeze-dried powder is truly superfood status. What kind the Bragg concord grape acai uses is unclear.

Even if it were reconstituted powder, the bad news is that the antioxidants in acai degrade quickly from light and oxygen exposure. Since the bottles are clear, we would expect a substantial amount to be gone.

Personally, we enjoy the flavors of all of these and that is what we value in them. We would be hesitant on giving weight to their potential antioxidant content, given that (1) only small amounts are used, (2) natural degradation from light/air occurs, and (3) the manufacturing process.

We may sound Debbie Downer on the health benefits of the fruits, but we have some good news to report on the spices. Here are their ORAC values…

Unlike most fruits and veggies, research has found that spices are much more resistant to antioxidant degradation. Plus, there may be health benefits of cinnamon when it comes to blood sugar.

Not every recipe of theirs contains spice. Have you tried the Bragg apple cinnamon drink? It’s one of our favorite flavors and being that a bottle is just 32 calories and 8 grams of sugar, it’s not too naughty.

Verdict: The best drink flavor is…

…all of them! Since all of us have different dietary goals, to pick one flavor and say it’s best for everybody would not be right. We personally like what all of them taste like, but your flavor preferences may differ. 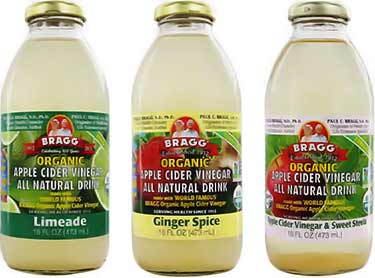 These 3 flavors are the zero calorie options

As far as your health, fitness, and weight loss goals, here are some tips to help you pick the healthiest flavors for your own needs.

Where to buy Bragg drinks?

Most grocery stores, if they even carry them, have a terrible selection. In fact, the largest Whole Foods location in Los Angeles typically only stocks 2 flavors; apple cinnamon and sweet stevia. Sometimes ginger.

Some other co-ops and health food stores have more varieties, but rarely do we ever see more than 3 or 4 flavors at any given store. Never have we found a store that carries all 7.

That’s why we almost always buy them online. Plus, the prices at brick and mortar stores are higher in our area and a few of them even charge sales tax on Bragg drinks. They categorize them as a “dietary supplement” instead of food, and hence, tax them as if you were buying a pair of shoes. Not cool.

Wherever you choose to buy them, these are low calorie beverages you can enjoy and not feel guilty about!