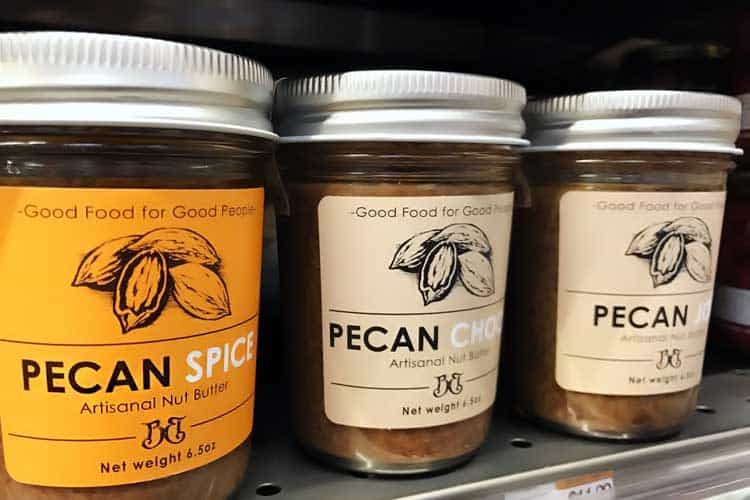 Raw Pecan Butter Has 400% The Antioxidants vs Peanut, Almond

The perception of a food vs. superfood often differs from what the science says.

Take apples. No one views them as that special. Yet their ORAC value – which is a measure of antioxidant activity – can exceed that of fresh goji berries, when you compare equal weights of each.

You will see the same surprises with many nuts.

While technically not a nut, peanuts are a type of legume and a potent source of antioxidants (3,166 ORAC). In their raw form, they are one of the highest natural sources of resveratrol. Rivaling and sometimes even exceeding the content of red wine.

But you never hear that. Instead, all you hear is hysteria about peanuts and airplane allergy attacks.

True, for those who have a severe case, they can be dangerous. But the percentage of the population with a peanut allergy is only 0.6% to 1.0%, according to most estimates made by academia and governmental bodies (1). Even if that rate was underestimated by a magnitude of two or three, it would still a low number. 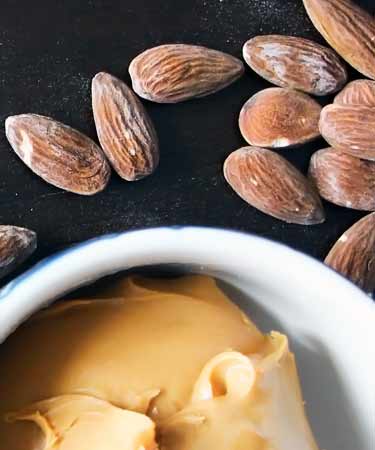 Today, the former is frowned upon, while the latter is considered better. Perhaps that’s because Jif and Skippy were of the yesteryear. You want something more grown-up now.

And you know what? You’re correct for wanting that.

The peanut butters of the past were all heavily laden with added sugar and oils. Sugar or high fructose corn syrup, hydrogenated rapeseed or soybean oils, salt, mono and diglycerides. Total rubbish.

However, pure organic peanut butter without added sugar is quite good for you.

Smucker’s, Trader Joe’s, and Whole Foods brand each make a jar without that bad stuff inside. The nutrition facts for those 100% pure versions will be about 210 calories per serving (2 tablespoons), 8 grams of protein, and only 2 grams of naturally occurring sugar.

Not to throw peanut butter under the bus, but it may take 2nd place if you compare it versus almond butter.

On an equal weight basis, both nuts before processing have almost the exact same calorie count (less than a 2% difference). After being ground up though, pure PB is denser and therefore more caloric.

When it comes to antioxidants, raw almond’s ORAC of 4,544 works out to be 40% higher versus peanut.

You can buy a 1 lb. jar of USDA certified organic unsalted peanut butter without oil for around $7 to $8.

For pure almond butter, the price will likely set you back $18 to $20. At least for organic.

You may only be paying “only” $12 to $16 for Justin’s Classic, but they use conventionally grown and if you read the ingredients, even Justin’s Classic almond butter contains palm oil. The other flavors are loaded with sweeteners like cane sugar, maple sugar, as well as flavors like chocolate, vanilla, and sea salt.

That is why they taste so good. They’re watered down with tasty things.

Likewise for Jem nut butters. At least their products are raw and oil free, but they’re still bad for your blood sugar, especially if you’re diabetic, due to the added coconut sugar – 9 grams per serving.

You really should be buying brands like MaraNatha Raw, Artisana Organics, Woodstock Farms, Dastony, and Once Again. They all make plain versions, without the added naughtiness.

If you can afford the premium, great. If not, don’t feel guilty about feeding your kids (or yourself) the buttery peanut spread. If it’s made with the raw nuts legumes it will still be chock full of antioxidants and offer similar nutritional values for most categories. 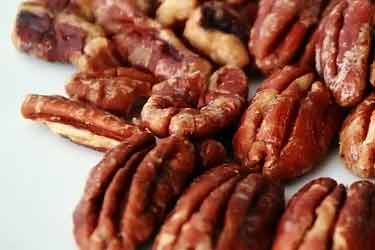 If it’s better than peanuts, can the same be said when you compare it to pecans?

The amount of antioxidants you will find in raw pecans is exponentially greater. In fact, it’s the highest antioxidant nut. A whopping 400% of what you find in almonds (meaning it’s 300% higher). Compare to peanuts and it’s even more impressive, with a 566% of what those contain.

So it’s not even a close match here.

What falls from the Carya illinoinensis hickory tree smokes out the competition, regardless of which nut you compare it to. The only thing possibly giving it a run for its money is the walnut, with an ORAC of 13,541. However that’s still about 25% lower.

When it comes to antioxidants, pecan is the clear winner. Walnut butter is second healthiest.

Now for the bad news.

While it’s number one for antioxidants, the pecan is also the highest calorie nut – 20% higher than almonds and 22% than peanuts. You get more calories, more fat, and less protein.

And walnuts? They also take 2nd place in the calorie category, but at least their protein content is better.

Is pecan butter healthy? In moderation, yes. As an everyday indulgence? Maybe not.

The table we have put together below allows you to sort and compare all of the nutrition facts for each of these and others, like hazelnut and pistachio butter.

That’s assuming it’s made with only one – in the raw form – and the recipe is oil free with no added sugars. Essentially, ground up nuts made into a spread. Skippy and Justin’s don’t qualify.

All values below are based on 100 gram increments, which is how the USDA National Nutrient Database reports nutritional information.

Your typical two tablespoon serving will weigh about 28 to 33 grams depending on the type and density after being ground. For rounding purposes, you are eating about 1/3 of the below values, per serving.

What is the healthiest nut butter? Some you can quickly rule out, like pine (almost no antioxidants), chestnuts (awful taste according to most), and macadamia (high fat and calories with few antioxidants).

Weighing all the pros and cons, the most healthy will be walnut butter. Even though it’s not the best for any single nutrient category, it offers moderate protein and the 2nd highest antioxidant content versus the other common nuts. While it’s not something you will find on a nutrition facts label, walnut is the best vegan source of omega 3 among all of these butters.

At least that’s the answer for when you are looking at a single ingredient product.

Instead, you may want to combine two.

Why? Because peanuts offer 70% more protein per calorie. Pistachio, almond, and cashew offer a sizeable amount more, too.

Walnut got first place because of antioxidants. Why not combine the most potent source (pecan) with one of the high protein options to get the best of both worlds?

Which are the best?

Most importantly, whichever type you prefer, it should be raw. That will be more nutritious for a couple reasons.

Heat, light, and air are the factors which degrade antioxidant content over time. With roasted nuts, it means a large amount of antioxidants may have been destroyed before you have even opened the jar.

Certain methods of cooking – like grilling, frying, and roasting – can create large amounts of Advanced Glycation End Products (AGEs) in some foods, especially meats. Acrylamide is one type of AGEs which nuts may contain and it’s classified as a Group 2A carcinogen by the World Health Organization.

That’s why the best protein bars are vegan and made without roasted nuts.

With those caveats said, here are 3 excellent nut butters. While no one makes a chocolate version, you could easily stir in some unsweetened cocoa powder as an extra antioxidant and flavor boost with any of these. 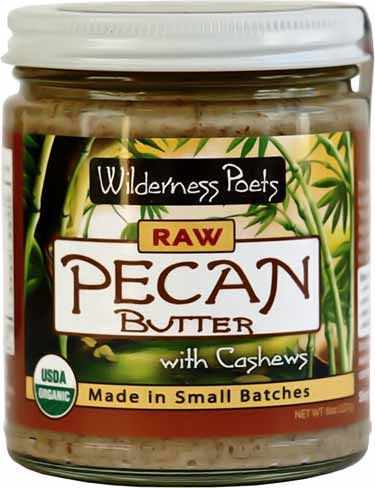 For bodybuilders or anyone else who wants more protein than just plain pecan can offer, try this 100% raw and organic duo.

Where to buy will be limited; specialty health grocers. Not even your Whole Foods is likely to have it. You can buy it on Amazon and they have it have it in bulk sizes, too.

Similar to above, but the ratio of pecans vs. cashew is higher. That means more calories and less protein on a per calorie basis. The two ingredients are USDA certified organic and raw.

If you have a good co-op nearby, you may find it for sale. It’s also available online.

You can count on one hand the number of North American companies who are selling 100% raw and organic pecan butter that’s not blended with other nuts. Futters is our favorite. Rich in vitamin B3 and in oleic acid.

You most likely will have to buy this online. Even here in Los Angeles, we have not seen 100% pure for sale anywhere – neither the supermarkets or high-end independent grocers sell it. Thankfully, it’s easy to acquire on Amazon.