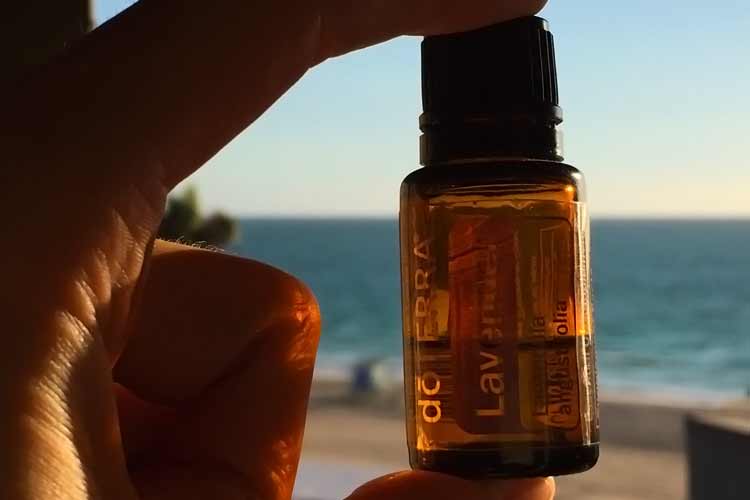 We receive questions like those all the time. Being that we have the leading database of food values, people are curious why as why we don’t have these listed, which are used for aromatherapy and herbal remedies. The fact that they are just that – and not food – is the very reason we don’t include them in our list.

But that doesn’t mean we dislike them. In fact, quite the opposite.

One contributor at Superfoodly uses Doterra lavender essential oil on an almost nightly basis for a sense of serenity before sleep. The regimen involves a couple drops in the palms, which are then cupped around nose and mouth while breathing in for 30 seconds before bed. 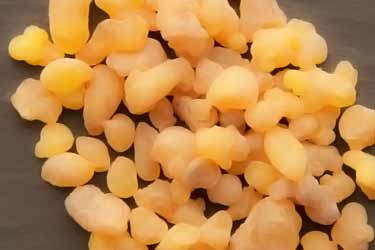 Frankincense and myrrh are natural aromatic gum resins which come from Boswellia and Commiphora trees, respectively.

To be clear, that’s not an endorsement for Doterra versus other oils. There are many high quality brands on the market.

In fact, you could even argue that buying other brands makes more financial sense, instead of paying a premium for the Doterra name. Given that their products are sold using a multi-level marketing structure, to pay for that, inevitably those costs have to be baked into the product pricing.

Aside from comparing brands, does it also make sense to scrutinize the amount of antioxidants in frankincense versus oregano oil or another type?  Does it matter whether one ranks low or high in antioxidants on the ORAC scale, since you’re not supposed to be eating them?

It does matter if you are using them topically.

How to use them safely

There are literally hundreds, probably thousands, of different uses for essential oils.

Many have to do with cleaning. For example, cinnamon oil (cassia) has antimicrobial properties and some use it in a diffuser to purify the air. While we unaware of any research showing it works for that purpose, there is evidence to suggest it may work when directly applied to surfaces. 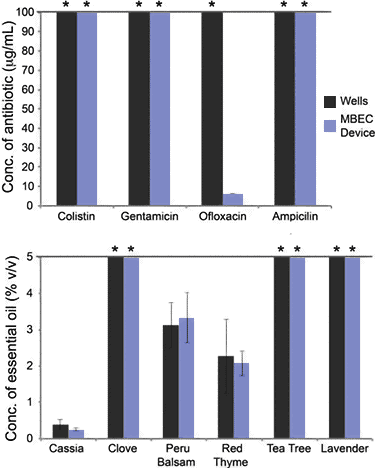 Asterisks are for results that extend beyond the range, which suggests that the P. aeruginosa biofilms were not destroyed. In vitro, the Peru balsam, cassia, and red thyme essential oils demonstrated more effectiveness against this type of biofilm than the antibiotics.

In a 2012 study, red thyme essential oils, along with cassia and peru balsam, were said to be more effective than the antibiotics they were tested against, in destroying certain types of biofilm infections (1).

Any antibacterial benefits which may exist have nothing to do with antioxidant activity, but some skin care applications might.

Our skin is sponge, which is why it’s so important to be cognizant of what we put on it.

It has been found that oxybenzone in sunscreen may be absorbed and have a hormonal-disrupting effect. Parabens are used as preservatives in beauty products and have been accused of doing the same (2). Also, it’s important to consider that certain compounds may create more free radicals on your skin’s surface, while others may neutralize them.

Since the ORAC scale only measures antioxidant activity in vitro – meaning outside of the body in laboratory settings – it’s unknown what effect a given compound has in (or on) the human body. In theory, it is possible that the best antioxidant essential oils might reduce free radical activity on the skin’s surface when applied topically. For that reason, many women (and some men) will dilute a few drops of something like a clove, rose, or chamomile oil in their anti wrinkle cream/serum bottle.

Though to reiterate, that benefit is only hypothetical. Marketers making claims that these oils can repair skin or have anti-aging effects are misleading you, because those claims have not been tested and therefore are unproven. We are unaware of any credible studies which have thoroughly evaluated if there are topical antioxidant benefits realized in skin care when using these products. 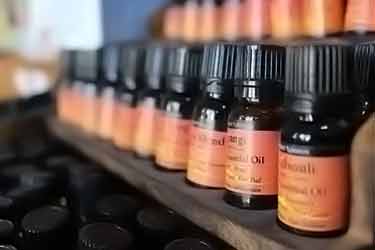 With names like peppermint, ginger, orange, and lemon oil they may sound edible but don’t be fooled, they are for external use only.

Can you eat or ingest peppermint essential oil? Can you drink lemon oil? The answer to these questions is a resounding no.

With the exception of food grade essential oils, they’re not intended to be digested. Their production might involve the use of solvents like ethylene glycol which is poisonous (it’s the primary ingredient in your car’s antifreeze).

On the other hand, reportedly Dunkin’ Donuts flavored iced tea runs on propylene glycol, which is a solvent that is approved for use in food production. Though some question if that too is entirely safe, since it also is used in hydraulic brake fluid, among other things.

While some people do ingest small amounts of these oils, they are doing so against the instructions. It’s similar to eating a skin care product… it may not kill you and it’s possible it might be safe, but you really don’t know if it is safe or not, and what the side effects may be. These product were not designed for ingestion.

In short, drinking essential oils in water (which don’t even mix) or adding them to food in hopes of benefiting from their high amount of antioxidants is a highly risky endeavor, which we strongly advise against doing.

With those caveats said, let’s take a look…

Similar to how foods are typically tested for ORAC, the specific manufacturers of these essential oils were not listed. Therefore one can conclude that any reputable brand selling the 100% pure form for a given type should be expected to have antioxidant activity comparable to what’s listed above.

100 grams is about 3.5 ounces, which is how much blueberries you might have had in your oatmeal this morning. Most of these essentials are sold in 10 ml or 15 ml vials. Being a liquid, that is the equivalent of 10 or 15 grams per vial. That means it’s like you are comparing 1 serving of blueberries versus 10 or 14 entire vials of oil! 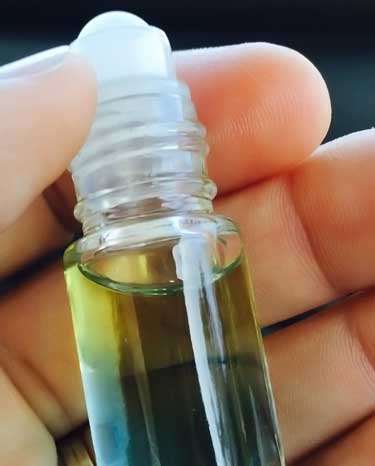 You can’t claim the best oils are those with the highest values, because that would be ignoring their many other benefits.

Sure, choices like cedarwood oil and myrrh oil may be some of the best for antioxidants, but they’re not particularly known for their disinfecting properties.

On the other hand, cassia oil ranks way down the list at #53, yet research suggests it might have some of the most potent antibacterial and antifungal activity. Likewise for thyme oil.

Light and oxygen degrade these oils. Presumably, these tests used fresh sources which had been exposed to minimal air and light. Essential oils break down relatively fast upon exposure to the atmosphere, heat, and light.

It’s why amber or dark colored glass bottles, rather than clear, is a must-have. Air exposure causes the metabolites to become oxidized and rancid.

If you have oils which you opened many months ago that have not constantly been kept tightly sealed, in a cool and dark place such as a drawer, it’s likely the ORAC of yours is much lower. In that scenario, they may actually be bad for you. If that’s the case, it’s time to replace.

Storing them on a countertop or exposed shelf is one of the worst things you can do. It’s why we hate buying them at brick and mortar stores, because inevitably they have been on display under the fluorescent lights for who knows how long.