What is the difference between brown rice and white rice? Both are the seeds from the same species of Asian rice, Oryza sativa. What makes them different is that with brown, only the outer hull of the seed is removed. On the white, additional processing takes place to also remove its bran layer and germ. In short, brown rice has its outer layer and the white does not.

Is brown rice good for you? Is it beneficial for weight loss and dieting? You have probably heard statements like that, but you need to know the facts to understand that like any food, it has both benefits and drawbacks. Some aspects are great for dieting while others may not be "bad" or "unhealthy" per se, but they're not exactly ideal. Two prime examples are its low antioxidant content and high GI impact when ground and used in gluten free flours.

There are minerals in brown rice but not a lot. No vitamin C is no surprise, because being that it's cooked, the heat would destroy the tiny amount it had to begin with. You do get 15% of your daily value of niacin and 12% for thiamin, but aside from those and what you see above, the remaining essentials like vitamin K, D, E, riboflavin, folate, and B12 are either negligible amounts or none at all.

Is it too high in carbohydrates?

This is its Achilles heel. Brown rice is high in carbohydrates but at least they are the good kind. They're complex carbs that take longer to digest, which is good for you versus white rice, which are simple carbs and hit your blood stream almost immediately. This is due to the fact that brown has its bran layer intact which not only gives it relatively high fiber, but also your digestive juices take longer to break it down and release the sugars (carbs) inside of it.

As to where the rumor came from that it is fattening, the best guess would be something to do with the low-carb craze from a decade or two ago, where many weight loss diets like Atkins associated carbs with being fat and gaining weight. The view is not correct as you need carbs to survive. The USDA's recommended carb allowance is 45% to 65% of your calories. There is good evidence to suggest less than that is better for weight loss, but the point is you still need at least some carbs and no, carbs in themselves are not fattening. Any calorie - regardless of its form - will turn to stores of fat on your body if you take in more than you burn off each day. 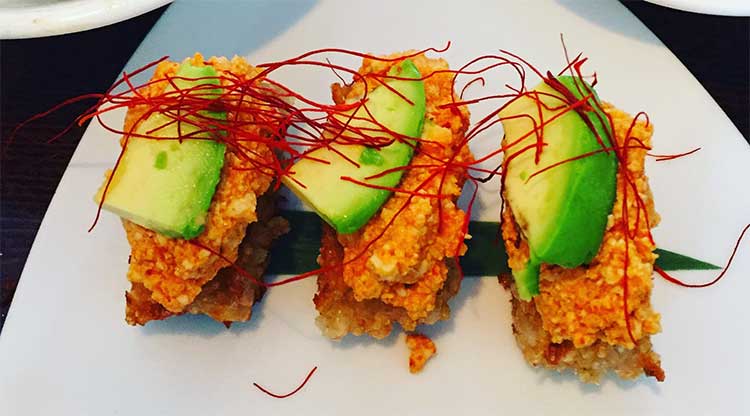 Is brown rice a whole grain? Yes. That is actually the sole factor which determines the answers for each of the following types of diets.

Not only brown - but all rice - is a gluten free food. This is why you will find it as the main ingredient in practically all processed GF foods you buy at the grocery store. Everything from gluten free pastas, breads, crackers, and cookies will almost always list brown or white rice flour as the first ingredient on the label, as a substitute for what normally would be a wheat flour. The bad news is that when its refined into a flour like that, it does have a much higher glycemic inpact.

When it comes to the paleo diet, the answer isn't what you would expect. For the most part, grains are considered off limits but there are exceptions. Brown rice is not paleo friendly, while white rice is. The logic (illogical in our opinion) is that there are "potentially harmful compounds" in the bran shell of brown. This reasoning is so ridiculous, because the refined version of the grain (white) is bad for your health in almost all other ways.

Diabetics can benefit from eating brown rice, but they should stick with the slow-cooking kind. All of the instant and quick cooking rices - regardless of whether it's white versus brown, or another color like red or black rice - will have a higher glycemic index because the grains have been processed with microscopic slits to make them cook faster. That also means your body can break them down faster, which leaders to a higher blood sugar spike. If you have diabetes, definitely stick with the versions you need to cook from scratch which yes, will take 15 to 60 minutes depending on the type.

Brown rice vs. white rice vs. quinoa... which is healthier?

Ask any random person on the street this question and they will tell you that quinoa is best for you. But then press them for the facts why and they won't really have any to share, or they will spout something they think is true, like saying quinoa has more protein than brown rice. That statement is true but the difference is not as much as you may have thought, at least relative to other plant-based forms of protein.

Why is brown rice better than white rice? This table is the best way to answer, as it's quite obvious why its healthiest once you look at both side by side.

Upon comparison, you see the calorie count for all 3 is almost exactly identical. Really the only big differences between them are:

Protein content - How much more protein does quinoa have than brown rice or white rice? About double the amount. That may sound impressive, but still quinoa is not a huge protein source as the public perceives it. Most types of beans, including black beans, give you almost double the amount of protein as quinoa (and 4x more than rice).

Glycemic Index - The affect on blood sugar is by far the biggest difference between brown and white rice. The latter has an off the charts GI which believe it or not, is actually higher than Coca Cola. When you compare brown rice vs. quinoa they are almost equally good for you, since they are both whole grains. If you have diabetes don't feel pressured to pay more for quinoa if you can't afford it, because slow cooked brown will be comparable and for a much lower price point.

Antioxidants - Obviously quinoa is the big outlier here as it has significantly more phenolic compounds. Though there is one type that even beats quinoa and that is red rice.

Is brown rice healthy to eat everyday? Absolutely. In fact, it is one of the most affordable healthy foods you can buy. The versatility of this whole grain allows you to incorporate it into endless recipes so you don't get bored with it. When people say they can't afford to eat healthy, this is proof that just isn't true! It's perfectly fine for weight loss too as long as you eat it in moderation. We like the fact that it's quite filling relative to the amount of calories.