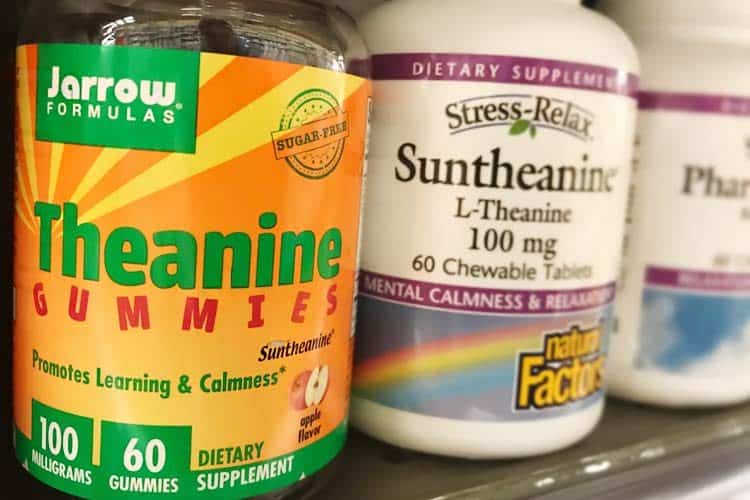 As the ideal morning wake-up, 53% of people say coffee is better than sex. 78% say they would rather give up sex, booze, and Facebook for a full year, rather than forgo coffee.

That’s according to a global survey done by a major hotel chain. Not scientific, though it does punctuate how important caffeine is to most people. (1)

What may be even better are the combined effects of L theanine and caffeine on cognition and mood. Use those together for your daily energy. Then at night, using L theanine for sleep may help you get higher quality shut eye.

How can something give you energy and help you sleep?!

For it to make sense, you have to understand the science behind this unusual amino acid.

L-theanine is an amino acid which is found almost exclusively in leaves of the tea plant (Camellia sinensis). Unlike caffeine which is a neurostimulant that causes anxiety and jitters, L-theanine is believed to boost attention while reducing anxiety.

How L-theanine works in the brain is due to its shape, which resembles the signaling chemical glutamate. Higher amounts of glutamate are associated with a higher excitatory effect in the brain. This can intensify feelings of stress, anxiety, and fear. Since theanine can fit into the same receptors as glutamate, it can reduce its effect by blocking it.

Another mechanism of action is that theanine stimulates the body to produce more GABA. This neurotransmitter is linked to motor control, sensory perceptions such as vision, and working memory. (2) (3)

What foods have L-theanine in them?

The only natural, unfortified dietary sources you are likely to encounter are green tea, black tea, white tea, and other caffeinated tea made from Camelia sinensis. 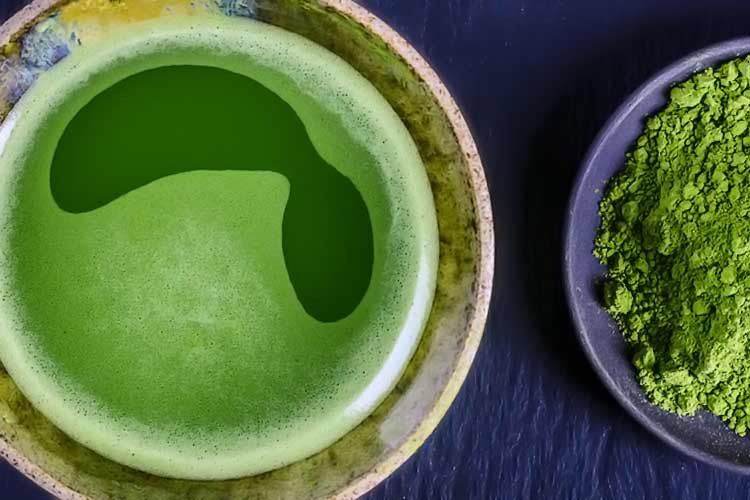 Since they’re made using the younger leaves, white and green teas, including matcha, have more caffeine and L theanine. By dry weight, the theanine content of tea leaves ranges from 0.9-3.1. For a standard serving brewed with 2.5g of leaf, this equates to a to 25-60 mg dosage per cup. That’s about 70-85% less than the standard supplement dosage of 200 mg.

Theanine is also found in the related species Camelia japonica and Camelia sasanqua, which are two plants native to Japan. They’re mostly used for decoration rather than brewing beverages.

While not readily sold, a surprising food source of L-theanine is the bay bolete mushroom (Imleria badia). It grows wild in the forests of North America and Europe.

Since 1964, L-theanine has been legally allowed as a food additive in Japan. In the US, it’s only allowed to be sold as dietary supplement. Japanese foods for sale fortified with it include chewing gum, candy, and soft drinks. (4) (5) (6) (7)

Research suggests the following benefits may exist but there is not enough clinical data for any to be considered proven. This supplement should not be used to diagnose, treat, cure, or prevent any disease.

When L-theanine and caffeine are taken together, studies have reported higher task accuracy and alertness, with less fatigue. The nervousness and jittery side effects of caffeine are also reduced. (8) (9)

Does L-theanine really work for anxiety?

There have been multiple double-blind and placebo-controlled trials which have reported theanine supplements and foods to exert anti-stress benefits. In a study which pitted a 200 mg dosage of it against 1 mg of alprazolam (Xanax), the supplement was found to have some comparable anxiety-lowering effects. Several respected tests were used to compare results; Beck Anxiety Inventory (BAI), Visual Analog Mood Scales (VAMS), and State-Trait Anxiety Inventory (STAI).

“With regard to the tranquil–troubled subscale of the VAMS, L-theanine significantly reduced subjective anxiety in comparison with alprazolam and placebo.” 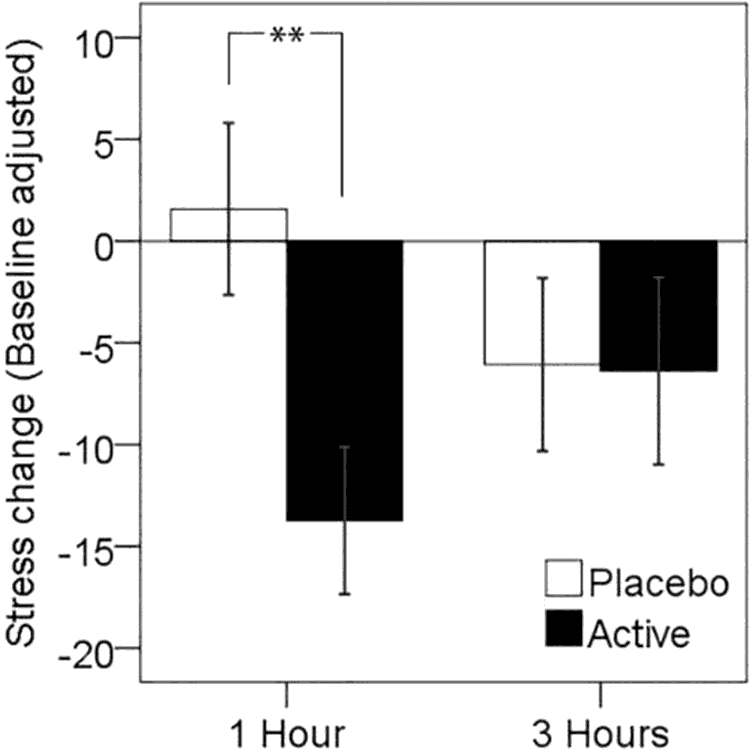 How long does L theanine last?

At dosages of 200-400 mg, a human trial out of Tokyo reported an increase in sensorimotor gating. (16) 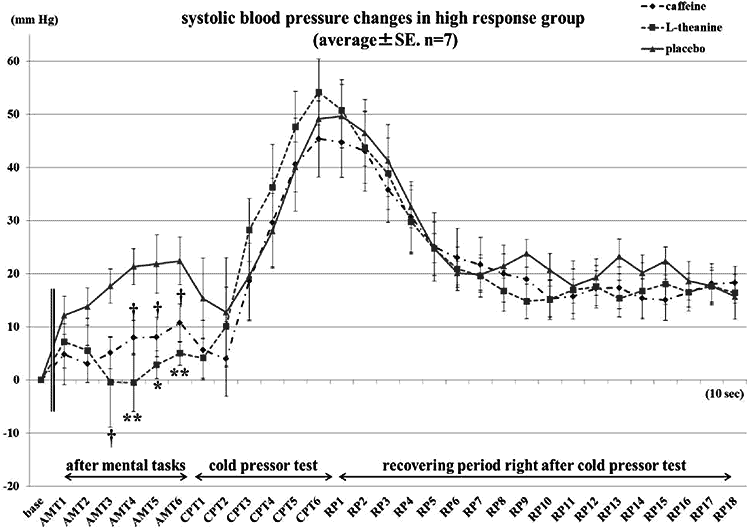 Its anti-anxiety and calming effects may be why some research suggests it could help with tobacco and nicotine addiction. In one trial out of China where cigarettes included a tea filter, the participants smoked 56.5% fewer cigarettes. 31.7% of them stopped smoking entirely. (18)

Conducting human trials with intentional poisoning are obviously not feasible. However, animal models and cell cultures suggests it has a neuroprotective effect. (19) (20)

Excess glutamate activity is not the cause, but it is believed to worsen symptoms and accelerate progression of Alzheimer’s disease, Parkinson’s, Huntington’s, and Amyotrophic lateral sclerosis (ALS). (21)

In a rodent models of Alzheimer’s disease, L-theanine supplements were found to reduce oxidative damage and amyloid beta deposits in the brain. Rates of neuron death and memory measured better. (22) (23) (24)

May lessen risk of flu infection

A double-blinded and placebo controlled trial monitored 200 healthcare workers, who took 378 mg of green tea catechins and 210 mg of theanine daily for 5 months during flu season. For those on the supplement, their rate of getting an influenza infection was 4.1%, versus 13.1% for the placebo group. (26)

A study reported that when L-cystine and L-theanine was given to nursing home patients during the 14 days leading up to their annual flu shots, there was a better immune response in the patients who had low serum protein or hemoglobin – factors that can adversely affect how well the flu shot works. (27)

Supplementation was found to support immune system function in athletes. (28)

May help with depression

Published in 2017, a clinical trial reported that it helped patients with major depressive disorder (MDD) during an 8-week treatment period. That as according to the Hamilton Depression Rating Scale. (29)

Suntheanine is a brand name for a L-theanine supplement. In a double-blinded and placebo-controlled trial involving 98 boys with ADHD, a 400 mg dosage of Suntheanine was associated with better quality sleep, according to multiple benchmarks measured. (30)

A small trial involving 17 schizophrenic patients reported improved sleep quality. The scientists reported it “stabilizes the glutamatergic concentration in the brain, which is a possible mechanism underlying the therapeutic effect.” (31)

When taken as a dietary supplement in a dosage of 200-400 mg, there is limited evidence of adverse reactions from L-theanine usage. That includes the brand Suntheanine. For healthy individuals without psychiatric or cardiovascular disease, it appears to be safe. This is based on the lack of side effects being reported or conclusively linked to the supplement in clinical trials.

Even though there’s evidence that it may benefit symptoms, individuals with depression, bipolar disorder, schizophrenia, obsessive-compulsive disorder (OCD) and other mental health conditions should not use L-theanine supplements without the approval and guidance of their doctor. This is because there may be mood-altering effects that interfere with the current treatment plan or medication.

Drug interactions of L-theanine are a potential concern for people with high blood pressure and other heart disease. This is because the anxiety-reducing benefit may cause too low of a drop in blood pressure and heart rate in combination with prescription medicines. Unless the prescribing doctor permits it, do not use this supplement.

Taking L-theanine while pregnant or nursing has not been studied in humans or animals. Since there is no safety data and potential risks/dangers are unknown, pregnant women and those who are breastfeeding should avoid Suntheanine and other supplements containing it.

Toxicity studies using rats that were fed a 6,500 mg/kg daily dosage of Suntheanine for 2 weeks failed to produce any observable side effects. When it was 5% of their diet for 1.5 years, there was no liver damage or other organ toxicity detected.

L-theanine can be taken with or without food on an empty stomach. As with caffeine, it’s water soluble so you don’t need to eat fat with it for bioavailability. 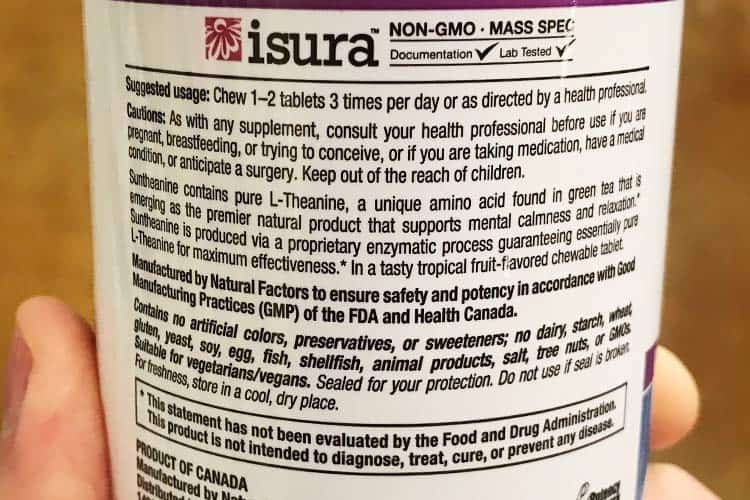 How much L-theanine to take typically ranges from a 100-200 mg dose, up to 3 times daily. That’s the adult dosage. Supplement brands that say it’s safe for kids typically list 100 mg, taken only once per day.

Natural Factors Suntheanine is a bestselling chewable form that comes in a 100 mg tablet. The recommended dosage instructions list chewing 1-2 tablets (100-200 mg) up to 3 times per day. That’s a maximum daily dosage of 600 mg.

Jarrow Formulas L theanine gummies list 1 gummy per day for children age 8 and above, which is equivalent to 100 mg daily.

Since it has a short-half life, the best time when to take L-theanine is one hour before you want the peak benefit. That means if taking capsules at night for sleep, 45-60 minutes before bed is ideal. Powder, chewable, and drink forms should be taken 30 minutes before, since they will have faster absorption. In all scenarios, if you don’t have an empty stomach, absorption may be delayed.

Since it has a non-sedating effect, it can be taken in the morning and afternoon, without it adversely affecting mental performance. As a nootropic, many people supplement with it throughout the workday specifically because they believe it boosts their mental performance. That’s according to various L-theanine supplement reviews.

A popular combo is L-theanine and caffeine in the morning, such as from coffee, in order to help offset the jitters and nervous energy it can produce.

Taking theanine everyday per the manufacturer’s recommended dosages is believed to be safe, being that it has legally been used as a food additive since 1964 in Japan.

In the US, Canada, UK, Germany, France, and Australia, you may need to buy L-theanine online. You have a good chance of finding it for sale in-store at places like Whole Foods, The Vitamin Shoppe, and Holland and Barrett. Non-specialty grocers like Walmart and Kroger, or pharmacies like CVS and Walgreens, are unlikely to sell this supplement. In fact, many of their locations don’t even carry caffeine pills.

Is there a difference between Suntheanine vs. theanine?

No. The Japanese company Taiyo owns the patents for producing it through fermentation, which they sell under the brand name Suntheanine. Pure theanine supplements will contain Suntheanine, though not all supplement manufacturers market it under that name.

If you want to buy bulk L-theanine powder, we recommend the 500g (17.7 oz) bag sold by the brand BulkSupplements. You can get it on Amazon. There are smaller and larger sizes available, too.

The easiest way to take it is with capsules or tablets. This should be safer because they are pre-measured, so you won’t accidentally take a higher dosage than desired. For convenient and fast-acting, try Natural Factors chewable tablets. For liquid softgels, a good value is Sports Research brand.