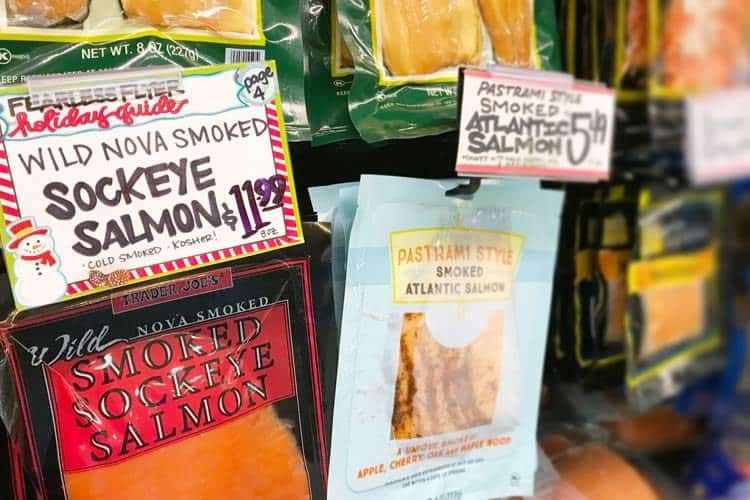 Is Smoked Salmon Healthy or a Cancer Bomb?

Not too long ago, People Magazine asked Mariah Carey what her secret was to an amazing body. Her response:

“All you eat is Norwegian salmon and capers every day. That’s it.”

That article referenced is as being the smoked variety.

Capers are little sodium bombs, but at least they have high amounts of quercetin. In the case of the cold-water fish, its redeeming qualities may be fewer than you think.

Frequently smoked salmon is called lox, but they’re different things. Only Nova lox (a recipe from Nova Scotia) is cold smoked. Other preparations of lox use salt curing/brine and are not cooked, so you’re eating raw fish fillets.

To make smoked salmon, fillets of red sockeye, coho silver, and pink need at least 8 hours of curing in a salty brine. A large king salmon (chinook) may need up to 36 hours. After brining, the fish are dried on racks for 2-4 hours. Last, they’re cold or hot smoked.

Cold-smoking salmon involves low temperatures of up to 90°F (32°C). In this ambient heat, it is smoked for 6 to 48 hours and sometimes longer. The final form you eat is moist, silky, and pink. The fish is raw and tastes like lox, but with a smoky undertone. Because of the time it takes to make, this form is considered a delicacy. 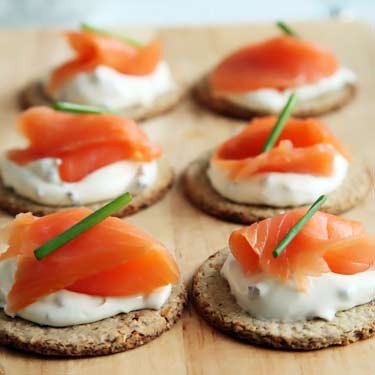 It’s best served cold with something creamy, like avocado or the classic lox-style with cream cheese. Rather than an entree, it’s often ate as an hors d’oeuvre.

What is the difference between hot and cold smoked salmon?

Unlike cold smoked salmon which is raw, the difference with hot smoked is that it’s cooked. It’s made in an enclosed chamber with wood-burning fire, producing an air temperature between 100-250°F (38-121°C).

What both have in common is that they use aromatic woods such as hickory, cherry, apple, and pecan. Their smoky flavors are similar but their textures are not. Cold-smoked is raw fish and hot-smoked is the firm and chewy texture you’d expect from cooking.

While the cold is typically eaten on its own, the hot is more versatile for adding to other dishes. A hot smoked Alaskan salmon can be cut up and added to pastas, salads, and other recipes whereas the raw cold-smoked would taste out of place.

If no sugar is used in the brine, cold smoked salmon has around 100 calories for a 3 oz. serving. With that come healthy nutrients like 16g of protein, 145% of the daily value for vitamin D and 46% for B12. At less than one gram, saturated fat is negligible, as is the 20 mg of cholesterol.

What’s unhealthy is the high sodium. At 666 mg, that’s 27% of the DV and 44% of what the American Heart Association recommends as a daily limit.

Those nutrition facts are according to the USDA National Nutrient Database for a smoked chinook salmon. (1) 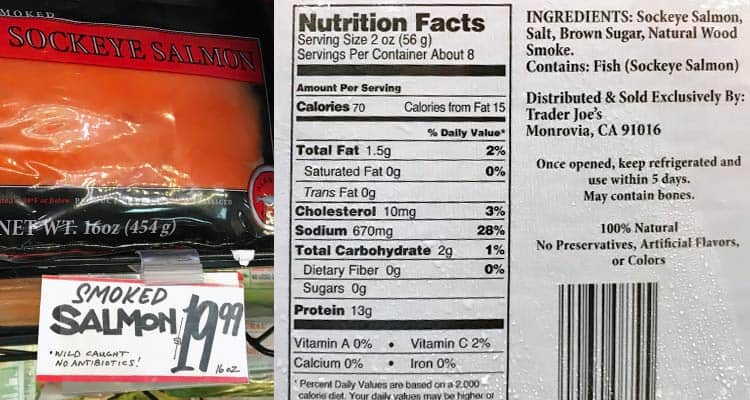 This Trader Joe’s cold smoked sockeye has comparable nutrition facts to the USDA data, when you adjust for portion size (TJ’s is only 2 oz). Notice the ingredients list brown sugar but there’s 0g of sugar on the label. That’s due to rounding down and the fact that little is used.

Due to there being less water weight, hot smoked salmon tends to have more calories for the same number of ounces. The USDA reports 300-400 calories for a 3 oz. serving of smoked Alaskan chinook and red sockeye.

Rubbing spices will add almost no calories – less than 5. Both wet and dry brine are basically just salt – no calories but still bad for you in excess.

What will drive up the calorie count is curing that uses brown sugar or another sweetener in high amounts and leaves it on the fish. (2) (3)

Between the two, cold smoked should be better for you when it comes to omega 3. The essential fatty acids EPA and DHA are damaged by heat, so the less of it the better. It will also be a lower calorie count on an equal-weight comparison.

Why it’s bad for you 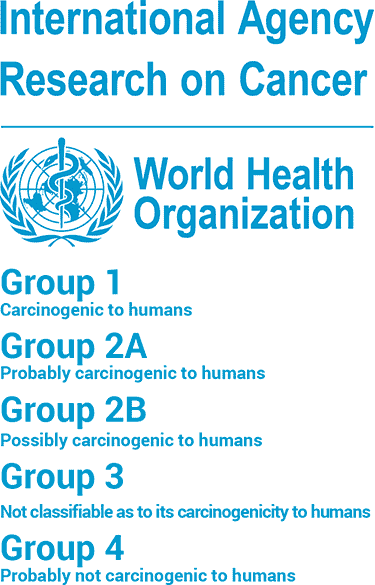 Not be confused with organic food, but when you burn organic substances (i.e. dead things) there is the creation of polycyclic aromatic hydrocarbons (PAHs).

These are a group of over 100 chemicals and some can cause DNA damage and cancer.

To be clear, we’re not just talking theoretical or suspected carcinogens. For example, benzo[a]pyrene is a type ranked as a Group 1 carcinogen by the World Health Organization. Meaning it definitely causes cancer in humans.

There are only 120 things on earth that get Group 1 classification. The honor is shared with asbestos, mustard gas, uranium, plutonium, radium, hepatitis, herpes, and other terribles things. Only the worst make it.

In addition, there are a plethora of PAHs that are Group 2A and 2B. They “probably” and “possibly” can give you cancer, but there’s not enough scientific data and controlled studies on them to give a firm conclusion.

Examples of organic substances that produce PAHs include fossil fuels like oil, coal, and natural gas.

Sadly, even that pleasant smelling campfire is spewing them out.

Whether it’s oil made from lifeforms millions of years old, or a slab of beef from a fresh slaughtered cow, when these are combusted or charred they will create these toxic compounds.

To be clear, low and moderate heat will not cause them to be created. It’s the incomplete combustion of organic materials – think lighting something on fire or black-charring your steak. Those involve combustion.

As a general rule of thumb, the dirtier something burns, the more PAHs it will produce.

Fossil fossils like natural gas have been produced over millions of years. It’s colorless, odorless, and burns quite clean relative to coal and wood. Those have undergone less refining in the natural sense. They put out lots of particulate matter when burned.

Gasoline combustion engines get a lot of hate, but estimates peg their contribution to global PAHs pollution at an estimated 20%.

But 35% comes from food-fired residential heating throughout the world.

That’s pretty surprising when you consider that most of the developed world doesn’t even use fireplaces or wood-burning furnaces anymore.

Forest fires alone contribute 13% of PAHs. They’re outputting roughly two-thirds the amount of carcinogenic PAHs that all the vehicles in the world contribute.

Here in California, we spend billions on projects purported to help the environment, yet we allocate hardly anything towards firefighting. As a result, we have hundreds of square miles that burn uncontrollably every year which could be minimized. The amount of cancer-causing PAHs coming from those forest fires rival that of all the vehicles in the state. (4)

How this all relates to your salmon is that it’s smoked over dirty-burning wood. Just like how forest fires spew out lots of these dangerous compounds, so does the wood used for this fish recipe.

Unlike carne asada steak which also has internally created PAHs from the charring, recipes for smoking fish rarely involve extreme temperatures. Even with hot-smoked, the fish typically only get up to around 250°F (121°C).

Even though they’re not creating it internally, the problem is these fish are getting aerated with high amounts of PAHs externally – from the fire used to smoke them.

Worse yet, unlike steaks and burger patties which are often made over cleaner burning natural gas and propane (fewer PAHs), the fish are made over one of the dirtiest fire sources… wood. Sure it’s natural, but don’t assume it’s good for you.

Is it safe to eat smoked salmon?

While few foods are perfect, it’s hard to make the case that eating a smoked form of fish is healthier. It may contain higher amounts of potentially cancer-causing compounds versus raw salmon, or that which is cooked at low to moderate temperatures in an oven or pan.

The flip side of the argument is that even raw salmon are not safe from carcinogens.

Due to sea pollution, Atlantic-caught already contain a fair amount of PAHs to begin with. (5)

So how bad for you are the amounts in smoked fish?

Let’s look at what many consider to be the ultimate natural and Paleo-friendly way to smoke them… just like how the Indians do it.

Researchers at Oregon State University purchased spring Chinook salmon from a commercial fisherman near Celilo, OR on the Columbia River. They were packed in ice and immediately transported to the Umatilla Indian Reservation. There they were traditionally prepared, without brine or liquid smoke flavoring (which would have added even more PAHs). (6) 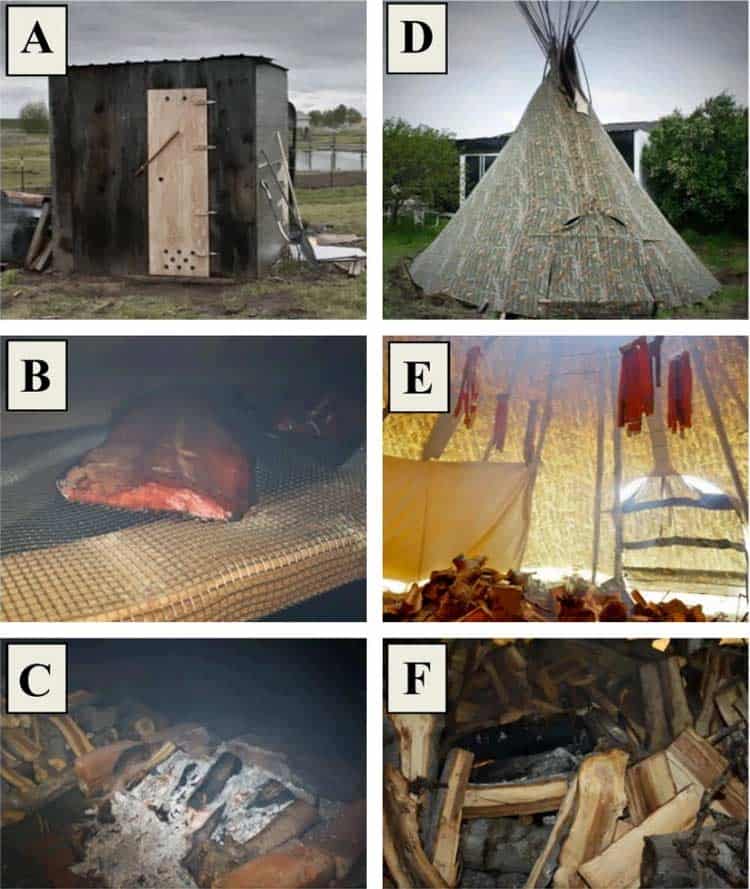 The Native Americans made them 4 different ways:

If making homemade, odds are you’re not using a tipi, but you could be using a shed or small cast-iron compartment that might concentrate smoke in a similar manner. Traeger Grills burn pellets of alder, mesquite, oak, etc. that flavor the fish/meat in a small chamber. 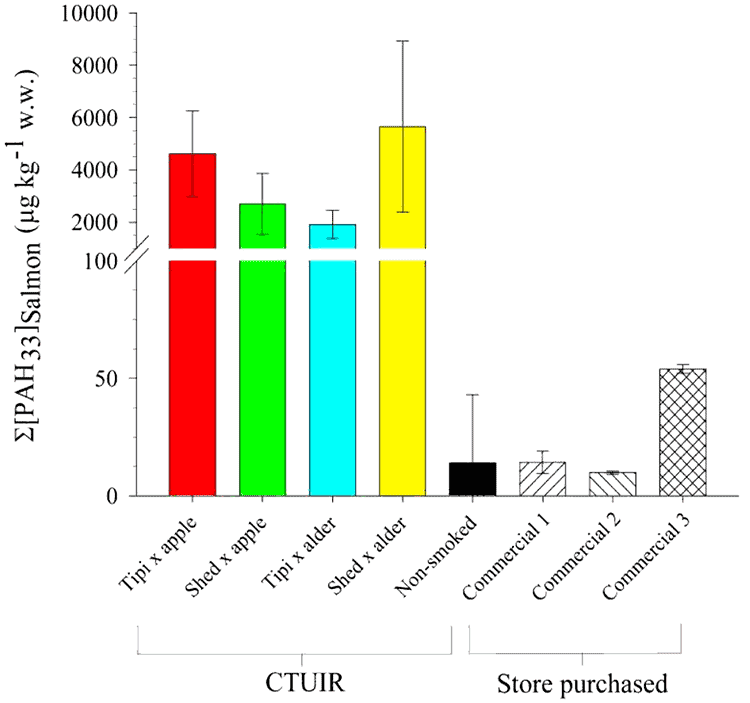 Take note that these bars are NOT to scale. That white gap represents a jump from 100 to 1,500.  While the non-smoked salmon measure around 10, all of the shed and tipi smoked are around 2,000 or higher.

That means they have around 200 times more PAHs than the non-smoked salmon!

That’s not really surprising, but the results for the commercial samples are.

Those 3 bars on the right. They represent 3 different unidentified brands of smoked salmon that were purchased locally at a grocery store in Oregon. While #3 has about 5 times the amount as non-smoked, samples #1 and #2 have comparable amounts, surprisingly.

Why were the commercially made exponentially lower than those traditionally made in a shed/tipi?

The researchers said this:

Since automation and other tech may reduce carcinogens, the best smoked salmon brand will be a major manufacturer like Trident, Trader Joe’s, and St. James. Odds are that most brands sold at Walmart, Costco, Kroger, Lidl (in the UK) and other major supermarkets will be mass-produced, using modern smokehouses.

Whether it’s hot or cold-smoked in a box, kettle, or electric smoker, these do-it-yourself methods might result in much higher PAH levels.

Until the manufacturers or a third-party publishes testing data using actual smoker models and methods used, it’s anyone’s guess as to whether they rank closer to the commercial mass-produced… or the frighteningly high shed and tipi versions.