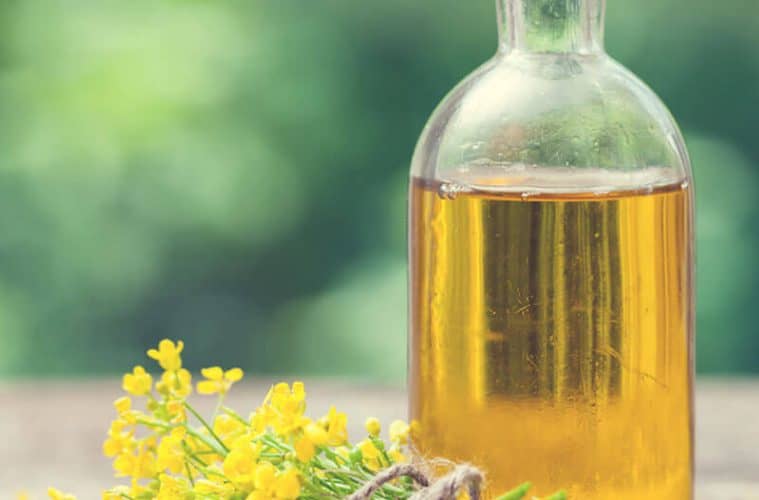 Is Canola Oil Good or a Danger to Health?

We are all looking for ways to add healthy foods into and remove unhealthy foods from our diets. Fat is a neccessary component to well rounded nutrition. Your body needs it create energy and to help absorb vitamins. The debate over which oils are good for you and safe to use grows daily.

Deciding which fats are the best to use can have a significant impact on overall health and wellbeing. The addition of healthy fats into the diet provides numerous health benefits. Canola oil is found in a host of prepared foods. So is canola oil good for you or a danger to your health?

What Is Canola Oil? 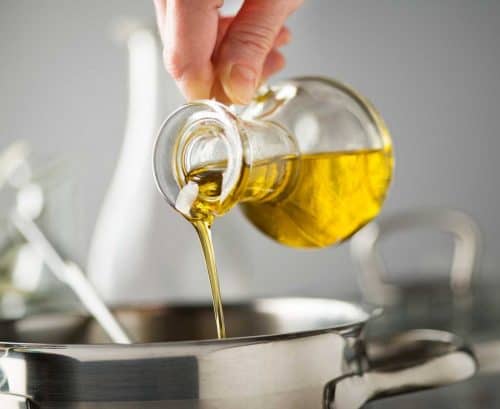 First produced by Canadian scientists, canola oil is an edible version of the rapeseed plant. The name canola is derived from “Canada” and “ola,” meaning oil. Rapeseed is a member of the cabbage family and is closely related to turnip and mustard. The plant blooms in the summer with distinctive golden-yellow flowers and contains toxic compounds called glucosinolates and erucic acid.

Canola looks identical to rapeseed but is different nutritionally and is missing the harmful compounds, making it safe for human consumption. The oilseed was created through plant crossbreeding and is used extensively in commercial use in cooking, baking, and food processing.

Canola crops are used not only to make oil but also to make canola meal. This product is used exclusively for animal feed. Additionally, canola oil can also be used as a fuel alternative to diesel fuel. It also is utilized in items made with plasticizers like tires.

Phytosterols reduce how much cholesterol is absorbed into the body. Animal fats, like butter, are high in saturated fats. Saturated fats have been shown to raise LDL or harmful cholesterol levels in the blood. Higher levels of LDL cause an increased risk for heart disease and strokes. Canola oil has a healthier balance of low saturated fat and high monounsaturated fats.

Canola oil has a high smoke point. The smoke point is the temperature at which an oil begins to burn. This process creates oxidation which has a harmful effect on oils as the chemical composition of the oil changes. With a smoke point of 400 degrees, canola oil is well suited for high heat uses.

With the said, there are growing concerns over canola oil because it is heavily processed. Canola is one of the top four oils produced in the United States. Canola, soybean, palm, and corn oil are all created by being refined, bleached, and deodorized (RBD). There is much concern in recent years about the effect the refinement process has on otherwise healthier oils.

Compounds like hexane are used on commercially refined oil in order to extract the maximum amount of oil from the seeds. While there are only trace amounts of hexane that remain after the refinement process (.8 milligrams per kilogram per oil), any residual is a concern for some.

The deodorization phase of the refinement process results in the creation of low levels of trans fats. Deodorization creates a bland taste in the oil, which producers claim is preferred by consumers. All commercially refined vegetable oils are deodorized. The process of refining oil also causes a decrease in whatever nutrients are found in the oil.

Canola oil may also be refined further to create margarine or shortening that is solid at room temperature. This process makes a partially hydrogenated oil. Hydrogenated oils contain trans fats, which are bad for your health, particularly your heart health.

These refined oils are also said to increase inflammation in the body. Some amounts of saturated fats can be included in a healthy diet. The same cannot be said for trans fats. There ideally should be no trans fats in your diet. 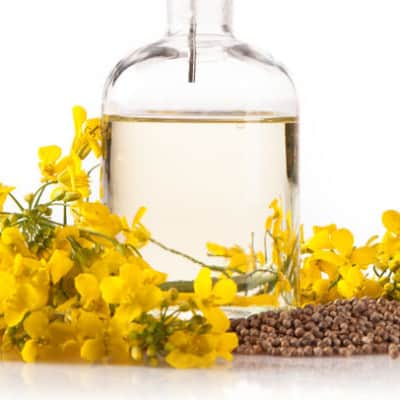 This creates larger crop yields which allow prices for canola oil to remain low. Concerns are also expressed over whether the foods increase allergies, antibiotic resistance, and even cancer. While most research concludes GMO foods are safe, the technology is relatively new. Long-term research has not been conducted.

Over 90% of the canola plants produced in the United States are genetically modified to increase the plants’ tolerance to pesticides and improve the oil’s quality. Canola oil is used extensively in processed foods.

What Are Healthier Fat Alternatives?

Fats are essential to our health. It is a powerful source of energy and helps the body in vitamin absorption. Yet, not all fats are created equal. It was once believed that eating fat was the main culprit in unhealthy weight gain, heart disease, and obesity.

Fat had gotten a bad rap. A healthy diet was considered one low in fat, even if that meant the “low fat” versions of food were highly processed with unnatural ingredients. Those days have passed, and now it is understood that having a balance of healthy fat included in your diet is essential to overall health and wellbeing.

Some sources of fat are higher in calories, which can indeed lead to weight gain if eaten in excess. Others provide a healthy balance of needed nutrition, low saturated fats without being highly processed like canola oil.

Some healthy alternatives to canola oil are:

The avocado oil is stable at high heat. High in monounsaturated fat, it has also been shown to help the body absorb beta carotene (Vitamin A). Avocado oil is excellent for cooking. This oil is liquid at room temperature, so it is ideal for adding into cold dishes and as a salad dressing.

Full of monounsaturated fat and less refined olive oil has seen much popularity in recent years. There is cause for concern as this oil is not as stable at higher temperatures. It is best used as a dressing or for coking with low heat. It also is subject to rancidity easily. It should be stored in dark glass jars, away from light and the heat from the stove.

Known for its pleasing, nutty, flavor sesame oil has a high smoke point that makes it perfect for high heat applications like frying. Remarkably the oil has been shown to not only lower blood pressure in patients with hypertension but also increase levels of potassium, vitamin C, and E.

This oil is very healthy with a balance of omega-3 and omega-6 fatty acids. Unfortunately, it has a low smoke point, which makes it unsuitable for cooking. When heated, walnut oil will oxidize, making it taste bitter. It also is subject to rancidity and should be stored in a cool, dry place.

There is a lot of debate over coconut oil. Its high level of saturated fat is cause for concern. Yet, this oil has a very high smoke point which makes it very stable for cooking. It also has an immune system boosting lauric acid. The oil is solid at room temperature and is easily located in an unrefined version in most grocery stores.

Compared to animal fat sources, canola oil has a healthier balance of monounsaturated fats to unhealthy, saturated fats. Included with the presence of omega-3’s comparatively, it is more beneficial than animal fats. Its stability at high temperatures makes it perfect for cooking.

However, it is highly refined, which is cause for concern. The refinement process strips the oil of many of its healthy attributes and may potentially introduce harmful substances like hexane into the diet. Since the oil is used so much in processed foods, it may be beneficial to introduce other healthy fats into your diet when preparing food at home.

Unrefined canola oils are available on the market, but they are not easy to find. With that in mind, there are many equally healthy alternatives that are less refined than canola oil. Being less refined, they will retain more of the health benefits that canola oil loses during refinement.

Oils like avocado, coconut, and olive oil are tasty alternatives that can withstand high temperatures experienced during cooking. These alternatives are also known for having enjoyable taste profiles that can enhance dishes and give variety to your diet and be beneficial to your health.