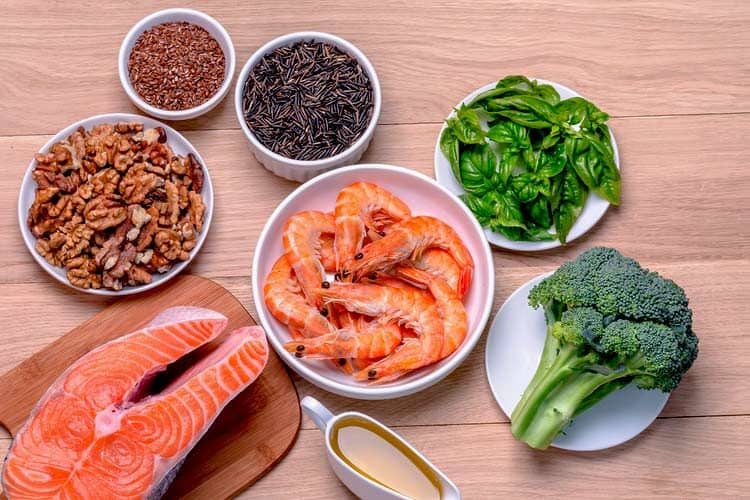 How Much Omega 3 Per Day? Recommended Dosage/RDA By Country

Harvard researchers have concluded that omega 3 deficiency causes up to 96,000 preventable deaths annually in the US.

In other words, it’s the the 6th leading cause, coming after the more talked about causes of smoking, high blood pressure, obesity, physical inactivity, high blood sugar, high cholesterol, and high salt intake. (18)

You hear a lot about those killers, but not this one. Most people are unaware of the fact that this nutrient is actually rare in the Western diet and without enough, death can result.

What is the RDA for omega 3?

Before reviewing the opinions expressed by various governments and major organizations, it is important for you to understand:

There are three primary types of omega 3; ALA, EPA, and DHA. The latter two are found in fish and seafood, while ALA (alpha-linolenic acid) is found in plants. Our body can convert ALA to the other two forms.

Some government agencies and organizations only provide a daily recommended amount or opinion on some forms, but not all forms. As you will see, most only address how much omega 3 you should be getting from food sources (i.e. dosage amount from eating fish and seafood).

Except for when DHA is separately called out, the EPA and DHA amounts listed below are for their combined total.

Most published opinions are only directed towards intakes for general health. Some are for cardiovascular health and pregnancy.

Occasionally, people ask how much omega 3 for weight loss, for athletes/bodybuilding, for depression, and other circumstances. To the best of our knowledge, no government body or major organization has issued any kind of intake recommendation or dosage whatsoever for those things.

Furthermore, we are not aware of any human validated research which conclusively links omega 3 fatty acids with losing weight or benefits for bodybuilders, endurance athletes, etc.

Most dietary guidance and opinions are published by the U.S. Department of Agriculture (USDA), however the Department of Health and Human Services (HHS) will often weigh in on certain nutrient levels for specific diseases and health conditions.

The HHS will sometimes issue guidance which differs from USDA guidelines. While also an arm of the HHS, the Food and Drug Administration (FDA) deals with enforcement of regulations.

How much omega 3 supplements should I take?

Presently, the advice offered only applies to the general consumption of fish and in doing so, they mention how much EPA and DHA the servings of fish would be expected to contain. That is not the same as an omega 3 Recommended Dietary Allowance (RDA), Adequate Intake (AI) or Tolerable Upper Intake Level (UL). Nutrient levels for ALA, EPA, and DHA have not been established by the FDA and therefore, an omega 3 RDA does not exist.

As a cabinet level ministry of the Japanese government, the Ministry of Health, Labour, and Welfare is responsible in setting standards for food and beverage, as well as regulating their limits of pesticide/herbicide residue, additives, and other chemicals.

Among all the governmental bodies and major organizations which publish recommendations on essential fatty acids, Japan by far has the most granular data. Unlike many others, how much omega 3 per day is not reported in terms of EPA and DHA amounts, but rather the umbrella category for all omega 3 intake combined (ALA + EPA + DHA).

Other sources of research [unrelated to Japan] have suggested that in healthy young males, about 8% of ALA is converted to EPA and 0-4% to DHA (5). In females, 21% of ALA converts to EPA and 9% to DHA (6). Due to low conversion rates in humans, it is important to realize that the values reflected below of total omega 3 intake for ALA + EPA + DHA would be substantially higher than already converted EPA + DHA amounts (which are not specified).

To the best of our knowledge, Australia is the only country which issues specific guidance for military personnel that differs from the advice provided for the general public. Australian Defence Science and Technology Group (DST Group) is Australia’s second largest governmental science organization. It provides support for the country’s branches of military and national security.

Headquartered in Geneva, Switzerland, the World Health Organization is an agency within the United Nations. It focuses on international public health affecting not just UN members, but the entire world population. With 193 member states in the United Nations, the RDA and nutritional advice provided by WHO strives to be relevant to the most diverse ranges of populations and economies throughout the world, and places special emphasis on those populations with undernourishment and where a balanced diet is difficult to obtain.

Headquartered in Quebec City, Canada, the FAO is another agency within the United Nations whose mission is specifically focused on leading international efforts to defeat hunger. The words fiat panis found in their logo represents the latin translation of “let there be bread.” As part of their mission of ensuring food security and nutrition, the FAO teaches agriculture, fishing, and other trades which can assist developing nations increase their production of food. Secondary objectives of the agency include sustainable management of natural resources, economic and social programs.

Among the major health and wellness non-profits in the United States, the American Heart Association would arguably be considered the most relevant to this topic given their size, their budget, and their focus; reducing death caused by heart disease and stroke. They are one of the few major bodies who have addressed a daily dose of omega 3 fatty acid intake from supplements, but only under the direction of a patient’s physician.

International Society for the Study of Fatty Acids and Lipids (ISSFAL)

Established in 1991, the ISSFAL is an international scientific society with more than 500 members from over 40 countries. While not a large organization, their advice of how much EPA and DHA per day is particularly noteworthy being that ISSFAL’s sole focus is on the study of fats.

Why the need for EFAs? 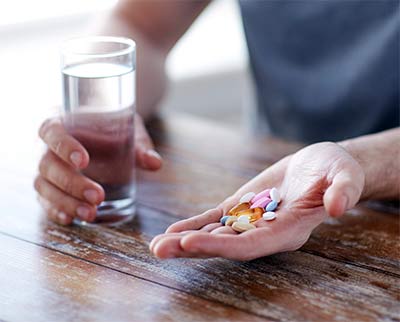 Most of the fats that we as humans need to survive can be synthesized – meaning we can create them internally. However there are two we cannot… omega 3 and 6.

That’s why these are called essential fatty acids or EFAs. They are essential for life and we need to get them from dietary sources. In fact, when they were discovered nearly a century ago in 1923, they were named vitamin F due to their vital importance (16).

However since they are actually fats and not vitamins, their moniker was later changed to EFAs for a more accurate description.

If your foods aren’t providing enough, your doctor may advise for you to obtain an omega 3 daily dose from a dietary supplement or prescription (such as Lovaza, which is a very expensive EFA medication).

Is omega 3 more important than omega 6? Technically no, they are equally important. However the modern Western diet contains so much omega 6 that deficiency is virtually non-existent.

How much 6 are we eating? This should give you some perspective…

Scientific sources have suggested that during the hunter-gatherer days of humans, we were eating omega 3 and omega 6 in a roughly 1 to 1 ratio (17). Today, the modern diet is said to be around 16 to 1… meaning we are eating 16x more omega 6 than 3!

Why is omega 3 more difficult to obtain? Because it mostly comes from plants and fish which the average person eats very little of. Flax, chia seeds, walnuts, spinach, salmon, rainbow trout, and Artic char provide you with lots. Meanwhile those pizzas, burgers, fries, and Chipotle burritos provide almost none.

Furthermore, plants provide omega 3 in the form ALA, which needs to be converted to EPA and DHA. The efficiency of that conversion varies greatly and some people have a more difficult time obtaining it that way. Fish and seafood, given their mercury levels and other toxins, are also problematic for daily consumption. Ultimately, these factors have lead to the modern diet containing significantly lower amounts.