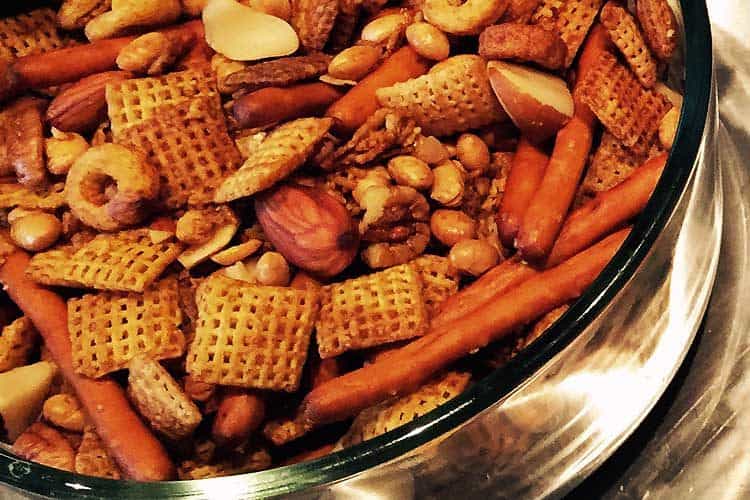 Q: Dear Superfoodly, I’m making Chex Mix. Is there a substitute for Worcestershire sauce which is both vegan and gluten free? Because one of the people eating is celiac and the other is a strict vegan.

A: The good news is you’re asking the right people! From Thanksgiving through Christmas for the past five years, you will find us slaving away in the kitchen making a Chex Mix recipe which fulfills those exact characteristics (pictured above).

You don’t need a substitute recipe. There are plenty of options on the market.

The bad news is that you will almost certainly need to buy the vegan Worcestershire sauce online. Lea & Perrins isn’t going to cut it. There are only two brands on the market which are labeled as being both vegan and GF.

Even here in LA where Superfoodly is located, none of the Whole Foods we shop at carry them and the independent health food stores stopped carrying them due to lack of demand (we asked why last year when it was no longer on the shelf).

If it’s just gluten free Worcestershire that you need and don’t care about it being organic, then you can pick some up at almost any regular grocery store, Walmart, Target, Costco, Meijer’s, etc. 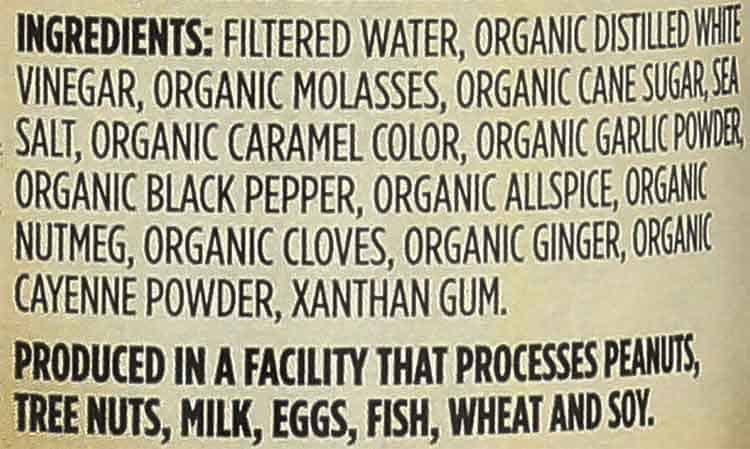 Surprisingly Whole Foods might not have a GF version for sale. They recently reformulated the ingredients of their 365 Everyday Value organic worcestershire sauce. They took out the obvious gluten sources (wheat) but their marketing for it does not label it as gluten free and/or vegan.

Also, they list it as being made in a facility that uses wheat. As of the time of this review, the icons for vegetarian, paleo, and organic are on the website’s product page and that’s it.

The other brand they carry in store, Annie’s Naturals, definitely has gluten.

Some important disclaimers and caveats…

All of the above is for U.S. versions

Ingredients are sometimes different in other countries. For example Kraft Heinz says it’s only gluten free for U.S. and Canada. For Lea and Perrins (another brand they own) they say only the U.S. version is gluten free but it has anchovy, so not vegan. (1).

Speaking of changes, many online pictures – including those on Amazon and Walmart product pages today when we checked – were showing French’s, Heinz, and Lea & Perrins as containing wheat in their ingredients list.

It appears those photos are due for updates, because that differs from what Kraft Heinz reports on their website as well as the labels we viewed ourselves.

Bought it during the holidays a couple years back. In 2020 it was unavailable except at one obscure online retailer. In 2020 we couldn’t find it for sale anywhere. Their Facebook page did have some posts half a year ago, though it has been a ghost town since and we can no longer find their website in Google.

If you’ve used Robbie’s Naturals products and sauces in the past, sorry to say but we are fairly confident they are now out of business. We would advise against buying old stock you may find on Ebay or Amazon, obviously something fresher would be better. 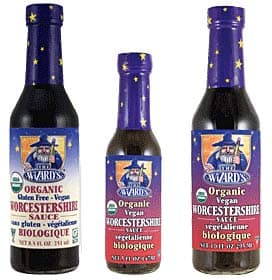 We’ve been using it for Chex Mix recipes for a couple years now. It’s the most likely to please everyone with food allergies as well as the most common dietary preferences. Plus it’s organic.

The only negative thing we have to say about it is that it’s somewhat high sodium, but no worse of an offender than the other brands on the list (and actually lower than most).

The only low sodium Worcestershire sauce that was both vegan and GF was Robbie’s, but that’s no longer an option.

As mentioned above, even in Los Angeles very few health food stores sell Edward & Sons The Wizard’s sauces. When we do see them for sale, their pricing is a ripoff. What we do is buy our specialty items like that online. Here’s the link for it on Amazon.