If we were to travel back in time, to a period where there were no medical licenses, no pharmaceutical companies, we would come to ancient healers. These healers have been in all walks of life. Asia is greatly known for the healing powers they have used throughout time. There were not those educated individuals who would hand over a prescription for pills that would help the ailing individual.

There were instead those who were considered gifted in the art of healing. Native Americans called them Medicine Men, other locations had Shamans, some areas called the healer Witch Doctors. No matter the name, the practice was the same. They were there to heal the sick, assist with pain and other ailments.

During those times, weeds, roots, sap from trees, and combinations of items in nature were used to make a paste of sorts or powder that was then given to the sick person. One such location would be the Asian countries.

Deeply rooted in Asian history, herbs have been used as a treatment for ailments of all types, as far back as time began. Mushrooms have always been on the top of the list due to how versatile they were at helping so many issues.

The Ganoderma Lucidum, also known as the Reishi Mushroom is likely the top choice of Asian Practitioners. There is a fungus that has been popular for 2000 years in China. This fungus grows in the far reaches of Asia. The Ganoderma Lucidum is a dark-colored mushroom that has a woody type texture and is shiny on the outside of the mushroom.

There are over 200 species in the Ganoderma Lucidum family. While the Reishi mushroom continues its popularity in Asia, it is growing in popularity across the globe. In the United States, there are manufactured species of the family being grown. They are used in pill form and in powder form.

This fungus that originates in Asian countries is known for treating inflammation as well as promoting long life. In other areas of Asia, this Mannentake mushroom represents a powerful combination of spirituality and longevity of life. Considered the herb that promotes success, spiritual life, longevity, and well-being, this fungus is prominent for its pharmaceutical benefits versus the nutritional benefits.

The Ganoderma Lucidum, along with the recent scientific reports, appear to correlate with the belief of benefits provided by the lingzhi mushroom. Lingzhi is the name given by the Chinese region, Reishi comes from the Japanese version of lingzhi.

In what we would call modern times, scientific studies were completed with cells, animals and also humans. Many of the stated claims have been proven to be accurate throughout these studies. Some of these health benefit claims pertain to:

That is, they fight the abnormal cells until they die off and the person is once again healthy. In many of the cancer patients tested, there was an increase in the activity of these cells.  This fungus, the Reishi mushroom, is believed to improve the lymphocytes in some individuals with colorectal cancer. 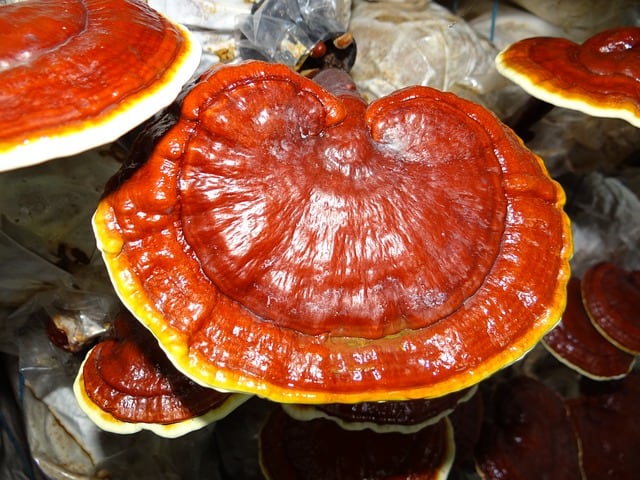 The potential cancer-fighting agents in the Ganoderma Lucidum is giving cause to science to do further research. As of now, there are many people affected by cancer who are using this as a supplement and having great results. Others do not have the same results. In those that see results, and in the test tube studies, they are seeing an increase of cancer-fighting agents that attack and kill the cancer cells.

Further research needs to be done to prove this without a doubt. In the few studies done, the mushroom increased the plasma antioxidant capacity. Also, in preclinical trials conducted, the mushroom has shown that it has immunomodulatory and chemopreventive effects. This means that it helps to reduce the nausea effects from having chemo treatments, which in turn increases the effectiveness of radiotherapy.

Of the studies done this far, the Ganoderma Lucidum is showing results of fighting fatigue and helping with depression in many of the affected individuals tested. Some have seen improvement after just four weeks, while others did not see any improvement until 8 weeks.

The purpose of research is to find agents or cells that can inhibit the increase of infected cells without causing damage to the good cells. This has been evident in some forms of the Herpes virus. There has been some evidence that the triterpenes from the Ganoderma Lucidum mushroom have been able to inhibit protease activity in some individual cases of HIV. 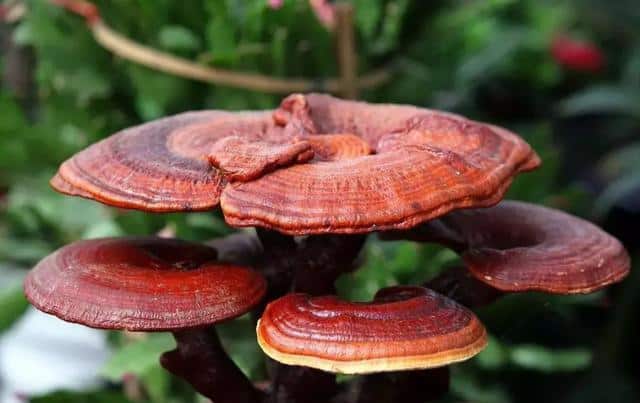 There are numerous other potential benefits of using this mushroom as a supplement.  In addition to boosting immunity and fighting infections, some studies have shown that the Lingzhi is being studied for the effects it brings to heart health, controlling blood sugar, and also an increase of the antioxidants.

Further study is necessary to show that the mushroom could improve cholesterol levels, depression, and fatigue. There are molecules that are found in the Reishi mushroom that help to lower blood sugar in animals. Only preliminary studies have been done on humans thus far.  The findings are equal in human studies.

There is always talk in the medical field in regards to antioxidants and the work they do in humans. There is much claim that the Reishi mushroom contains these antioxidants.

Locating the actual Ganoderma Lucidum is a difficult task. Today, there is a manufactured version that is being used as a supplement. There are different forms of this available. There are powders that can be added to foods or drinks, as a dietary pill form supplement and also as a tea blend.

To the Chinese, ancient, and even today, the Reishi mushroom is called “a divine, spiritual and magic mushroom”. In addition to the previously mentioned uses, other uses include High Cholesterol, Aids, Hypertension, Immunostimulation, Strength, and stamina, as well as symptoms that occur in the lower urinary tract in male individuals. 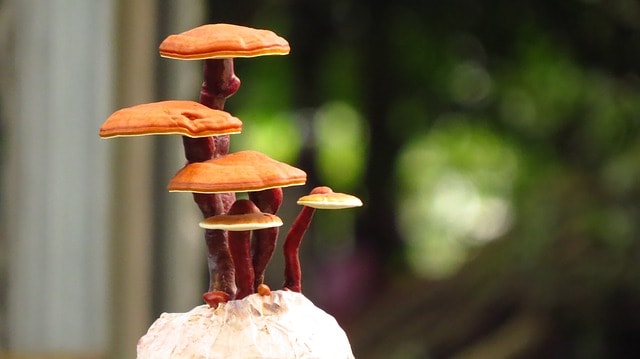 Recent studies have shown improvement after human studies with women who have Fibromyalgia. The Ganoderma Lucidum supplement was shown to be effective in two areas for the women tested. These were for movement and in sleep. There was an overall reduction of pain of 20% to 30% in the pain levels.

Parkinson’s Disease is another disease that has been tested with Ganoderma Lucidum. The issue is the testing is so rare that actual results cannot be determined. In the one two-year study that has been completed, 300 patients that are afflicted with Parkinson’s were included. Half of these patients were given a placebo and the other half were given the Ganoderma Lucidum supplement.

After two years, there was a definite decrease in the progression of the motor symptoms. There has been an increase in studies pertaining to Parkinson’s, that is the good news. The research of Ganoderma Lucidum and Parkinson’s should be increased further. They are discovering throughout the minimal research that is being done that the Reishi mushroom can protect against DopaminergicNeuron Degeneration.

With the potential benefits outweighing any negative research, there should be a wider use of this potentially major medicinal fungus. There are a few known possible side effects of using this Reishi mushroom.

There may be some skin irritation, dizziness, or stomach nausea. When you consider that those side effects are in many of the popular medications that are dished out regularly, one would believe that Ganoderma Lucidum would be used a little more frequently. Yes, the popularity is beginning to grow in the United States. Asians have known for centuries what we are trying to learn by doing research.

How can the medical field explain the lack of faith that they hold towards this potentially helpful fungus? The evidence of generations of people should tell them what they need to know. However, it is understandable that all research that can be done, be done so that the safety of the Reishi mushroom is no longer in question.

Benefits of diminishing pain and increased movement in Fibromyalgia, limiting the convulsive movements in Parkinson’s, helping to fight killer cancer cells, and helping battle viral and bacterial infections. It has also been shown to relieve some stress, help with chronic fatigue while improving the sleep of the user.

This seems to be an obvious form of help for so many patients worldwide. Past research has shown that Reishi is a well-tolerated, safe supplement that has helped to slow down the progression of many issues in humankind today.