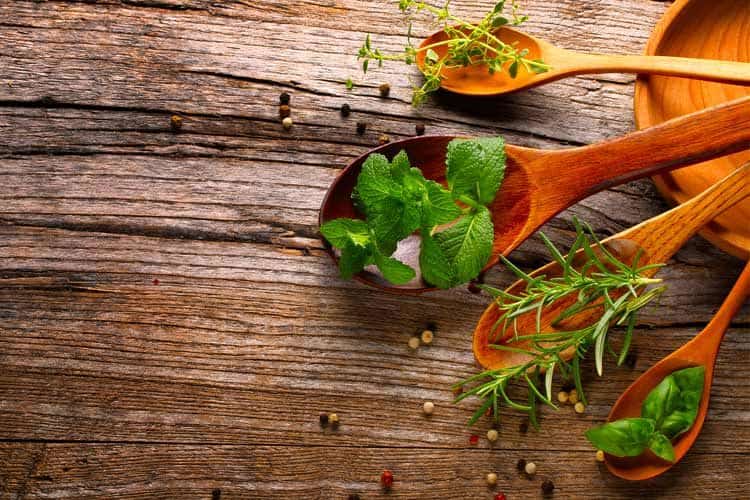 Fresh vs. Dried Herbs: What’s Healthier? Not What You Think

An itty-bitty clamshell of fresh organic basil at the grocery store will run you $2 to $3. Enough for one dish, maybe two.

So on a per serving basis, is it worth paying triple or quadruple the cost for those bright green leaves?

With many recipes, absolutely. Try serving your guests a Caprese salad made with dehydrated basil and they’ll smirk.

But give them a more processed and heavily cooked dish… there’s a good chance no one will notice the difference. For those recipes, are the dried herbs as good as fresh? Are they less nutritious?

Conversion ratio of dry to fresh 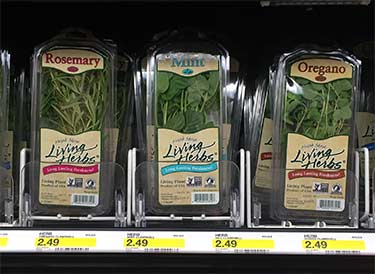 Are we qualified to analyze the antioxidant free radical savaging capacity of both types? Absolutely. But to tell you how much dry spice to substitute for fresh in your cooking and recipes? Absolutely not!

Though, Martha Stewart definitely is.

For almost all, dried herbs are stronger than fresh. Therefore, you will need less of the powdered and freeze-dried versions.

According to Queen Martha, this is the ratio:

For example, the conversion you would use for minced basil would be 3 teaspoons of fresh or 1 teaspoon if it’s basil seasoning from a jar.

When you’re working with the whole leaves, obviously it gets tricky to compute for such tiny amounts like that. But in larger quantities – like using cups of it for a pesto sauce – the ratio can still work as long as you moderately compact the leaves when measuring them (filling your measuring cup with the whole leaves and pressing them down). 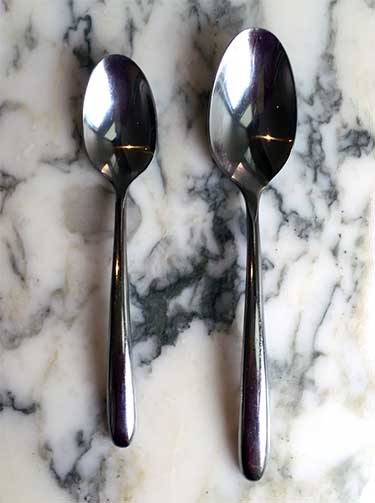 For all reasonably compact herbs like oregano, parsley, or the leaves of rosemary and thyme after they’ve been pulled from the needles, there’s a simple kitchen trick you can use:

So if a recipe calls for 1 teaspoon from a bottle and you want what was just picked from the garden, then you can simply use 1 tablespoon for it (instead of doing the teaspoon 3x). That makes the substitution for fresh vs. dried even easier.

If the ratio is 3 to 1, at best you would expect dry to have 3x the antioxidants and nutritional values, but more likely even less because of deterioration over time.

Does that hypothesis hold up? Let’s find out.

ORAC stands for Oxygen Radical Absorbance Capacity. When it comes to measuring the antioxidant activity in food, it is the most elaborate method and considered to be the gold standard. The ORAC scale has been multiple decades in the making. Development of it first began in the early 80’s by the USDA and National Institutes of Health (NIH).

If the conversion ratio is 3 to 1, then why do most of the spices have way more than 3x the antioxidants?!

The answer for this anomaly

The 3 to 1 rule does not mean that fresh herbs have 3x the amount of water as the same seasoning from a jar.

Far from it, in fact. Take fresh parsley as an example. The USDA National Nutrient Database has entries for both versions and reports the water percentage for each (1) (2).

That means the dried is nearly 700% more concentrated.

Yet the difference in their ORAC values is even more than that, much more. What explains the remaining difference?

First and foremost, it is the way in which spices and seasonings are typically made. 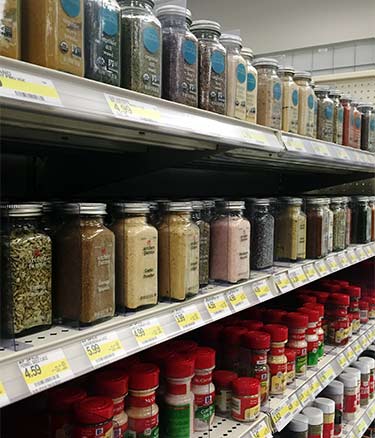 In order to capture their flavor to the fullest extent possible, spices are often processed immediately after harvesting. This dehydrating or freeze-drying almost entirely stops the degradation process. Notice we say almost. Once the water content is removed and made more comparable to the normal atmosphere, the breakdown of compounds is slowed exponentially. That’s all compounds of the plant, including its polyphenols, flavonoids, carotenoids, and other antioxidants.

In short, you can almost think of spice manufacturing as cryogenic freezing. It greatly prolongs the decay.

That’s why your herbs in the clam shell from the produce department wilt and look like crap in a matter of days. Yet the spice in your cupboard can last for many months, sometimes even years.

But even when those fresh leaves look fine, it doesn’t mean all of their nutrients are.

Whether we’re talking fruits, vegetables, or herbs, as soon as they are separated from their source of life – which is the tree, plant, or vine they were attached to – deterioration begins. By the time they reach the supermarket, only a small fraction of the antioxidants may be left.

How much deterioration takes place depends on:

Was the produce irradiated, UV treated, or coated with chemical preservatives? These will affect antioxidant and content. For better or worse depends on which techniques and how they were used (3).

How fast do freshly picked vegetables and herbs lose their nutrients? The answer will vary greatly depending on the species. For example, green peas stored in a refrigerator (39° F) for 7 days will retain 85% of their vitamin C content. For green beans, only 23% will be remaining (4).

The less exposure for each of these, the better and more nutritious plant-based foods will be for you. How to best preserve your spices (as well as your vitamins and supplements) is storing them in a cool, dry, and dark place.

Why a 3 to 1 conversion for cooking?

Ignoring the antioxidants for a moment, as seen above with parsley, the concentration of active ingredients in dried spice is about 700% in comparison. So why isn’t the fresh to dry herb conversion 7 to 1 instead? There are two reasons for this.

1. It’s an average, not a steadfast rule

If Martha Stewart says 3 to 1 is the typical ratio for substitution, who are we to argue with her?

We trust that she knows better than just about anybody. Unfortunately we haven’t been able to find a reference where she gets into the nitty-gritty as to which seasonings deviate significantly from that advice. Though off the top off one’s head, it’s likely that dill weed and some of the other milder ones need more than 3:1 if you’re getting them from the cupboard.

Then there are the spices like garlic powder, where too much is almost enough! With garlic cloves that you’ve just minced, it shouldn’t be a problem doing 4x or 5x the dry amount… or even 10x according to our taste buds!

2. Antioxidants are degrading slowly, the taste may not be

Even if they retain a high concentration of antioxidant activity, many dry spices have a milder taste. Think of thyme as an example. Not everyone can handle a lot of thyme if it was just picked, but if it’s been sitting in a bottle for 8 months, its taste is much more subtle even if you used too much in your cooking.

To prolong the potency, buy whole versus ground when possible. Then, grind/crush when you actually use it. 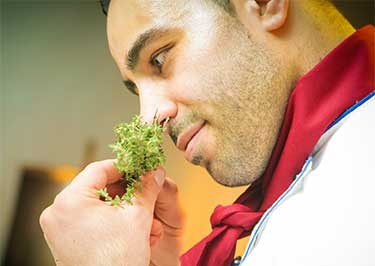 Then there are some, regardless of form, which lose their flavor and aroma quickly when heated. Powdered fennel seed is one of the absolute worse… toss that in a sauce on the stovetop and within 10 minutes, the aroma and taste might not even be detectable. Spices like those are best to add in at the end of cooking.

With some pasta sauces and other recipes, try reconstituting the dried herbs by putting them in a cup with a little water. After 30 minutes, you can pour them (including their infused water) into your recipe.

That allows you to stir it into a meal that was just cooked, without having to worry about hard granular chunks or that unsightly freeze-dried appearance.

Is it better to substitute dried herbs for fresh? Both are good for you but when it comes to antioxidants, it’s likely that the freeze dried version will be healthier (assuming it’s not an old bottle).

But a joyful life is as important as a healthy life! If you have a strong preference for fresh, then by all means go with that. You can always augment the amount of antioxidants by adding a few shakes from a jar, too.