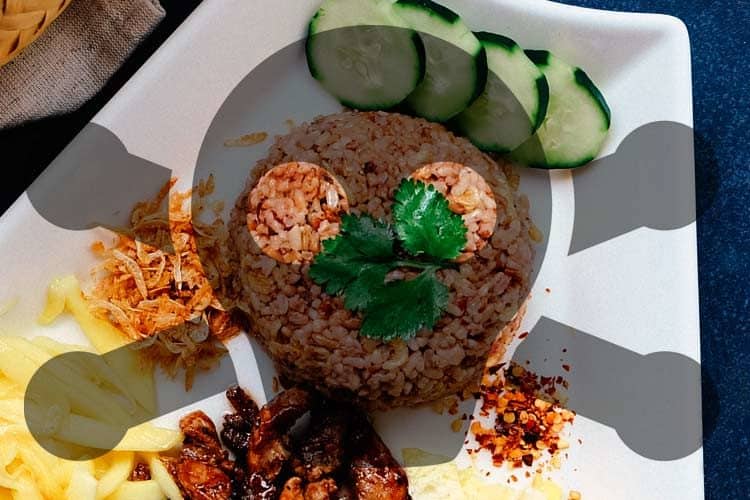 If left out unrefrigerated after cooking, rice is one of the most dangerous sources of food poisoning.

Though it seems like one of the most innocent in terms of food safety. After all, it’s not a meat which can rot or a dairy product which can sour quickly. As a plant – whether it’s brown or white rice – most people assume it’s safe to eat if you leave it out at room temperature on the counter overnight. Or in your car for a couple hours, in the form of leftovers from your favorite Thai restaurant. The rice getting soft and mushy is assumed to be the worst thing possible.

As it turns out, rice is one of the dangerous sources of food poisoning.

Being that is unlikely to be a source of salmonella or listeria, it certainly isn’t the worst in terms of the bad side effects it can have on your life (those two can often be lethal, that’s unlikely here). However what makes brown rice so dangerous is because people almost never think of it as potentially being a problem.

Why does cooked rice go bad? 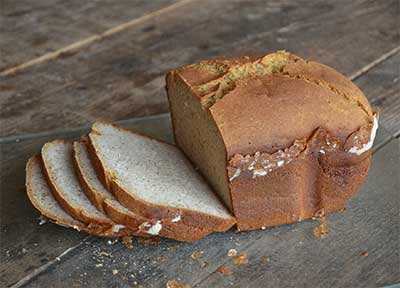 Most GF breads are made with rice flour

Ever wonder why practically all gluten free breads are sold in the refrigerated or frozen foods section, while regular wheat-based breads are not?

Yes, some of it has to do with demand (GF breads have a slower turnover) but that’s not the main reason.

Even at a GF metropolis like Los Angeles where Superfoodly’s HQ is, our local Whole Foods seems to sell more GF breads than regular… yet they still keep them refrigerated or frozen.

The reason for this is because rice has a particularly nasty side effect. After rice is cooked and its temperature drops under 130 degrees, there are dormant spores which begin to germinate and when they do, they produce toxins. The biggest offender in rice the Bacillus cereus bacteria, which is what’s responsible for “fried rice syndrome” which you may have heard before. Another genus of mold species which will thrive in starch-rich environments is Aspergillus (1).

Just 1 germinated spore of B. cereus can become 1 billion within a few days. After germination, their population doubles every 90 minutes at room temperature. Even worse, at your body’s temperature (or a really warm room) the doubling can occur every 15 minutes (2).

Those dormant spores easily survive boiling water and in fact, it is the process of boiling – infusing the grain seeds with water – which helps and will promote the growth of bacteria after the temperature begins to cool back down.

This holds true for rice in many forms after it is cooked and moist. It could be gluten free pasta, baked goods using rice flour, even Rice-A-Roni noodles. The growth rate though can vary quite a bit, as more moisture may spawn more bacteria.

Even in what we could consider dry items – liked rice cakes sold at retail – bacteria is detected (3). One study from about a decade ago looked at the rice cakes made with ingredients from regular, sweet rice, mung bean, and tapioca. The bacteria Bacillus cereus was detected in white rice, mung bean, and tapioca samples tested. The amount for most remained below 106 CFU/g, which is the threshold at which toxins are produced. The exception was the rice cake using mung bean, that did produce toxic levels. 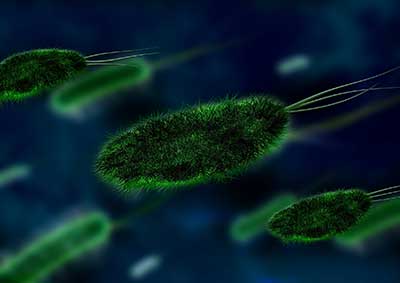 Bacillus cereus side effects can start as soon as 30 minutes to several hours – usually within 6 hours – after poisoning (4) (5). Stomach flu symptoms such as vomiting or diarrhea, if not both. Abdominal cramps and pain can also be severe.

Headaches are common, which no doubt are partly related to you being dehydrated after throwing up and having diarrhea symptoms.

If you’re younger and healthy, the side effects may be nothing more than a nuisance. But for the elderly and those with compromised immune systems, the side effects could potentially be lethal. If not in themselves, then in the cascading health effects they create for the person who’s already ill or has sub-prime health to begin with.

For babies, the symptoms may be dangerous given how difficult it can be for someone to comfort and treat a sick baby, regardless of the bug they have.

How long is cooked rice good for?

In short, the sooner you consume it, the better.

The potential danger has been scientifically documented for decades. You can even look at a study from over 40 years ago which tested the bacteria levels and concluded that “under no circumstances should cooked rice be stored at kitchen temperature for more than 2 hours” (6). It’s old news, but few are aware.

Remember that 2 hour clock starts ticking as soon as it’s removed from heat. After that, it will drop to 130 degrees within a matter of minutes. The USDA calls the temperature range between 40°F and 140°F as “the danger zone” for bacterial growth and food poisoning.

Restaurant leftovers? The minute the plate lands on your table, the stop watch has begun. By the time you eat your meal, downed your drinks, get your to-go box, and settle your bill, easily 45 minutes may have already elapsed.

Then of course you must factor in that possibly sketchy Chinese, Thai, or Indian restaurant you’re eating at. Back in the kitchen, they may or may not be abiding by the proper safe food temperatures in the first place.

LA traffic? That might be another hour right there in the car. Even without, any pit stops along the way home only adds to the clock.

Thinking it over, there’s a good chance your cooked brown rice can go bad sitting out unrefrigerated, even under normal day to day circumstances.

Conclusion? This is one food from the restaurant you don’t want to be taking home in doggy bag!

How long in the freezer?

Assuming you froze it immediately after cooking, rice can last 6 months in the freezer and still have good taste. As far as the safety of bacterial growth, if kept constantly below 0° F it technically will be safe to eat indefinitely, but that doesn’t mean it will still taste good a year or two from now.

How long in the fridge for? 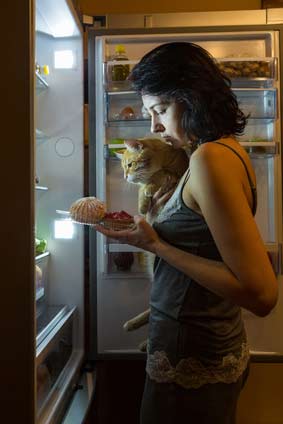 How long can you keep cooked rice in refrigerator? That will be much longer than room temperature, obviously. But it’s not as long as many people think.

Your standard refrigerator has a temperature of around 38 to 40° F. Those open-faced refrigerated sections and deli cases at the grocery store can be even warmer; their partial enclosure leads to inconsistent temperatures for their outermost facing food containers (that’s why we recommend grabbing the ones far in back).

No more than 1 day according to at least one governmental agency, the UK’s National Health Service (NHS) (7).

Maybe the reason we’re so ignorant of the potential dangers of rice is because in the US, our CDC does an absolutely horrendous job of informing the public. The guide for storage times in the refrigerator and freezer on FoodSafety.gov lists all kinds of meats, dairy, salads, soups, and even pizza, yet remains mum on rice and doesn’t give clear advice on other forms of isolated grains either (8). That being said, for all the other prepared and opened items they list, the longest you see is bacon at 7 days. Everything else is 3-5 days or less.

A former chef and restaurateur informed us that in a professional kitchen, all cooked food should be disposed of after 3 days in the fridge. That includes white and brown rice. At home, he said he personally will not use it after 3 days, either.

Ask the average Joe or Jane and their answer will vary greatly. You hear some people keeping rice in the fridge for 5 days, one full week, 7 to 10 days, even two full weeks and claim it’s safe because “it looks fine and I don’t smell anything funny.”

FYI unless you’re looking under a microscope, there’s a good chance you won’t notice Bacillus cereus nor Aspergillus. It probably won’t smell either.

If you want to keep for days or weeks, you should put it in the freezer immediately after cooking and then re-heat (thoroughly!) once you’re ready to consume it.

As we do with many things in life, it’s almost as if you can pick and choose the answer you want. Though we’re picking the UK government’s advice of 24 hours. We don’t want that, but it’s better to be safe than sorry.

Should you just avoid this grain?

It may not have much antioxidant content, but brown rice is good for you. It gets a bad reputation for being carb-heavy, but the truth is it’s quite comparable to quinoa in both carb content as well as glycemic impact (both have a GI of around 50, versus white rice at 89).

But just make sure you eat it when it’s freshly cooked!