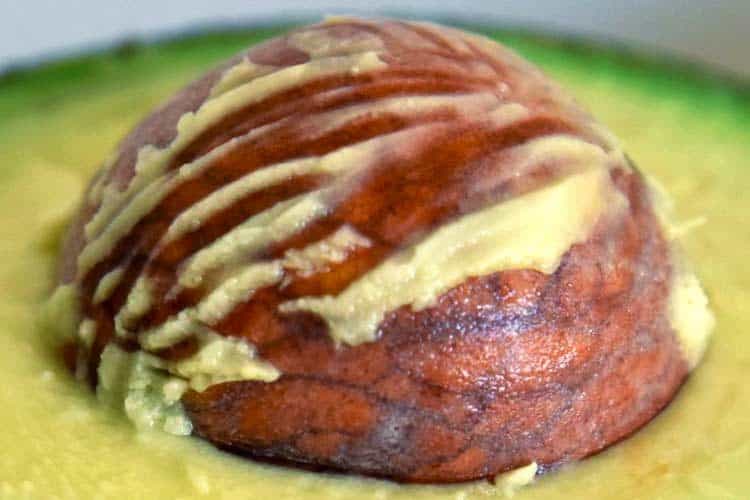 Do Avocados Have Protein? Yes & Here’s Why It’s Bad For You

Did you know that the word avocado originally came from the Aztec (Nahuatl language) word ahuacate, which meant testicle?

It was because of its shape and the fact that they believed it to be an aphrodisiac.

Being that the word was too hard for Americans to pronounce and didn’t exactly evoke an appetizing image, almost a century ago the Californian farmers came up with the current name instead, but that was after first failing with alligator pear, which never caught on (1).

Here are two other interesting facts you might not know about this fruit… how much protein is in it and the poison it contains called persin (okay for humans but not your pets). Oh and yes, technically it’s a single-seeded berry and not a vegetable (2). 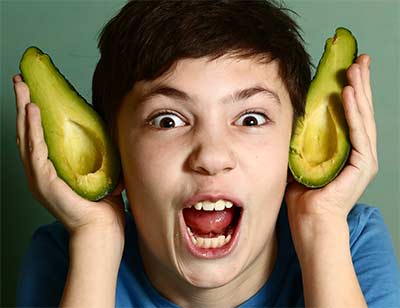 Even if the evidence that avocados are bad for you because they’re genotoxic turns out to be false, the plant is still toxic in another way.

But at least this second way shouldn’t concern you.

There is a fungicidal toxin in it which is harmless to humans. So don’t worry, there’s no need to give up the chips and guacamole for that reason.

However you probably should not be giving that guac to most animals. Avocados are poisonous to birds, rabbits, cows, goats, horses, pigs, sheep, and fish.

But are avocados poisonous to dogs? Conflicting answers have been reported on this over the years. Wikipedia claims that in cats and dogs, “mild stomach upset may occur” from persin (3). ASPCA’s website reports that “in dogs and cats, we do not expect to see serious signs of illness. In some dogs and cats, mild stomach upset may occur if the animal eats a significant amount of avocado flesh or peel” (4).

Some people believe it’s only the Guatemalan varieties (such as Haas, Anaheim, Wurtz) which might be toxic to dogs, while others claim they’re safe as long as they’re only eating the flesh and not the pit, peel, or leaves.

Modern research seems to suggest that the dog toxicity concern was a myth. In fact, a very popular and highly-rated dog food on the market now uses it as an ingredient; AvoDerm natural chicken meal and brown rice formula.

We can conclude it’s safe for canines and cats as long as the right parts of the fruit are used. Obviously, the pits are dangerous to dogs being that they’re a major choking hazard.

With that myth dispelled, let’s address another which will be of particular interest to athletes and bodybuilders who are using them in their post-workout shakes. Depending on how much you use, it might actually be bad for you, unless you want to get fat.

How much protein in an avocado?

There was an article in the UK’s Daily Mail a few years back titled “Need More Protein? ‘Ave An Avocado” and in it, they say it’s great vegetarian source.

Yes, it is true that many fruits and vegetables don’t have much in them. However there are many that do, which are exponentially higher and with much fewer calories.

Due to its size, it would not be easy to eat this much fresh spinach in the form of a salad, but if you steamed it down, you could get a whopping 12 grams of protein from a 100 calorie serving of spinach (5). That’s more than ground beef on a per calorie basis. However relying on avocado protein in any significant way would almost certainly make you fat, because to get that same 12 grams you would need to eat 961 calories worth of Hass avocados!

According to the USDA National Nutrient Database, here is the full amino acid profile for a standard avocado (6).

There are 22 different amino acids used by the human body, but only 8 are essential in adults, which means our bodies can’t produce them on our own and therefore, we are required to get them from the foods we eat.

When you hear people say there are actually 9 that are essential, that’s only true for infants because they can’t synthesize histidine. Whether you want to consider 8 or 9 essential amino acids, the good news is that avocados contain all of them.

There’s also decent concentrations of the Branched Chain Amino Acids which are leucine, isoleucine, and valine.

The bad news is that when you run the numbers, you will realize you are only getting 1.25 grams of protein per 100 calorie serving. With only 5% of the calories coming from protein, it’s hardly a “great source” as some media outlets have reported lately.

Even for a fruit (or vegetable) the idea that this is a good amount is total nonsense.

Fruits with the highest amount of protein will give you up to 320% more, on a per calorie basis. As we already demonstrated with vegetables (i.e. spinach) there are some which even exceed the content of meat. 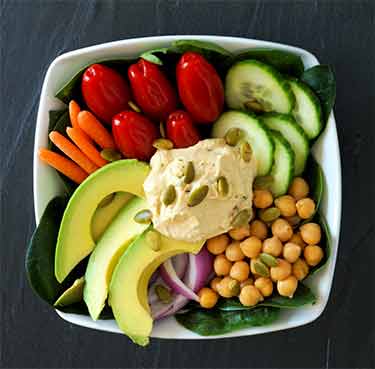 Plus, rather than looking at the amount in the whole fruit, you really should be considering the average serving size, which is probably how much protein is in half an avocado. That’s only 2 grams.

Most grains and nuts are vastly superior versus an avocado (whether that’s a whole or half avocado). According to the USDA Nutrient Database, here are a few examples of how much protein you will get from 100 calories of other vegan food sources:

These are by no means the highest plant-based sources, but rather a few random ones to show you for comparison that in reality, how much protein an avocado has is far from impressive. Even blackberries and guavas have over 2x their amount of protein and you don’t hear anyone hyping those as being an excellent source (although they probably should).

When it comes to this particular nutrient, avocados are a bad source for you.

Based on the Dietary Reference Intake (DRI), the average sedentary (meaning non-athletic) male and female need 56 and 46 grams of protein per day, respectively.

It would take 4,480 calories of avocado for men and 3,680 calories worth for women, in order to achieve the RDI. And remember, that is for sedentary people, not fitness buffs and bodybuilders.

Was this idea/opinion started or promoted by the avocado growers? We wonder if that might be the case, because we don’t understand how someone can conclude it’s a “great” source of protein versus other lower-calorie plant-based foods.

Of course, it’s still a healthy food in many ways. Being a plant, avocados contain zero cholesterol, are a good source of fiber, have almost no sugar, and research suggests regular consumption may support cardiovascular health and weight management (7). But just don’t rely on them as being a potent source of protein in your diet.

If you want a highly-concentrated plant-based source with an excellent amino acid profile, one of the best-kept secrets is pumpkin seed protein.