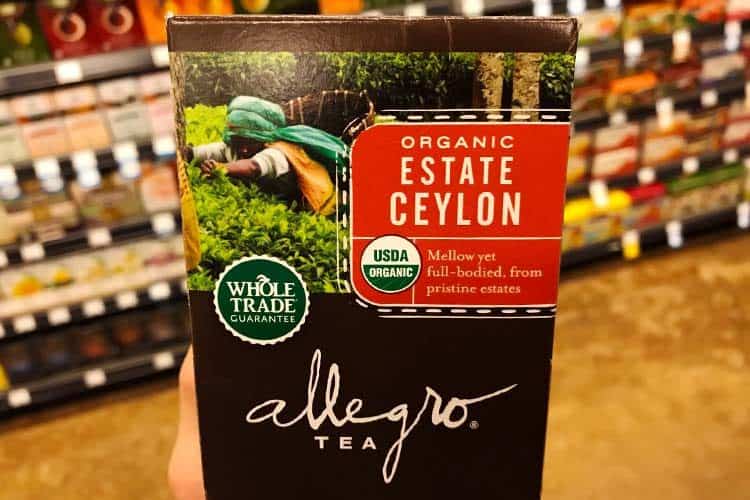 What Is Ceylon Tea? Benefits, Brands & Where To Buy

Here in the U.S. and Canada, when you hear of Ceylon, the first thing you may think of is cinnamon, as it is the second most popular type after Cassia. But this beverage is not made with cinnamon.

What is Ceylon tea?

Ceylon tea is made from the same plant as regular black and green tea, which is Camellia sinensis. The difference is that it is grown in the country of Sri Lanka, which until 1972 was called Ceylon. Since they’re often handpicked, the loose leaves are distinct in appearance because they look like little pieces of wire versus flat flakes.

Even though it’s the same plant species, the unique geography of the country produces a distinctly different tasting drink.

We have James Taylor to thank for that. He was the British man who brought the plant to the country, which was a British colony at the time.

Today, the lion logo on Ceylon tea is owned by the Sri Lanka Tea Board. If you buy a brand with this logo on the box, it means the board has verified its authenticity.

It is made as a pure black tea, traditionally. The flavor is bold, with hints of citrus and spice. The smell is more aromatic. Overall, it’s just considered a better tasting black tea.

The origin or meaning though is based on the fact it is grown in Sri Lanka. That gives wide latitude as to what flavors can be produced. You can have Ceylon green tea and jasmine. Some brands jazz up the classic black with vanilla, mango, or honey, though added flavors and sweeteners are generally not needed. It is one of the finest tasting crops in the world.

When you compare the highest grade of leaf, orange pekoe vs. Ceylon tea, there is a difference. Not all Ceylon is pekoe grade, yet even the lower grades from Sri Lanka rival the richness and aromatic qualities of an orange pekoe from China, India, and Japan. 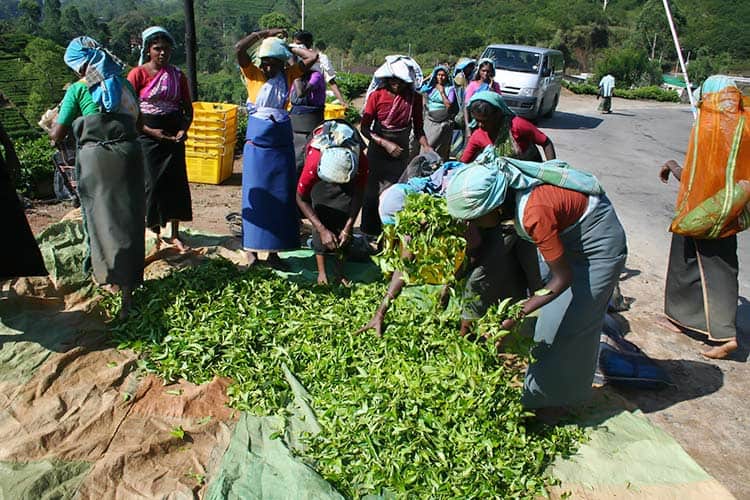 Not all Sri Lankan tea tastes the same. This primarily Buddhist island country has a surprisingly diverse range of climates.

In the middle part is the Uva region, which is where most of the crop is grown. There’s also Dambulla to the south, whose higher elevation and soil typically produce more mellow tasting leaves.

Then there’s the lighter, more delicate tasting teas coming from the highest elevation area, which is Nuwara Eliya. The altitude of this city is over a mile up, at 6,128 feet above sea level.

To be clear, most of the reasons Ceylon tea is good for you are identical to that of black tea, regardless of source.

In a large study involving 24,665 people, who were followed for an average of 7.2 years, it was found that daily tea consumption – whether black, green, or white – was associated with lower risk of ischaemic heart disease, which includes atherosclerosis. Other research on heart attacks and strokes has also suggested a likely correlation. (1) (2)

Similar benefits have been seen with the likelihood of getting Parkinson’s, Alzheimer’s disease, and dementia. (3) (4) 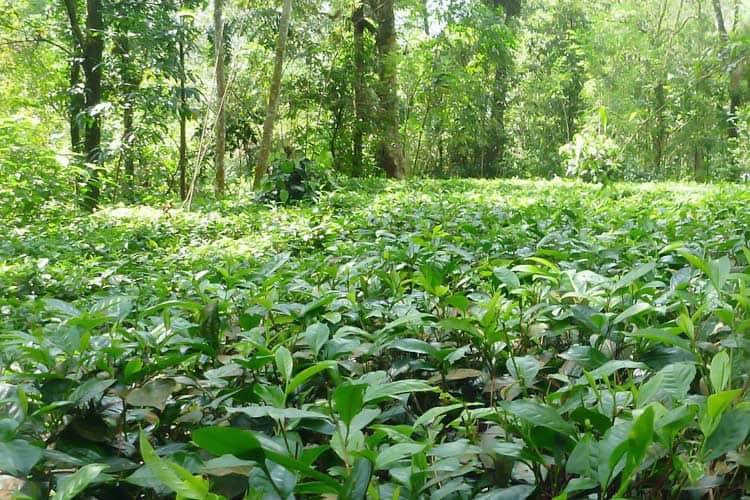 A tea farm in the Sri Lankan rain forest.

Aside from having a superior taste, the unique advantages that Ceylon offers for your health are related to pesticides. Even with non-organic, the International Organization for Standardization (ISO) has found that on average, Sri Lankan grown tea has the least amount of pesticide residue versus other countries. (5)

You may think that doesn’t matter if you’re buying organic Ceylon tea, but remember a crop can be USDA certified organic even when the field next door is being doused with pesticides.

This is why there are even pesticides on organic produce. It’s also why one could argue Sri Lanka is better than China, regardless of whether you buy organic or not.

Another beneficial aspect for your health is that the tannin content tends to be friendlier on your stomach versus your average English breakfast, Indian Darjeeling, or green tea.

Ceylon tea caffeine content will be comparable to your average black tea, which is 47 mg per 8 oz serving, according to the USDA National Nutrient Database for Standard Reference. (6)

Many people are surprised to hear that all forms of black have more caffeine than green tea, which on average is 29 mg for the same serving size. (7)

Another shock for many is that when you compare the amount of antioxidants in Ceylon vs. green tea, the difference is trivial.

In our ORAC value database, we have entries for generic black testing at 1,128, Ceylon black at 1,121, and generic green at 1,253. Sure green may be highest, but only marginally. Not enough to sway your decision one way or another.

The side effects of Ceylon tea will be comparable to black and green. The most likely reaction will be stomach ache and nausea from tannins in the leaf. Ceylon is less likely to cause this since it’s a higher quality crop with lower tannin content. The caffeine can also irritate the stomach, though the amount is trivial versus coffee.

Ceylon tea and pregnancy have not been studied specifically, though teas in general are recommended to be consumed in limited quantities during this time. That’s because there is some conflicting evidence as to whether caffeine might increase risk of miscarriage. In a Danish study involving 5,000 pregnant women, consuming 100 mg or more per day was associated with increased risk. (8)

Caffeine also crosses the placenta and therefore, the baby is exposed to it. No one can say for sure whether or not this is dangerous. Safety during breastfeeding is also an unknown.

The good news is that the amount in Ceylon is roughly half that of black coffee, which is 95 mg per cup. That’s for a weak brew too, because Starbucks Pike Place clocks in at 260 mg for a small (Short). That makes caffeinated teas in general the lesser of the [potential] evils during pregnancy and breastfeeding. (9) 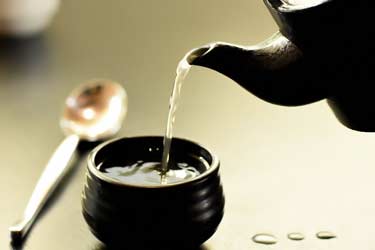 Whether you use Ceylon tea bags or loose leaf is really just a preference. Both yield an excellent flavor on their own and the first time you drink it, try it plain. You will probably find it much more palatable versus Earl Grey, English Breakfast, and Assam tea that’s naked.

Other uses include Ceylon tea for kombucha, making Thai iced tea, and pretty much any other beverage that uses regular black as an ingredient. On a side note, know the dangers of kombucha.

The nutrition won’t offer vitamins and minerals, but it’s what’s not in the tea that is good for you. Ceylon tea and diabetes go together great if you don’t add sugar. For the same reason it’s good for dieting and weight loss.

In the UK, Europe, and Africa, you will see the major Ceylon tea brands such as Bigelow, Twinings, Taylors of Harrogate, and Lipton Golden Ceylon.

While they are best known for rooibos, during our visits to South Africa, Zambia, and Botswana, the brand Five Roses was basically the Coca Cola of teas. It was everywhere!

In the Middle East, the bestseller is Zarrin Red Label pure Ceylon tea.

Unfortunately in the United States and Canada, you can’t exactly stroll into a Walmart and buy Ceylon tea from any of these manufacturers. Not even specialty grocers are likely carry it. A SoCal Whole Foods we checked only had one product out of their entire aisle.

For small brands like Nature’s Cuppa Organic, The Royal Ceylon Tea Company and others, you will almost certainly have to order online. Especially if you want it from a specific farm, like Kenilworth Estate which supplies Stash and Harney & Sons, among others.

Based on the reviews, what do we recommend as your best choice?

If you want loose-leaf, on Amazon you can buy organic orange pekoe grade from Frontier Natural in a 16 ounce package. For single serve tea bags, try St. Dalfour.