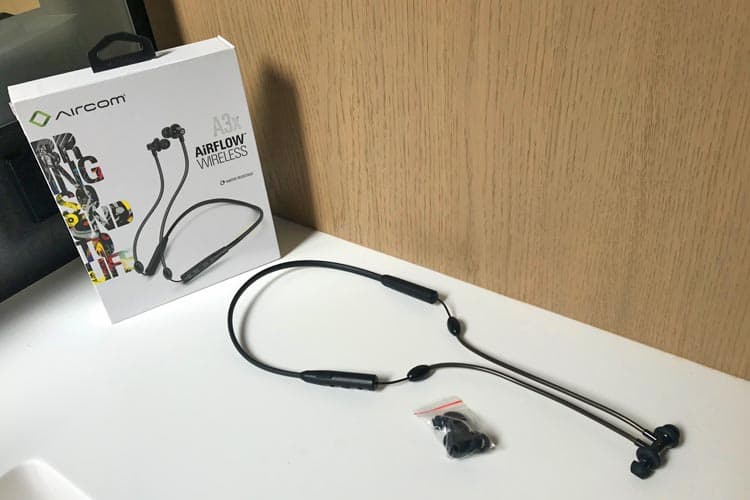 Is holding your phone next to your head really dangerous or just a conspiracy theory?

If you think the latter, then read: Do cell phones cause cancer?

If you’re already in the camp that yes, there is compelling evidence pointing to radiation from cell phones and WiFi being unsafe, then you’re in good company. That’s not just our opinion, but also with the World Health Organization.

They rank electromagnetic fields as a Group 2B carcinogen, meaning it’s possibly carcinogenic.

Of course, getting by today without wireless is impossible. So the question is, what’s the next best thing to remediate the danger?

That may seem like a safer bet and yes, depending on phone model, they may be better than holding the phone next to your brain. However, the connected metal parts in your phone transmit radio waves. When you plug in ear buds, that wire leading to your ear may turn into a transmitter!

The best solution to address this are what’s called air tube headphones.

What are air tubes? 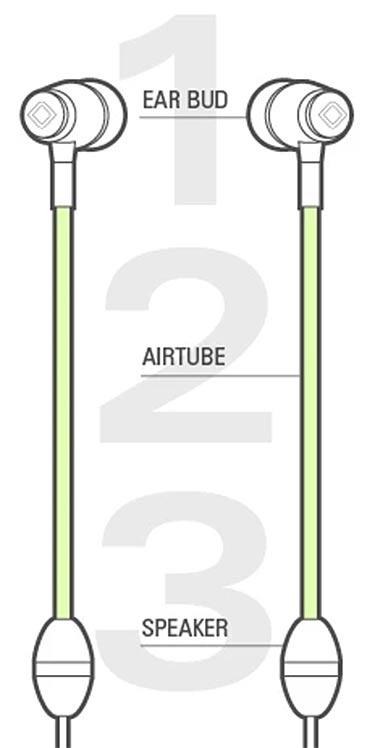 There is a break in the wire – called an air tube or Blue tube – which carry the sound waves, but not any electrical current.

The name air tube comes from how it works; a literal tube of air is used as the medium.

As a result, it means the part going in your ears are not transmitting radiation.

On Amazon, here is the model we bought and use daily.

Now that works fine for when you are at rest, but how about those physical activities when wired headphones don’t work?

Maybe you’re running. Maybe you’re at the gym. Or perhaps you have a job where at times, it’s impossible to hold your phone while performing the task at hand.

Whatever the case may be, there will be situations where you need wireless.

That brings us to the best solution for when a wired blue tube headset doesn’t work.

Although its transmitting power is minimal, Bluetooth radio communications still use the 2.4 GHz (2400 MHz) frequency. That’s the same as WiFi and adjacent to cellular frequencies.

For this reason, relying on Bluetooth headphones won’t protect you from radiation. Yes, they can protect you from your cell phone if you set it a few feet away, however the Bluetooth earbuds are transmitting and that’s taking place IN YOUR EAR. 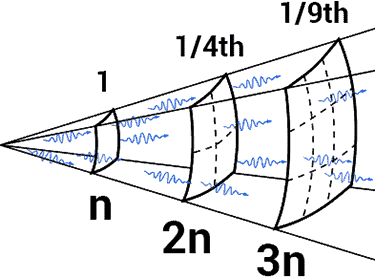 That close proximity is important, given the way radio waves work. You see when the distance from the transmitter is 10x away, the amount of exposure is actually 100x less (meaning 99% less powerful).

In short, even though the Bluetooth transmitter is weak, it’s literally inside your body – in your ear canal. So this might be equally or more dangerous than holding your iPhone a few inches away from your head.

A Bluetooth air tube headset combines a wired air tube with a Bluetooth transmitter. It is still transmitting radio waves but not in your ears. Instead, the transmission takes place on the other side of the air tube, which is several inches away.

Is it perfectly safe? Is it ideal? Not exactly. Though it is a superior option versus regular Bluetooth headphones, such as Apple AirPods. It’s also probably safer than regular wired earpods. 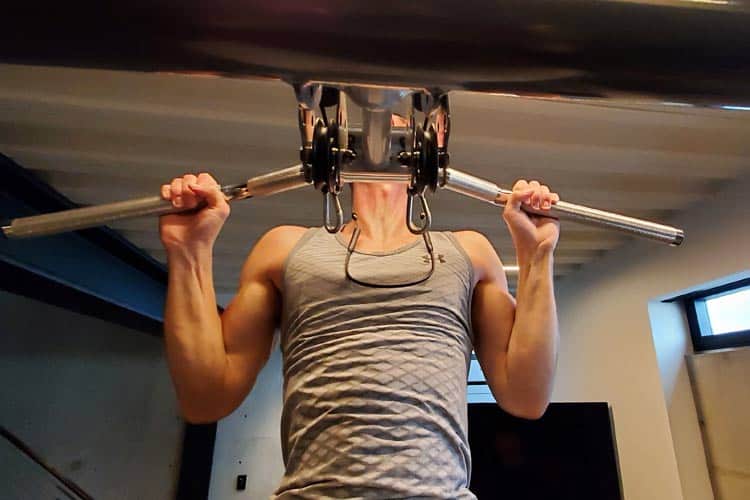 Using an Aircom model, here’s one of using a wireless air tube while working out.

Between the two brands which do, the winner is definitely Aircom.

In fact, we have spoken with the president of the company and they actually manufacture for at least one of the other popular brands. Aircom is the leader in the space and over the years, we’ve constantly seen their wired air tube headsets ahead of competitors in both features and audio quality. Likewise for their newer Bluetooth version.

In addition to drastically reducing radiation, the sound quality on these are superior to wired ear buds. That’s because the open air cylinder allows for the sound to develop more fully before. It creates a richer sound with the full spectrum of frequencies. 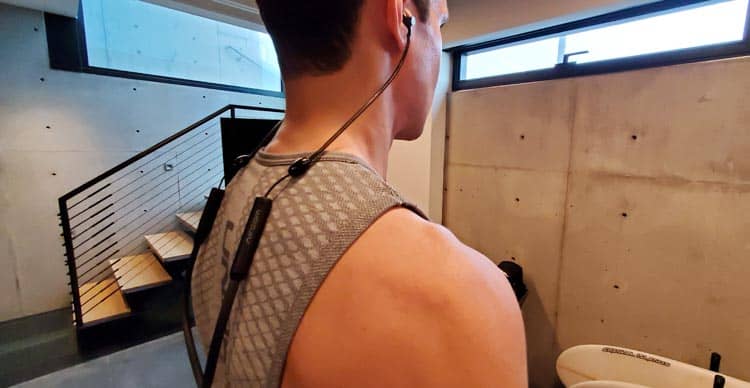 You can have them hang in front or in back. Either way, the transmitting portion is away from your head and has minimal contact with your body.