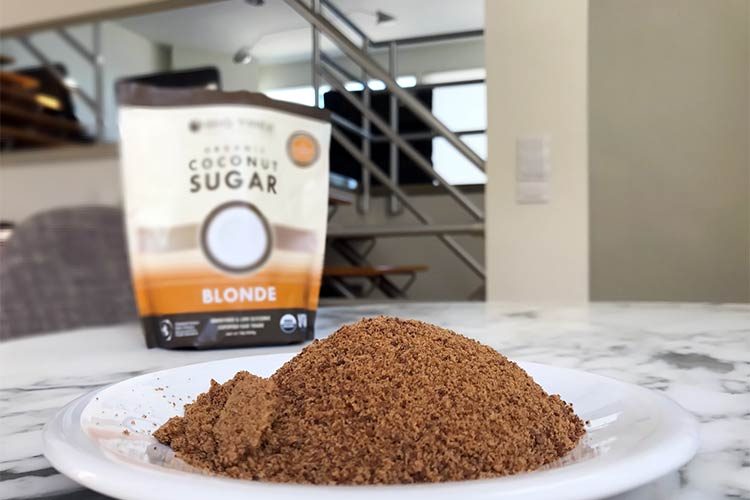 Benefits of Coconut Sugar vs. Cane Sugar Are a Big Scam

Not too long ago, a couple of us were at a popular vegan and gluten free bakery north of LA; Karma in Westlake Village.

Not that it would have stopped us from indulging, but before doing so, we inquired as to what sweeteners they were using for their sugar-free desserts.

“None. They are sugar-free.”

That’s what she said. Then do you use stevia or monk fruit? Maybe a sugar-alcohol like xylitol?

Her answer again was no. She denied that apple or grape juice were used too when asked.

Having eaten their desserts before – and knowing full well they are very sweet – we continued to press as to what they were using. Eventually, here was the answer we extracted from her:

“They’re sugar-free, because they are made with coconut sugar.”

Wow. If we had diabetes, her faulty nutritional advice may have put us in danger of a diabetic coma!

Unfortunately, that is the mindset that many have about this white powder replacement, as well as the liquid form, coconut nectar. The truth is that neither form is healthy for you.

There are much better alternatives out there, but don’t use stevia, because that might be even worse!

What is coconut sugar?

Similar to how maple syrup is harvested, coconut sap is harvested by tapping the blossoms of the tree. A funnel is connected to these holes to slowly collect the sap. To turn it into a powdered sweetener, the manufacturing process entails heating the sap until all of the water has evaporated. The remaining solids are granulated and this makes coconut sugar.

Blonde is sometimes the name used for the “unrefined” version, which technically is just less refined.

Many in the media say it’s a source of vitamin C, and minerals like potassium, phosphorous, magnesium, and calcium. Claiming any of those is highly misleading. 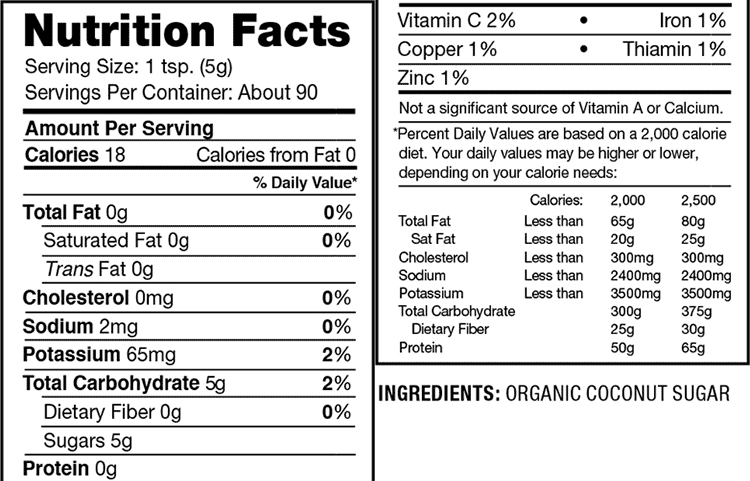 If you look at the nutrition facts label for popular brands like Nutiva, Wholesome, Bob’s Red Mill, Big Tree Farm, and Viva Naturals, you will see no minerals listed or a very low 1-2% for iron, potassium, copper, zinc, vitamin C, and thiamin (vitamin B1). That’s about the most you will see and it’s for organic and unrefined.

The more processed forms will round down to 0%.

Amino acids? Despite what you may have heard, there are zero grams of protein. 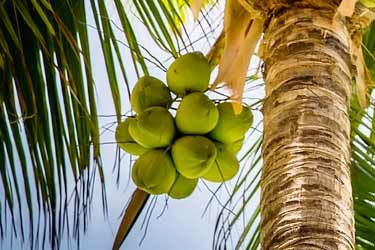 There is no difference between coconut sugar and coconut palm sugar. Prior to the Dr. Oz show, using “palm” in the name was less common. After he called it coconut palm, that all changed. Some manufacturers even re-branded their packaging to cash in on the name.

What is coconut nectar or sap? That’s just the liquid form. Don’t assume it’s unprocessed though, because some manufacturers will simply take the sugar, reconstitute it with water, and then bottle it to create a liquid which is not in the natural form it was when originally harvested. Regular brown sugar is often made in an equally deceptive way, by taking the white cane and adding molasses to it.

One thing that is distinctly different from all of these is plain ol’ palm sugar.

Unless the word “coconut” is placed in front of it, then it’s probably made from the date palm, also known as the sugar palm tree. That’s not the same tree that edible coconuts are harvested from. Only when it comes from the Cocos nucifera tree is it called coconut palm sugar.

What is the glycemic impact? 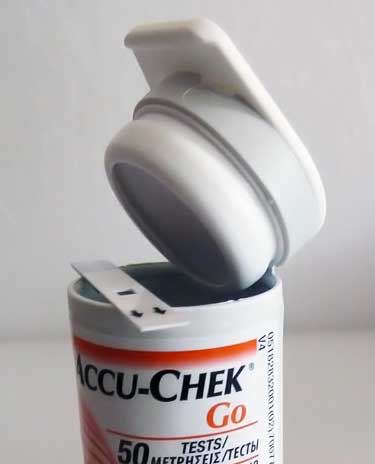 You will see many sources claim it’s a low glycemic sweetener. Most can’t or don’t reference where they’re even getting that data from.

For those few which do identify the source, when you dig in, you discover it’s a single-authored paper that was put out by the Philippines Food & Nutrition Research Institute, way back in 2003. (1)

Oh and a little conflict of interest to mention is that the Philippines and Indonesia are the two largest exporters, so they have a vested interest in it.

The government-sanctioned report states the glycemic index of coconut sugar is 35 and for coconut sap/syrup, it’s 39. The GI testing involved 10 participants who were given a 50 gram serving following an overnight fast.

Although he doesn’t state the GI number of 35 on the air, presumably that is also the source Dr. Oz had in mind during a 2012 episode, when he said coconut palm sugar is “a nutritious natural sweetener” that is “low glycemic” and seeming to infer it may help you lose weight better than others.

The problem? No one seems to be citing the deficiencies with that test, or the other test which came a decade after.

The University of Sydney in Australia is considered to be the foremost leader in this field. They maintain the most comprehensive public database of GI values on the web.

The Sydney University Glycemic Index Research Service (SUGiRS) works on a hired basis to test products for food manufacturers. Here’s what their manager, Fiona Atkinson, had to say about the GI of 35 and Dr. Oz coconut sugar commentary (2):

“That’s an old value from the Philippines and it was not tested according to the ISO method. We have recently tested coconut sugar for a company, but the results must remain confidential until they give us permission to publish them. I can say that although the GI was certainly not 35, it was low for what is essentially a sucrose-based sugar.”

So it may be low[er] for a sugar, but it’s “certainly not 35” according to their test, which uses the best methodology.

So what’s the real number?

The more recent 2014 test from Sydney also used 10 healthy participants. They reported the coconut sugar GI is 54. The serving size used was just 5 grams. That’s not much better than regular sugar made from beets or cane, which comes in at 60. (3) (4)

Is it good for you? 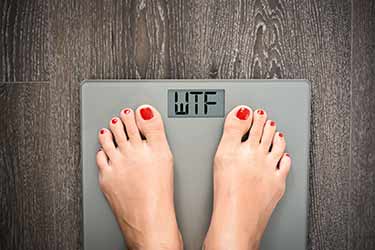 Anyone who says coconut sugar is good for you definitely has a skewed perception. With almost no vitamins or minerals and a glycemic impact that’s not much better versus white cane sugar, it’s hard to make a sound argument that it is truly healthy.

You can’t say it’s paleo given the manufacturing process used. Nor can you say coconut sugar is good for diabetics. Yes it may be slightly better vs. sugar and high fructose corn syrup, but saying it’s diabetic-friendly is kind of like saying a broken toe is better than a broken foot. All of these sweeteners can be terrible for your health. Being non-GMO and organic won’t change that.

And no, they won’t help you with weight loss. In excess, they will make you fat and give you type 2 diabetes. That’s the truth whether you like it or not.

The same can also be said about jaggery, which is another superfood scam. That one is from India and it’s said to be low GI, but it really isn’t. Likewise for honey. Depending on the source, honey can be even worse for you than the regular white.

Perhaps one benefit the sugar of coconut has going for it is that it’s vegan. Unlike table sugar from beet and cane, which uses bone charring to achieve the bleached white color, coconut is rarely put through that process.

We all indulge in bad stuff on occasion. There’s nothing to apologize for about that. But if you’re going around telling yourself (and others) that this is some Paleo-friendly, low glycemic superfood sweetener, you’re downright delusional.

Which sweetener is best?

Not stevia. You already know about the nasty aftertaste, but that is really the least of concerns.

The big problem that the public is unaware of is that stevia is safe according to the FDA’s acceptable daily intake (ADI) which is 7x lower than aspartame.

Yes, you read that correctly. To stay within the safe ADI, you need to eat 1/7th the amount of stevia vs. aspartame. That equals just 9 packets per day.

Why? Because when the bacteria in the gut breakdown the steviol glycosides, they produce the aglycone of stevioside, which is mutagenic.

This is the stevia side effect no one seems to be talking about.

The best sugar alternative comes from dates, which are dried and ground up into a powder. GI testing for it has ranged from 43 to 55. (5)

That’s not “healthy” or “good for weight loss” but it is less bad for you than coconut, cane, and corn syrup. We recommend this brand of date sugar.

If you want zero glycemic impact, then a good monk fruit product will be your best bet.