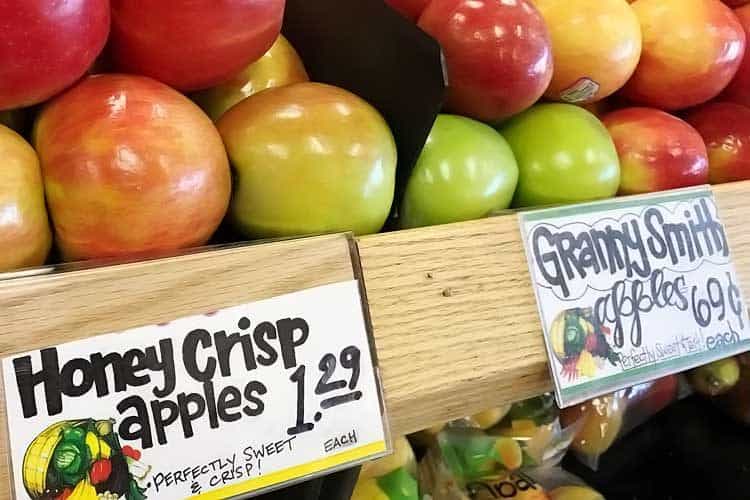 Next time you’re at the grocery store, pick one of these bad boys up and take a close look at the sticker. You will see a “TM” next to the name.

That’s right, its public history begins with a trademarked name.

Just like Coca-Cola or Hershey’s. You can’t sell any random apple and call it a Honeycrisp™ no matter how crunchy and juicy it is. Even if it has an identical sweet and tart taste that’s low acid.

But the intellectual property doesn’t stop there.

Even though it’s a trade secret, Coke’s current formula – the same one used for as long as you’ve been alive – never got a patent. But guess what is patented? 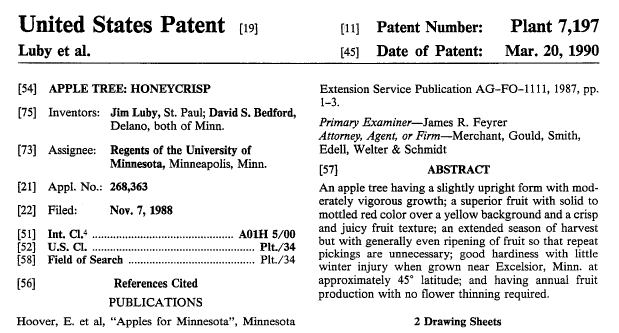 Or at least it was patented. Since it was filed in 1988, the 20-year term meant that it expired in 2008 (1). However in other countries like Canada, New Zealand, and Switzerland, the filings were done later and therefore, last longer.

For the European Union countries, it was patented with the name Honeycrunch vs. Honeycrisp. Both are the same, just a different name. In Europe, patents for the Honeycrunch last all the way out ’til 2031 (2). 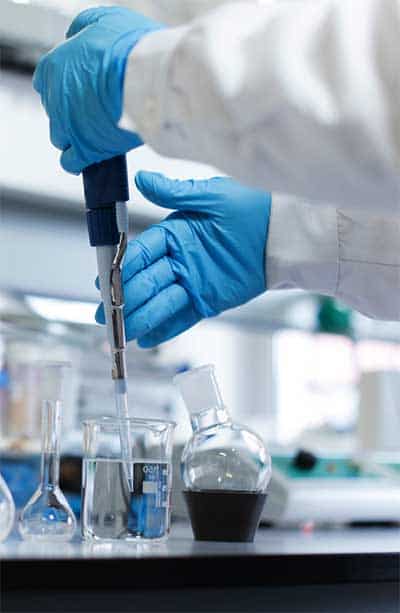 When people hear they are not only trademarked, but also patented, the first response you will get is an accusation that Monsanto made them.

It’s not Monsanto, but actually the University of Minnesota who created it.

The University’s MN 1711 tree was designated in 1974, but they didn’t begin selling it until 1991, which was three years after patenting the fruit (3).

Can you patent a natural fruit? Surprisingly, yes. Because of the Plant Variety Protection Act of 1970, hybrid seeds are eligible for patent protection.

Cross a couple and voila, you too may qualify for filing.

Many people forget that plants also have sex, so to speak.

The pollen from one enters the flower of another. Just like with any other life form, the offspring plant has the DNA from both of the parent trees.

In the history of the Honeycrisp, the patent application claims the two natural parents were Honeygold and Macoun, but that’s not true.

DNA analysis done in 2004 confirmed that the parents were two other varieties. One is unidentified, while the other is known as “Keepsake” which was another cultivar previously created by the University of Minnesota’s agricultural program (4).

Neither Keepsake nor the unidentified parent are GMO. Plus, the first GMO plant wasn’t even invented until 1982 (5). That’s 8 years after the Honeycrisp breed was first designated by the university.

Both conventional and organic Honeycrisp apples are non-GMO. It’s a natural hybrid.

Speaking of organic, a plant cannot even have the USDA certified organic seal if it has a genetically modified origin.

Why are Honeycrisp so expensive?

They reason why Honeycrisp apples cost so much is threefold. Prior to their patent expiration, supply was tightly controlled and orchards had to pay a royalty to grow and sell the crop commercially. Secondly, since this cultivar produces ripe apples over a staggered period of time, phased harvesting is required and that is more labor intensive. Lastly, because consumers are willing to pay more for their unique juicy taste. 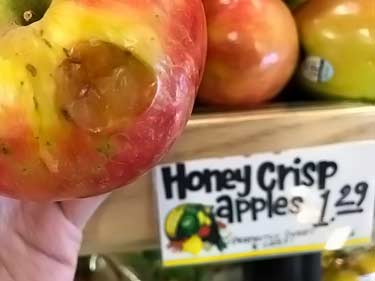 The fact they have a shorter shelf life and bruise more easily also drives up cost. Conventional is sensitive, but organic even more so. Your cost is also paying for the wasted fruit, whether that’s at the grocery store because they’re rotting, or from damage done during harvest and transit.

Is that increased sensation of moisture because they have more water content than Red Delicious, Gala, or Granny Smith?

The scientific reason why Honeycrisp taste so good is because they have a larger cell size than almost every other variety.

With other apples, your teeth are more likely to adhere or glide along the edges of the cells. Because the cells are so big in the Honeycrisp, they’re more prone to pop when your teeth strike them. This results in a burst of sweet juice hitting your tongue and mouth.

So it’s not that they have more water in them, but rather that it’s being “unlocked” much faster.

It’s a characteristic people are willing to pay the expensive price tag for. Often up to $2 more per pound, even versus those with cell sizes that are almost as large, like Fuji. Yes, that name is because it was created in Japan. It too is non-GMO.

The SweeTango is another natural cultivar developed by the University of Minnesota, with the same large cell characteristic (6). However, they didn’t begin selling SweeTango in the United States until 2009 and in Europe, it wasn’t until 2016.

Hence, its popularity still hasn’t caught on. Plus, some say SweeTango tastes more sour like an orange or Granny Smith versus honey. So it may never gain the same fanfare, even if it is just as crispy and arguably, even more juicy.

Why are Honeycrisp so big? 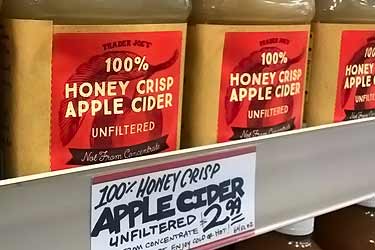 Only pay more for this cider if you want the flavor, not juiciness. Since juice involves pulverized fruit, the plant cell walls have already been burst and for that reason, you’re not getting that “flavor explosion” when you drink Honeycrisp juice. Likewise for the beer-cider hybrid, Shock Top apple wheat, which sells a flavor made from it.

It’s probably because of the fruit’s bigger cell size.

Kind of like how a tall man is more likely to have big feet, the increased cell size tends to correlate with the size of the apple. That’s likely why they’re so big.

If you want one that’s even more juicy, it’s possible (but certainly not guaranteed) that if you buy the biggest one on the shelf, it might have a cell size that’s even greater.

However, that is only theoretical. No studies have been published evaluating how the size of this fruit affects its cell diameter.

Are Honeycrisp apples good for you?

Answering this is a bit subjective, as different people value different characteristics. So let’s compare it to other common types of apples.

Getting this nutrition data was not as easy as you would think, since the USDA doesn’t include many branded apples. Under their branded food products section which contains some 70,000 entries, we found UPC code 033383046815, which correlates with Honeycrisp coming from the Michigan Apples Committee (7). They are the nation’s second largest producer, consisting of 825 family-run farms.

Since gala are normally smaller, we chose the entry for the large size so it would be more of an apples to apples comparison, pun intended. Regular and organic will have the same values.

The fact that Honeycrisp apples are so big is yet another reason their price is so high, on a per fruit basis. As you see, the average size and weight of 242g (more than half a pound) is about 14% greater than Red Delicious and 21% more than even a large Gala apple. Keep that in mind when comparing the nutrition facts above. Their sizes differ. 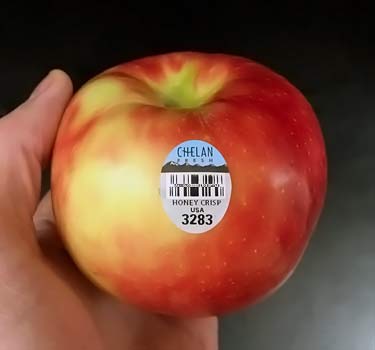 Honeycrisp do not have more sugar when you equalize the weights of these and other bestselling apples. And no, they don’t have added honey in them either (which is a question someone actually asked).

The amount of carbs in a medium or large apple only appear high in the above table, because this cultivar is bigger than the other varieties.

If you want smaller, you can cut your carbs in half by saving half the apple for later.

The best way to do that is to squeeze a little lemon juice (using bottled is fine) onto the piece you are going to save. Spread it around with your finger, so the exposed flesh is covered. Then, put it in a small airtight container and refrigerate. This helps prevent oxidation, which is the browning of fruit.

In moderation, whole apples are good for diabetics as a treat. In fact, they’re actually listed on the American Diabetes Association page for fruits which are the best choices (8). Because they have higher fiber and more of their sugar comes from fructose, the organization reports that most fruits have a low glycemic index (GI). However, tropical fruits and dried tend to have higher GI values.

How many calories, carbs, fiber, and grams of sugar there are in a Honeycrisp is comparable to other common varieties when you look at equal weights of each. They may not be good for your wallet, but the sweet and tart taste of this juicy cultivar is just as healthy for you as Red Delicious, Gala, Golden Delicious, Granny Smith, Pink Lady, and Fuji.

The most extensive method for measuring antioxidant activity is using an ORAC test and surprisingly, no data has been published on Honeycrisp throughout its entire history.

That’s not to say testing hasn’t been done. In fact, we would be willing to wager that Minnesota has done the test, but they haven’t publicized the results.

While not in reference to ORAC, but rather less elaborate testing, this has been reported about it:

“Honeycrisp and Red Delicious apple varieties had the highest total phenolic contents and a significant correlation with antioxidant capacity.”

That was reported in the Edible Medicinal and Non-Medicinal Plants: Volume 4, along with other interesting factoids about it. 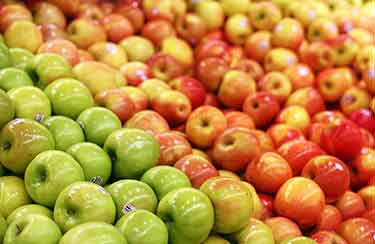 If it rivals Red Delicious, that is the highest known ORAC apple variety. Here’s how the most popular kinds compare on the ORAC scale:

Let’s pretend for a moment that the ORAC for Red Delicious vs. Honeycrisp was no different. If that were the case, it would mean it has 50% more antioxidants than Gala!

While only theoretical, that’s not a farfetched bet to make. Maybe it really is worth paying a couple bucks more for these!

Even if they do have a 4,000 or even 5,000 ORAC, that is chump change compared to the best antioxidant fruit in the world, which is over 50 times higher and unless you are familiar with the Ayurvedic medicine of India, you probably have never even heard the fruit before.