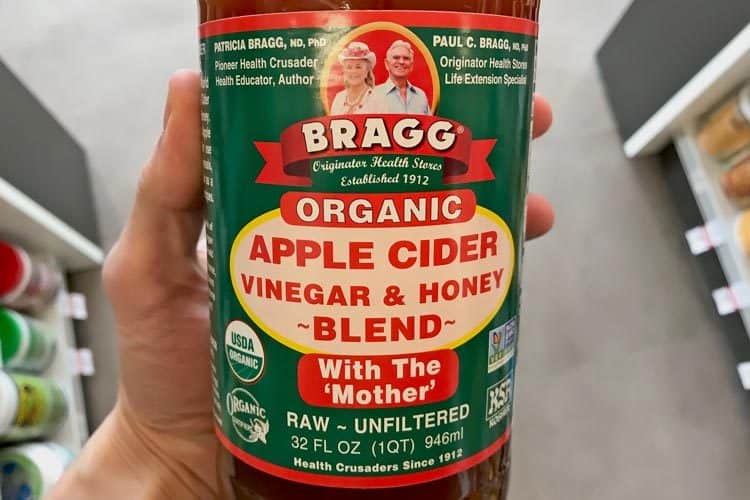 Does Apple Cider Vinegar and Honey For Cough Really Work?

What can I mix with honey for a cough?

As a home remedy, many people purport that mixing 2 Tbsp of ACV with 1 tsp of Manuka honey (or another variety) in an 8 oz glass of water can help get rid of a cough. Or at least, the mixture helps stop coughing at night, by reducing that tickle in the throat when you’re sick.

As first impression, this seems like a ridiculous remedy.

We all know vinegars can burn, so exposing the back of throat and trachea to further irritation seems like something that would make the symptom worse, not better.

That said, there are some scientific reasons to suggest there might be something to this remedy.

The clinical trials on honey

No studies have taken place which combine honey with cider vinegar, however there are at least 10 which have evaluated honey for daytime and nocturnal coughing in both kids and adults.

Some have to be ignored though, because they combine honey with dextromethorphan, which is the active ingredient in daytime Robitussin and Vicks DayQuil, or with diphenhydramine, which is Benadryl. One study even combined honey with coffee! (1) (2) (3) (4)

Setting those aside, there are still a few which suggest that honey really does work for coughs.

As published in Pediatrics, which is the official journal of the American Academy of Pediatrics, a double-blind and randomized trial pitted 3 types against a placebo treatment:

A total of 300 babies, toddlers, and young children (ages 1-5) participated who had upper respiratory infections. They were randomized into different treatment groups.

Those on the honey received a 10g dosage before bed, which is about 1.5 teaspoons.

For all 3 types of honey tested, cough frequency and severity was lower when compared to placebo (date syrup). Their sleep quality also improved. (5)

Another double-blinded trial from a Pakistani university had 145 kids (1-12 years old) who were diagnosed as having common colds with a cough. 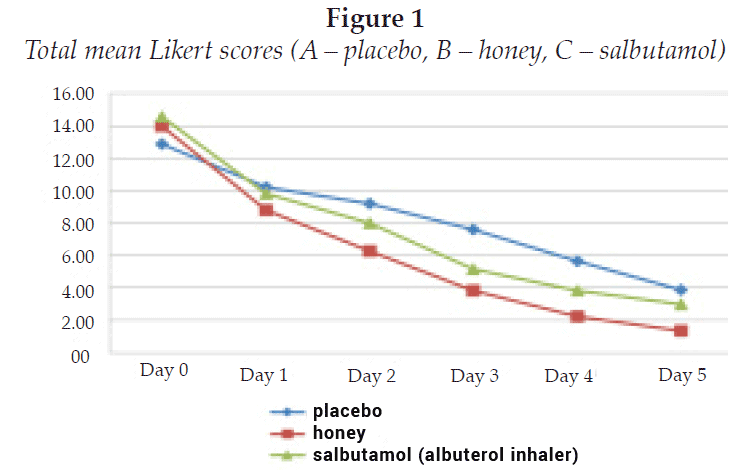 The placebo group experienced the least improvement. Honey, the red bar, offered the greatest benefit. It even beat those on the asthma inhaler, albuterol. (6)

If you search the nearly 30 million medical citations in the PubMed database for apple cider vinegar and cough, sore throat, phlegm, congestion, expectorant, or colds, you will come up empty handed. There are no lab, animal, or human studies on any of these topics.

Even though there is no scientific research to support such claims, as an old fashioned cough remedy many users report that apple cider vinegar helps loosen and thin mucus in their throat. Acting as an expectorant, this may help reduce that tickly cough sensation, especially when it’s caused by post-nasal drip.

Given the pungency of vinegar, this mechanism of action is not a farfetched theory.

Claims that drinking Braggs can cure a cough caused by the common cold or bacterial infection seem unlikely.

In 2017, a South Korean university published lab research which said:

“Our results prove the unequivocal antimicrobial activity of ACV to be true at full strength concentrations. However, the activity cannot be generalized because although strong antibacterial activity was observed at 25% concentrations, in terms of antifungal activity, yeasts, especially Candida were found to be less susceptible.”

In other words, when diluted to a 25% strength, there was definite antimicrobial activity. However, that’s seen in a Petri dish-like setting. It’s unknown if the same happens on infected living human or animal tissue. Plus, drinking a 25% strength may cause permanent damage to the teeth’s enamel, as documented in the side effects of cider vinegar. (7)

Even if raw cider vinegar and “the mother” inside were effective at killing bacteria and viruses on the surface of the throat’s mucus membrane, this would not be effective at eliminating the underlying infection during a cold or flu. That’s not localized, even though the symptoms can sometimes feel like it. 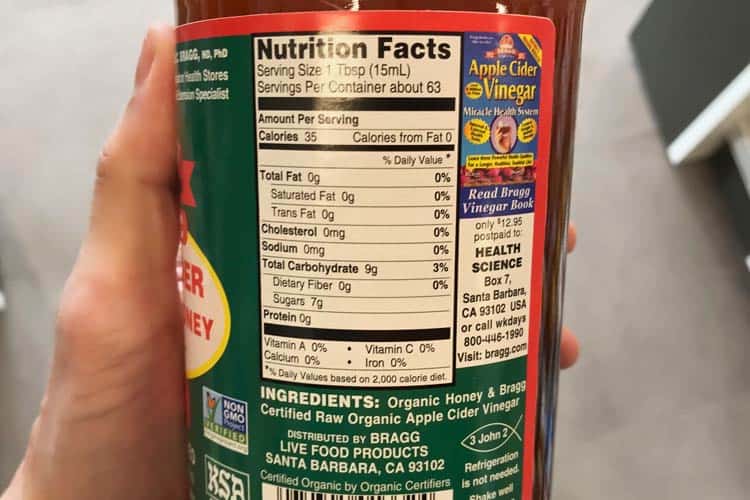 Normally apple cider vinegar has zero calories. When the honey is added, the typical recipes come in with around 35 calories per tablespoon. Those calories are coming entirely from carbs; 9g of those, with 7g being sugar. That’s according to the nutrition facts for Bragg organic raw apple cider vinegar.

There’s nothing listed on the label which suggests it would be helpful for coughing, or any illness for that matter.

The scientific evidence that apple cider vinegar and honey is good for a cold or cough leans more towards the honey component, rather than the vinegar. Although there aren’t studies to back any recipe helping a tickly cough and sore throat, all one has to do is swallow a little vinegar – even diluted – and the acidity and sourness will likely trigger a sensation in the throat and nasal cavities. A sensation that, similar to hot sauce and spicy foods, can help temporarily get the mucus flowing and cleared. That method of action is probably why so many believe it’s a good natural cough remedy.