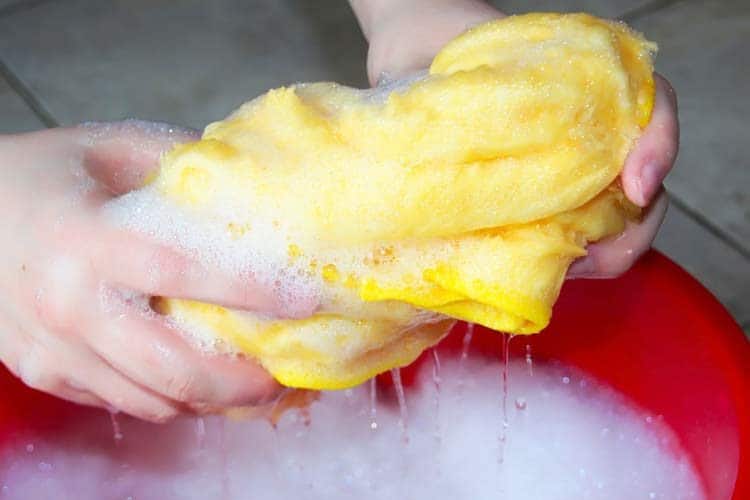 When it comes to the food we put in our mouths and the products we put on our skin, we spend so much time and money obsessing over how pure they are.

Yet when it comes to the surfaces used to clean and apply them, we give little thought.

Even if your lettuce is thoroughly rinsed and you wear organic sunscreen, how do those benefits compare to the potential dangers of your dirty towels and washcloths?

Some say the solution is silver-infused bath towels and dish rags. However, there might be safety issues with those, too.

Founded in 1994, Norwex is a Norwegian multi-level marketing company focused on selling household cleaning products which reduce or eliminate the need for added chemicals.

The bestselling brand of antimicrobial towels is BacLock, however there are others which use silver-infused threading.

Originally started on Kickstarter, Silvon bed sheets, pillowcases, and towels are made with silver-coated threads, interwoven with organic cotton. Reviews are generally positive.

Canadian-based SilverClear is an antibacterial and bactericidal coating which is used on woven and non-woven textiles.

Some allege that Norwex doesn’t work, or that the antimicrobial claims are not true. They say this because either the towels smells develop a mildew smell, or because the surfaces they clean can still harbor mold and bacteria.

People misconstrue the BacLock claimed benefit, which is that it’s “an antibacterial agent for self-cleansing purposes only.” That means it works for inhibiting new bacteria and mildew growth within the towel itself. It does not not kill bacteria or viruses on other surfaces you wipe clean, such as countertops and cutting boards. 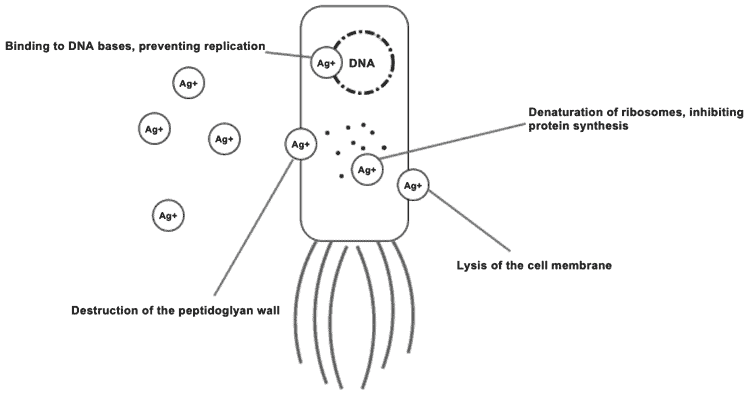 How Norwex BacLock and similar towels work is by releasing silver ions, which interfere with the growth and spread of bacteria. This is accomplished by interfering with an enzyme that bacteria need for their oxygen metabolism; the transmembrane transport. The silver also damages their DNA, which interferes with their reproductive process.

Unlike chemical sprays which typically kill bacteria within seconds minutes, the time it takes for a silver-infused cloth takes longer; from one hour to a day. Even though it doesn’t kill the bacteria on contact when wiping a counter, many or most of the microbes will adhere to the microfiber cloth. Then as time passes, those on the cloth will die off. That’s how BacLock works.

The antimicrobial properties of this molecule are well documented, both scientifically and historically.

Before people even knew microorganisms existed, water jugs made of silver were prized because people seemed to be less prone to sickness when drinking from them. It was used in wound dressings, right up ’til the invention of antibiotics in the 1940’s. (1)

There are numerous lab experiments and studies which demonstrate how silver inhibits bacterial growth, when in proper concentration and in a solution or on a material that allows for direct contact. 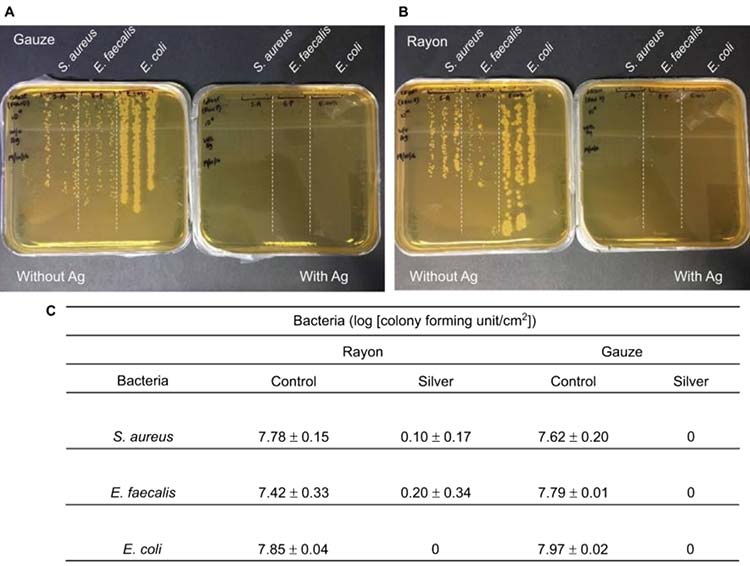 The above photo shows cultures of Staphylococcus aureus, Enterococcus faecalis and Escherichia coli after being exposed to fabrics infused with silver nanoparticles for one hour. On the rayon fabric, there is a 97% or better reduction. On the cotton gauze, there is a 100% reduction. (2)

Yes, BacLock really works, though not in the way many believe. It inhibits bacterial growth within the cloth. It’s not suitable for sanitizing your kitchen or bathroom.

Whether it’s Norwex BacLock or other cleaning cloths with silver in them, they are not safe for food prep. They don’t kill germs instantly on contact, nor do they fully sanitize the surface they wipe.

Colloidal silver and nanoparticles have little to no efficacy on viruses like influenza and the rhinovirus, which causes the common cold, because viruses don’t have cell walls. Therefore, that mechanism of action doesn’t work. However, colloidal silver may interfere with viral growth in other ways, such as by oxidizing them.

Just as silver ions are bad for bacteria, they also may be harmful to your skin cells.

They can have a pro-oxidant effect; meaning they induce oxidative stress.

In an experiment where human skin fibroblast cells were cultured in petri dishes, the addition of silver ions increased the production of reactive oxygen species (oxidants) in dose-dependent manner. 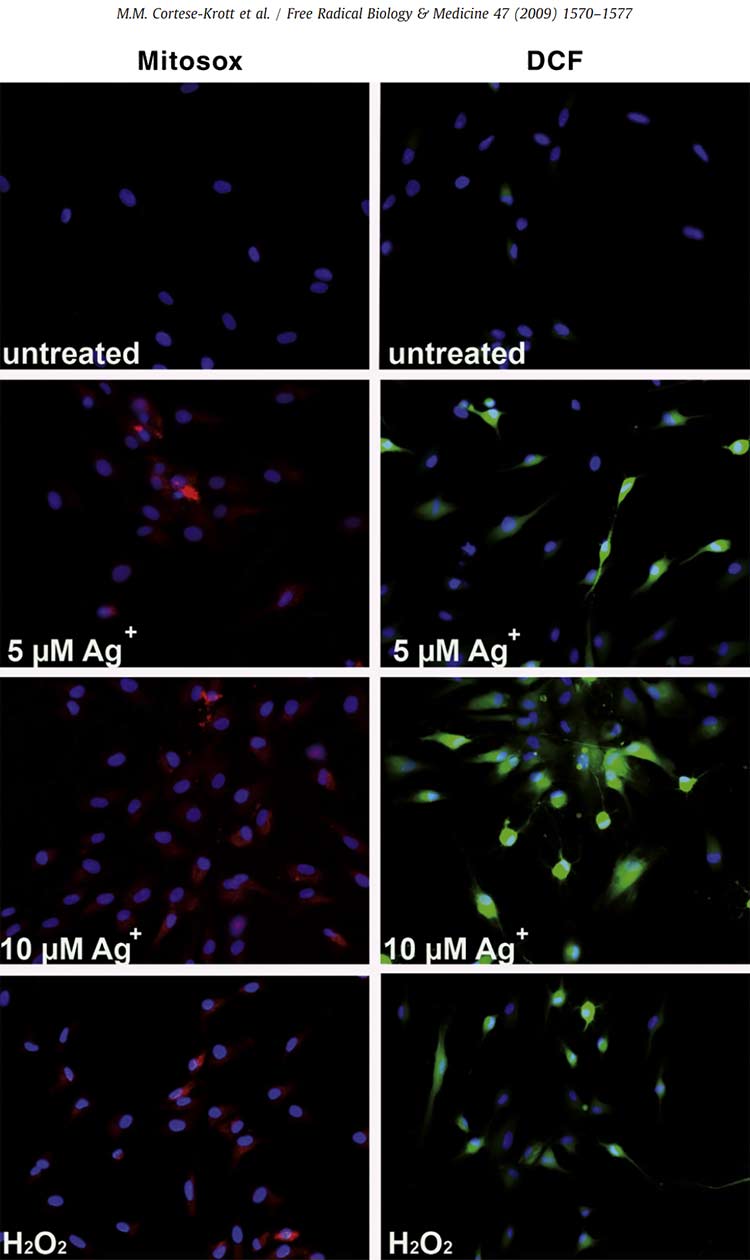 The amount of oxidative damage was comparable to hydrogen peroxide (H2O2). That chemical is often used in experiments as a positive control, because it’s a potent inducer of oxidative stress in humans and animals. (3)

Silver towels and bath mats, including Norwex BacLock body cloths, work by releasing silver ions. The process is slow, as they last for dozens of washes. Norwex has a 2-year warranty on their Enviro Cloth.

That being said, any potential harm or danger may be less than the oxidative stress caused by chemicals found in common cleaning products and harsh soaps.

Still, this is a safety concern about cleaning cloths and towels with silver in them that needs more research, in order to quantify the risk and compare it.

In the study, they raised several alarming points and emphasized how the problem is not regulated by the FDA or similar government bodies:

“Because government does not specifically regulate the use of nanosilver in products, the onus of protecting human and environmental health from potential adverse effects currently falls on individuals.”

In short, silver-containing cleaning clothes are a viewed as a “natural” alternative to traditional cleaning chemicals. Even though the adverse reactions may not be as profound as bleach and other caustic chemicals, there are possible side effects to consider in terms of the microscopic effect they may be having on the skin, as well as the environment. (4)