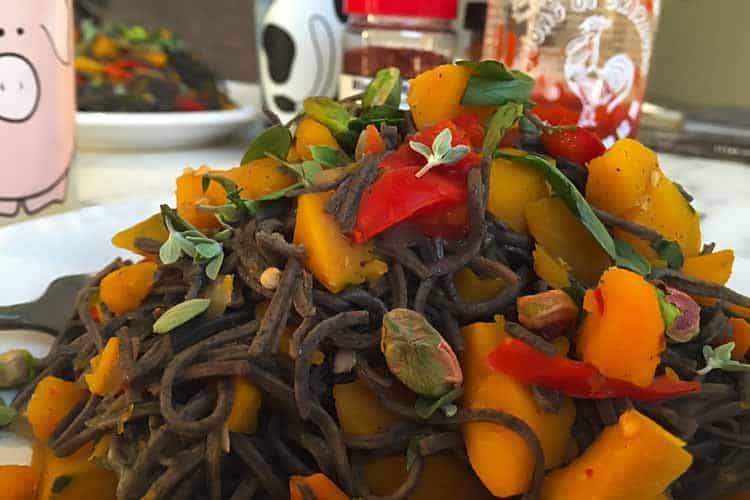 Aside from being expensive, the biggest frustration with gluten free noodles is the ingredients they use.

There are plenty of other nutritious grains, but instead they often use cheap fillers like rice.

So what is the glycemic index of brown rice flour?

The University of Sydney – who is at the forefront of research for GI rankings – stated the following (1):

“To date there are no GI ratings for refined flour, whether it’s made from wheat, soy or other grains. This is because the GI rating of a food must be tested physiologically that is in real people.”

Surprising, but the truth!

Although no one has been able to find enough volunteers to scarf down 50 grams of raw rice flour for testing purposes, they have had no problem recruiting people to test the GI of products made with gluten free flours like rice and corn. Here are 5 of the highest in their database…

Out of the 35 entries for noodles, the top several spots – as in those with the highest glycemic index ratings – go to the GF versions!

The Australian brand Freedom Foods did test test lower, but that’s probably because it contains additional ingredients and was likely cooked al dente. That decreases the glycemic index.

Because when it’s under-cooked, it takes longer for your body to digest and hence, the sugars (carbs) are released slower.

Contrast the above vs. regular wheat pasta, which often have a GI in the 40’s or 50’s. Whole wheat versions have tested as low as the 30’s and high 20’s.

Why? Because wheat naturally has more amino acids and less carbs than rice and similar.

When we talk about better options, this is not just a predicament for bodybuilders and fitness buffs who want more protein in their diet.

It’s also of vital importance to diabetics and pre-diabetics to not be indulging in high GI foods that spike their blood sugar.

It’s not easy for celiacs to find low carb pasta (which have less glycemic impact) because of the types of flour typically used in wheat-free versions.

In those 35 tested brands, when you exclude the entries with added sauce, what is the lowest GI pasta?

Here are our reviews for good alternatives to the rice-filled, corn-filled, and traditional wheat recipes. Higher on this list doesn’t necessarily mean the best though, as they each have their advantages and disadvantages (and yes, all of them have some flaws). The “best” one depends on which factors matter most to you.

1. The Only Bean spaghetti

The highest protein gluten free pasta brand is The Only Bean. It has 44g of protein per serving per 3.5 oz serving, which is almost 4x higher than durum wheat spaghetti and 2x higher than lentil.

The reason this Michigan-based company can pack theirs so full of amino acids is because they use zero fillers.

Get the 6-box variety pack on Amazon 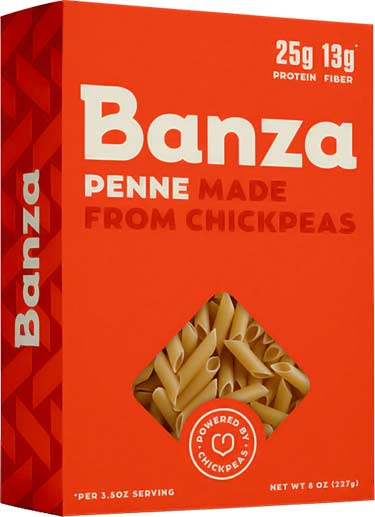 The Banza company was founded in 2013 by two brothers, Brian and Scott Rudolph. At the time, the youngest (Brian) was just 23 years old. They tinkered away to create a gluten free vegan pasta recipe that you wouldn’t have to feel guilty about eating.

You can get a 6-pack of it on Amazon 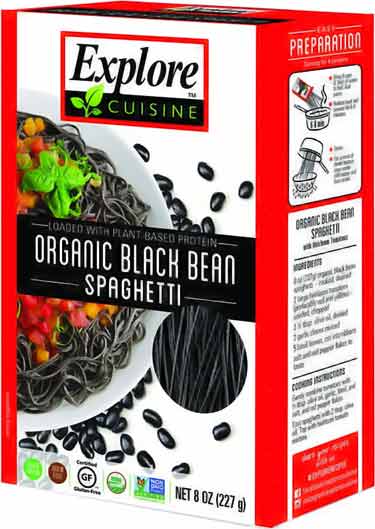 You may have seen this product sold in a bag before. A couple years ago they switched over to a box.

In addition to the new packaging, they also shortened the name to Explore Cuisine from Explore Asian Authentic Cuisine.

The Explore Cuisine brand does make soup too, but by far the lion’s share of their business is the unique GF pasta noodles made with beans. They have 20 to 25 grams of protein per 2 ounce serving.

That plate of pasta you saw at the top of the article was made using this product.

Get a 6 pack on Amazon 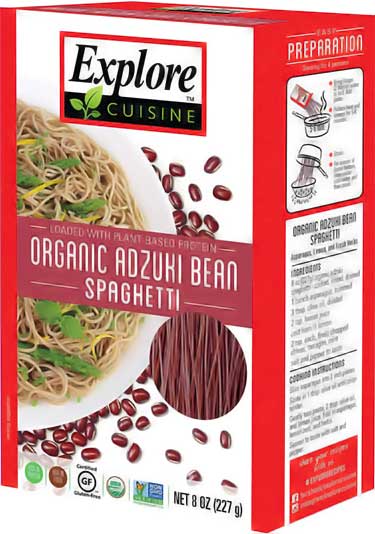 There are actually two kinds from Explore Asian that we like and this is the other. Between the adzuki bean versus the black bean, you will get more with the latter but it’s not a huge difference.

In addition to these flavors, there are 3 others; edamame, edamame and mung bean, and soybean. We don’t like recommending those because they all contain more soy (edamame are immature soybeans). For men, that may not be a good choice since soy is one of the highest estrogen foods.

Here’s the 6-pack for adzuki 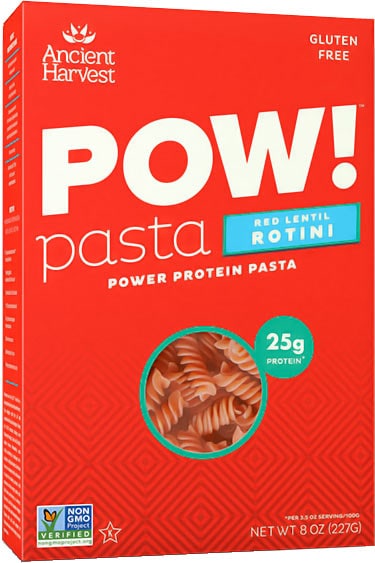 Chances are you are very familiar with this brand, since it’s one of the most widely distributed at grocery stores. But whether you’re talking about your normal supermarket like Kroger or your local Whole Foods, most tend to only carry the “Supergrain” product line.

The Supergrain mac and cheese is well reviewed for taste, but that is only 5 grams per 233 calorie serving (about 2% protein content).

You would think the Ancient Harvest quinoa pasta would be better but it’s actually worse; 4 grams per 200 calorie serving.

This is because the first ingredient for both is corn flour. Being how much exponentially cheaper corn is, we are guessing that’s why they use it versus 100% quinoa flour.

Within the past couple of years they came out with their “Protein Power” noodles, which have recently been re-branded as POW! (yes, with the exclamation point). It’s a diverse product lineup; black bean elbows, red lentil rotini, red lentil linguine, green lentil penne, and green lentil spaghetti.

Per serving, their black bean pasta is lowest at 21 grams of protein, while the other four all have 25 grams. Between the red lentil versus the green, we prefer red since many report green lentils in general as potentially being a bigger cause of gas and bloating

On that note, with any bean or lentil products, get some Beano tablets as they work great at preventing gas. 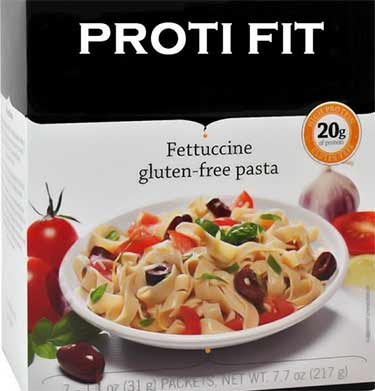 Proti Foods is a brand owned by Vital Nature Inc. out of San Antonio. Protidiet is a program based on eating protein rich foods for weight loss purposes.

In those glycemic index measurements reported by the University of Sydney, we mentioned how the lowest glycemic pasta out of the 35 tested happened to be gluten free. Which brand was that? This one.

Though you can’t say it’s the lowest GI rated, as there were less than 10 in their database and none of the others on this list were in it. This is a good one for diabetics but really, we would expect all of the brands on this list to test as low to moderate.